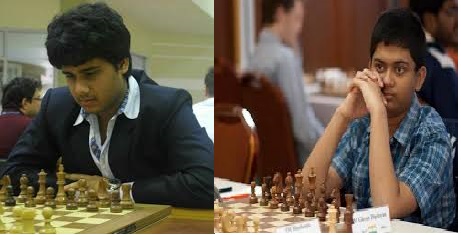 Indians Grand Masters from the eastern region, Debashis Das of Cuttack and Diptayan Ghosh of Kolkata ensured that Indian presence in the podium was at a majority when they finished second and third place in the 10th Kiit International Open at Bhubaneswar on June 2, 2017.

The 1989-born winner, Nguyen Duc Hoa of Vietnam started as seed No.7 and ran through the Indians starting with Kishan Gangolli, the blind chess champion of Asia. But he was shocked by Manipur’s Vikramjit Singh in the third round. He faced only one player from outside India. It was Ziaur Rahman (Ban) whom the Vietnamese won. The Vietnamese won the event finishing half a point ahead of the rest with 8.5/10.

Second seed Diptayan Ghosh finished third losing 1.30 Elo. He remained undefeated and ceded too many draws in the start to youngsters D Gukesh (AP), Nirajan Navalgund (Kar) and Arjun Kalyan (TN). In the end, Diptayan scored 3.5/4 to finish third. Diptayan faced two overseas players (both GM) only and beat both of them.

The event was organised by the All Odisha Chess Association and the Kiit University from May 26 to June 2, 2017. Odisha is one of the active zones of Indian chess and they also organised the World Junior last year. This International Open is now running for ten years!