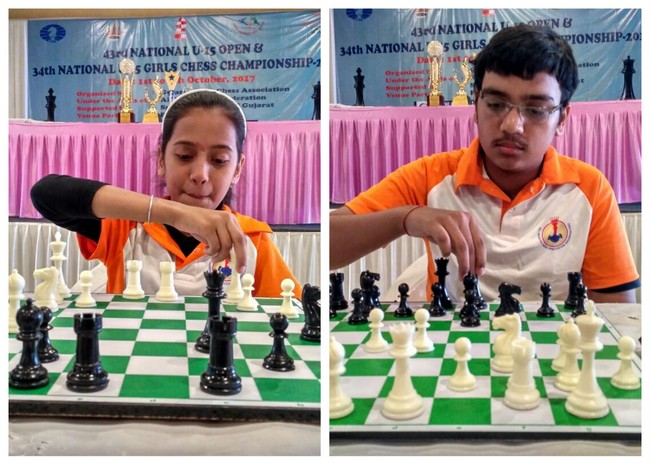 All photos by I.A Vasanth BH

The last three rounds of National Sub-Juniors Championship was nothing short of drama, tears, and joy. The eleven-round event which started off at Rajpath Club, Ahmedabad has concluded today. Sankalp Gupta (2244) and Divya Deshmukh (2051), both from Nagpur in Maharastra have emerged champions in the Open and Girls category respectively. 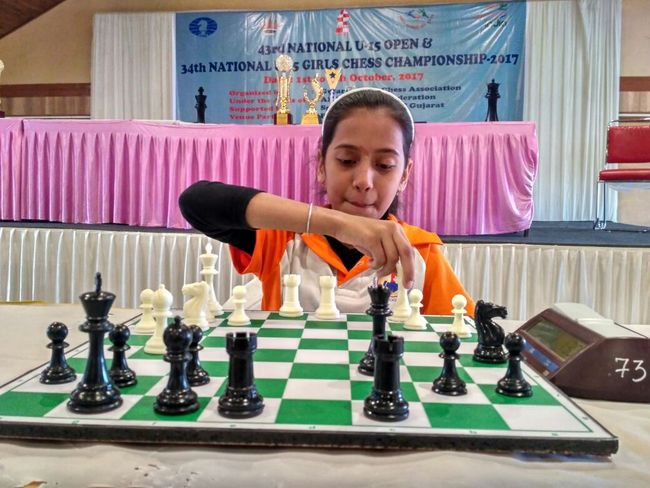 WFM Divya Deshmukh who was trailing behind the leaders during the first half of the tournament, took charge as she commendably won last three games in a row. This performance effectively made the 12-year-old take home the winners trophy by a half-point margin ahead of her nearest rivals.

Speaking about Divya’s performance in this championship, “She recently won the World youth and this title comes within a short span of that title. Which shows, that she has not lowered her guard, does not want to rest on her laurels but go from strength to strength. She was playing little passively in the first half of the tournament but started playing more actively towards the end of the event. Very happy for her and her parents who have toiled a lot on her behalf. She is in dire need of a good sponsor to enable her to play in Europe and increase her rating.” said coach Grandmaster R.B. Ramesh.

Meanwhile, Sanskriti Goyal who dominated the first half of the championship lost to first-seeded Aashna Makhija in the 9th round. Sanskriti settled for second place with 9 points after winning last two rounds. Odisha’s WFM Salonika Saina who was closely following the leaders finished third with 8.5 points. 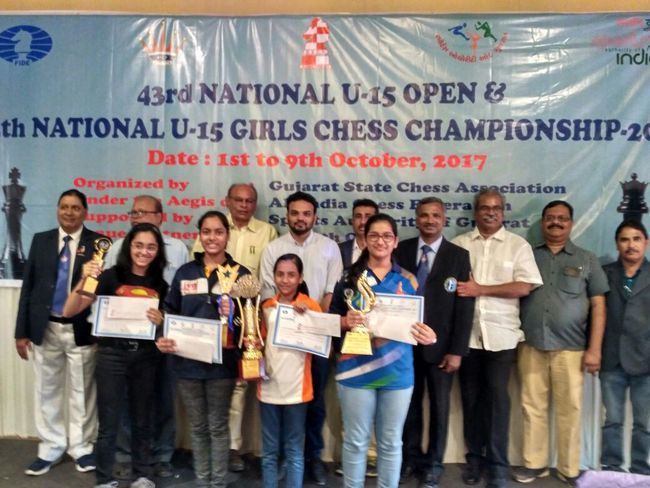 In the Open category, Sankalp Gupta showed true champions spirit by beating overnight leader Koustav Chatterjee with Black pieces in the 9th round. 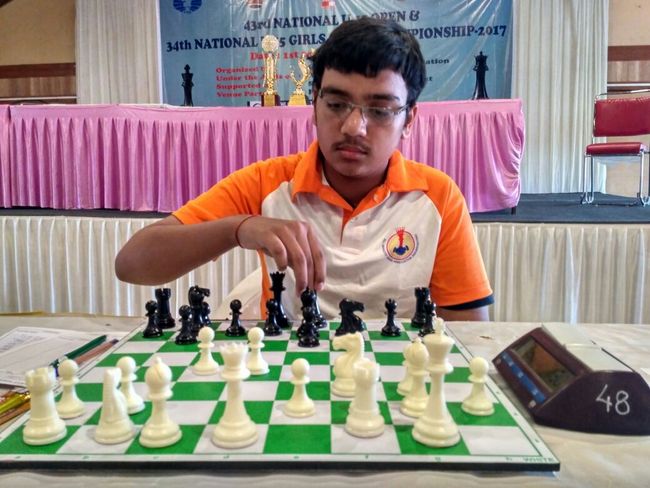 His coach IM Swayams Mishra pointed out, ” Sankalp is a hard worker & very quick learner. From the past year, he had good results against many Indian GMs but ranking in national age-groups was due. His last two games winning with black pieces (against the players who were undefeated until then) were remarkable. The 10th round game against Koustav was flawless. Also, the endgame in the final round was a good way to finish the tournament.”

Koustav Chatterjee made a comeback after his loss against Sankalp, he defeated Rahul VS to claim the second place in this championship. Third place went to FM Erigaisi Arjun who had excellent first half and continued his solid run. 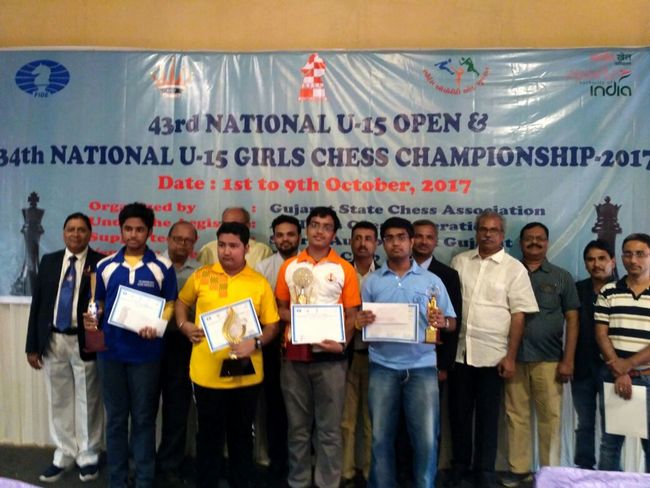