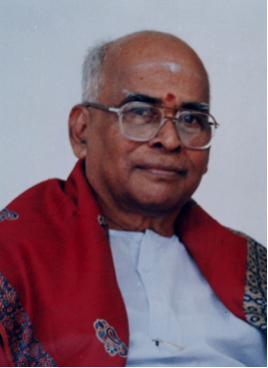 He was President of All India Chess Federation between 1985 to 1989, President of Tamil Nadu Chess Association from 1975 to 1984 and later from 1999 to 2002. His singular contribution to sports in general and chess in particular is overwhelming.Long before the Government brought in a scheme of cash awards for Indians becoming International Masters and Grandmasters Dr.Mahalingam already was already having that in Tamil Nadu and when he became AICF President he extended the same to the whole of India. He gave Rs.20,000 to any one becoming IM and Rs.50,000 to any one becoming a GM. Dozens of Indian players benefitted from this scheme. When TNCA organized the Mariammal-Mahalingam FIDE Rating chess Tournament in 1983 one of the players to get his first FIDE Rating was Viswanathan Aanand.  It was in the fitness of things that Anand accomplished his third and final norm at the Sakthi Finance GM Tournament sponsored by Dr.Mahalingam at Coimbatore in 1987 and became a Grandmaster. Apart from the tournament sponsorship he financially supported budding chess players when they needed encouragement. His assistance was substantial, quiet and not publicized. Dr.Mahalingam who moved with men who mattered-Governors, Presidents, Ministers and the elite in every field but always treated ordinary people with extra-ordinary courtesy and warmth.

A renowned industrialist and a  recipient of several awards including the ‘Padma Bhushan’ in 2007, he was elected to the state assembly from Pollachi constituency in 1952, 1957 and 1962 polls and had played a key role in development projects, including the Parambikulam-Aliyar water project.He was a recipient of Indira Gandhi National Integration Award and had been a member of the State Planning Commission for two terms. A staunch Gandhian, educationist and philanthropist, 91-year-old Mahalingam’s end came on the Gandhi Jayanthi Day. Indian chess is poorer in his demise. All India Chess Federation and Tamil Nadu State Chess Association deeply mourn the death of their former President.