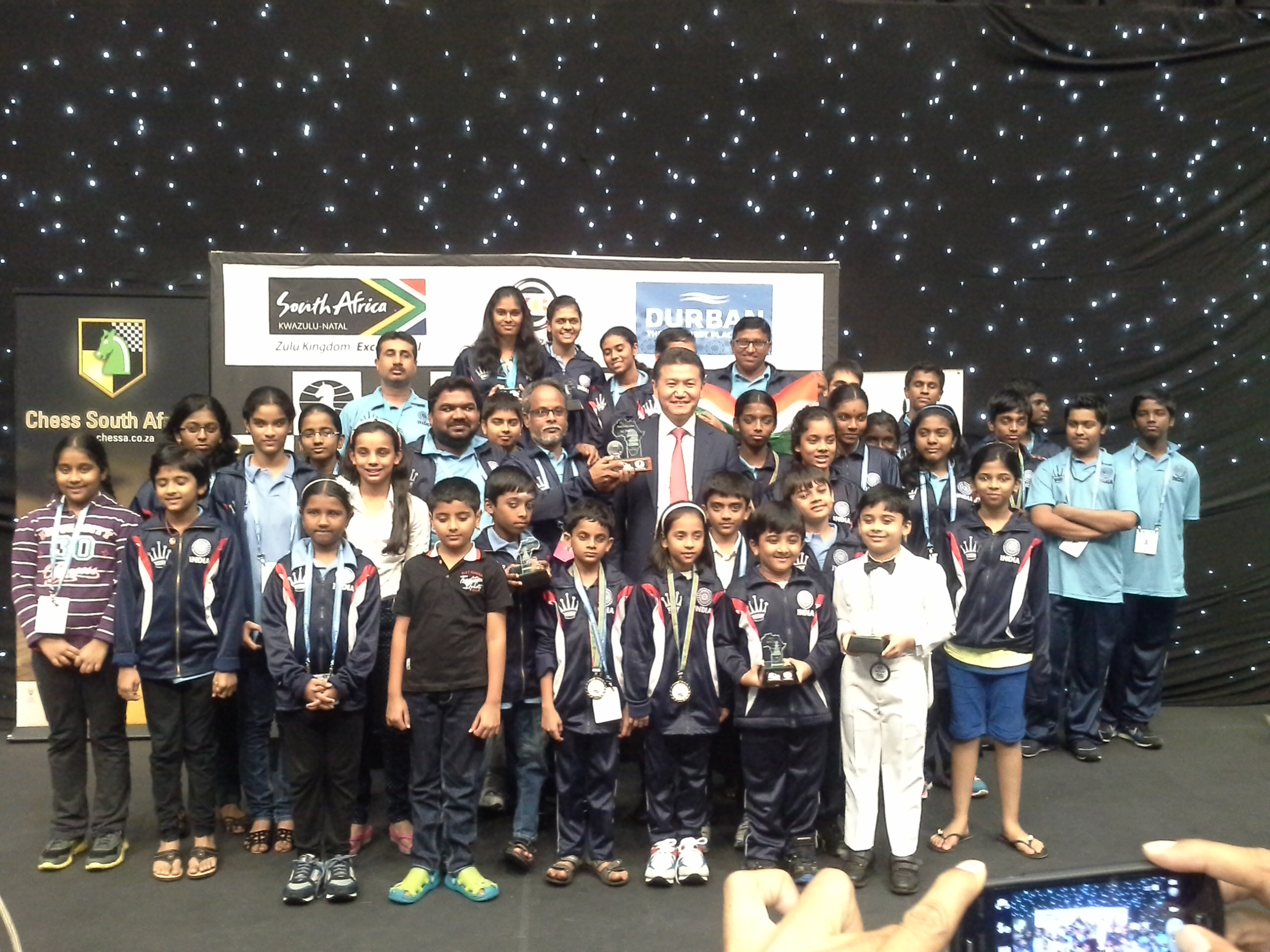 India continued its dominance in the World Youth Chess Championships 2014 too held at Durban when we bagged six medals in all, 2 gold, 2 silver and 2 bronze. After a tense final round played in the morning, the Indian players emerged with flying colours bagging the honours.

Though our young star Nihal Sarin, who was leading the pack by a full point lost his game today, his nearest opponent was comfortably held to a draw by Kushagra Mohan which sealed the Gold for Nihal Sarin in the Under 10 Boys Category. In the Under 10 Girls Category, our other star, Divya Deshmukh, who was also leading all the way, was held to a tense draw by her opponent on the top table, while her hot pursuer from Kazakhstan slowly but surely outplayed Mrudul Dehenkar on the second table. With both players tied on 10 points each, the tie-breaks were applied and Divya Deshmukh edged out her Kazakh rival to emerge with the Gold.

In the Under 16 Open category, GM Elect Aravindh Chidambaram scored a fluent win over Dragnev Valentin of Austria to emerge with a Silver medal. Grandmaster Vaibhav Suri followed suit when he crushed Alekseenko Kirill of Russia to take his tally to 8.5 points and bag the Silver medal.

In the Under 8 Boys section, CM Luke Leon Mendonca struck a Bronze Medal when he drew his game against much higher rated opponent Guo Arthur from USA. In the Under-14 Girls section, Vaishali won her game against Ragozenco Teodora of Germany to move to 8 points and win the Bronze medal on tie break.

Though our medals tally is only six compared to eight last year, this year also India is bagging the Overall trophy for the best performing country for the third time in succession. The second best performing Federation was Russia with three medals, while Kazakhstan bagged the third best Federation.