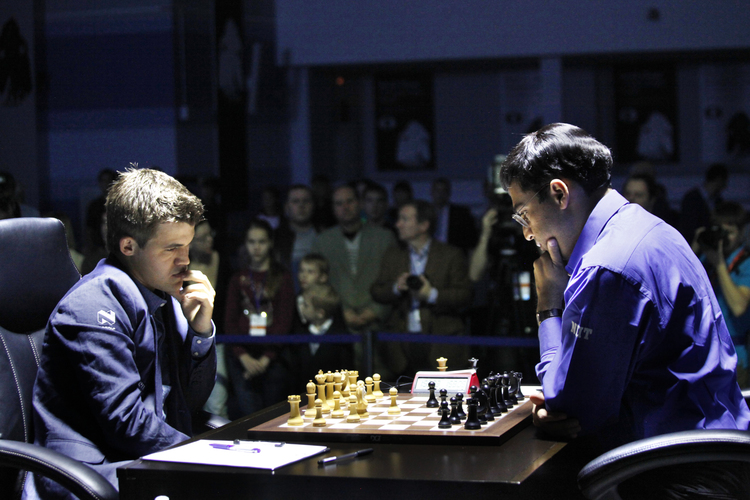 The fifth match game was a draw much to the disappointment of the Anand fans who were expecting something more from this encounter. It was a crucial encounter and in the end, Carlsen drew without much sweat at Sochi, Russia on November 14, 2014.

In the remaining seven games, Carlsen had four white games and Anand three white games on hand. The sixth match game will take place on Saturday with Anand having to defend with the black pieces. The scores are level at 2.5-2.5 now. The winner is the first player to reach 6.5 points in the 12-match series. 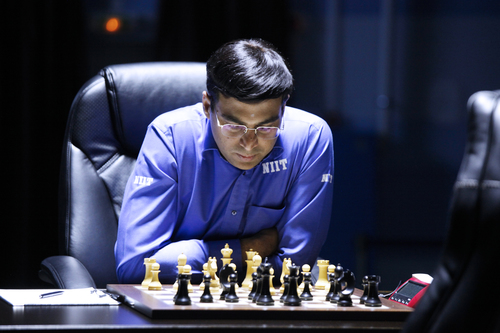 The players drew in under three hours after 39 moves when they reached a level rook and pawn ending. Anand started with the queen pawn and Carlsen revealed his third opening choice, the queen’s Indian defence. Carlsen had done a lot of learning and his third large repertoire means he is holding a lot of opening theory in his head.

White did not get much after the opening. The pawn mass in the centre did not yield any advantage and whatever advantage for white was in space that black was able to manage. In the opening, Carlsen took less time for the first time in the match.

Carlsen sidestepped many traps that could have put the black side in immense danger. The pressure on the Norwegian was high in this encounter and stood the test well. Anand who had impressed in previous white games, has made his fans to raise expectations with his penetrative preparation. That was missing in this game although he drew comfortably. 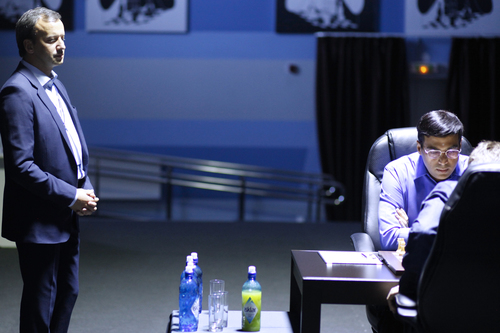 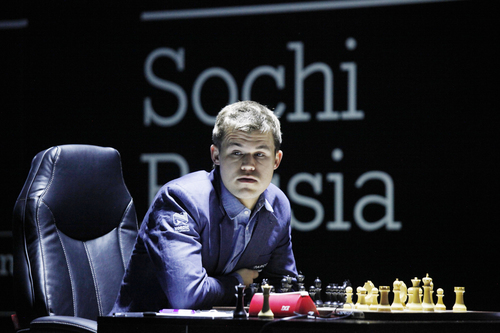