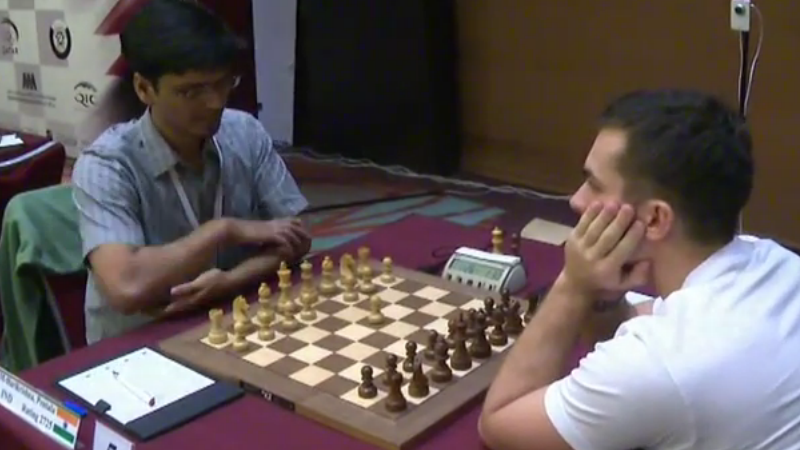 Pentala Harikrishna is among the 14 leaders on full two points after two rounds in the Qatar Masters Open at Doha. This USD 25,000 first prize event has attracted most of the world’s top grandmasters to Qatar.

Second seed Vladimir Kramnik of Russia who is known for unseating Kasparov and giving the Berlin variation of the Ruy Lopez shape is still without a victory after two games. Kramnik was held to a draw by former Asian junior champion M Shyam Sundar of Chennai with the white pieces.

Kramnik shot into limelight in the Manila Olympiad of 1992 in Asia. Kasparov picked him in the Russian team ahead of other established names and he justified that selection. Two years later, he lost the Candidates Match against Gelfand at Sanghinagar in India. Now he is struggling at Doha.

The real Indian hero is Neelotpal Das. He has defeated Bologan in round one and drawn Milos in round two. His rating gain is more than Harikrishna at this stage.

Among Indians on one point are Shyam Sundar, M.S. Thejkumar, S Vijayalakshmi, Shardul Gagare and Debashis Das. Debashis faces Kramnik with white in round three.

The event is so tough that three of our well known players, Adhiban, Karthikeyan Murali and Sayantan Das are yet to open their account after two games. This is nothing to be ashamed about since bigger names like Naiditch, Bologan and Zhu Chen are also in the same boat without any score!