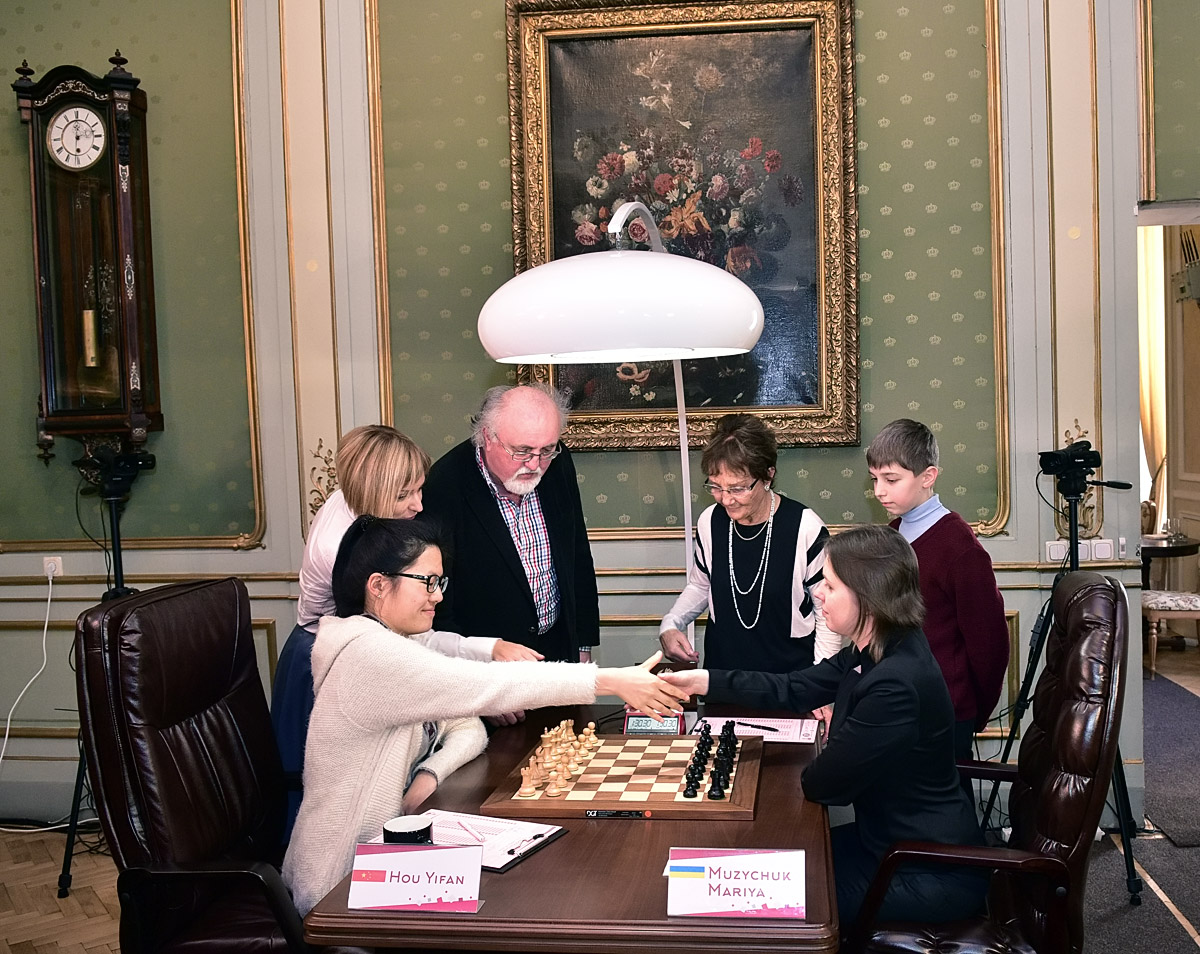 Hou Yifan, 22, from Xinghua, China won the World Women’s Chess Championship for the third time at Lviv in Ukraine on March 14.  Hou Yifan, born Feb 27, 1994 became the youngest world women’s champion in 2010. She was eliminated when Anne Ushenina won the knock out in 2012. She wrested the title back in 2013 and lost the title in 2015 when she did not participate in the event.

This 6-3 win over Mariya Muzychuk is her third title. She won three games and drew six to remain undefeated.  Hou Yifan won game nine in 46 moves with the white pieces. She was about to promote her queen rook pawn when the Ukrainian titleholder threw in the towel.  Hou Yifan  is over 100 points ahead of the second highest rated player in the women’s list.

Judir Polgar, Maya Chiburdanidze and Hou Yifan are the three women who have been in the men’s top 100. Her best rating is 2686 recorded in March 2015.