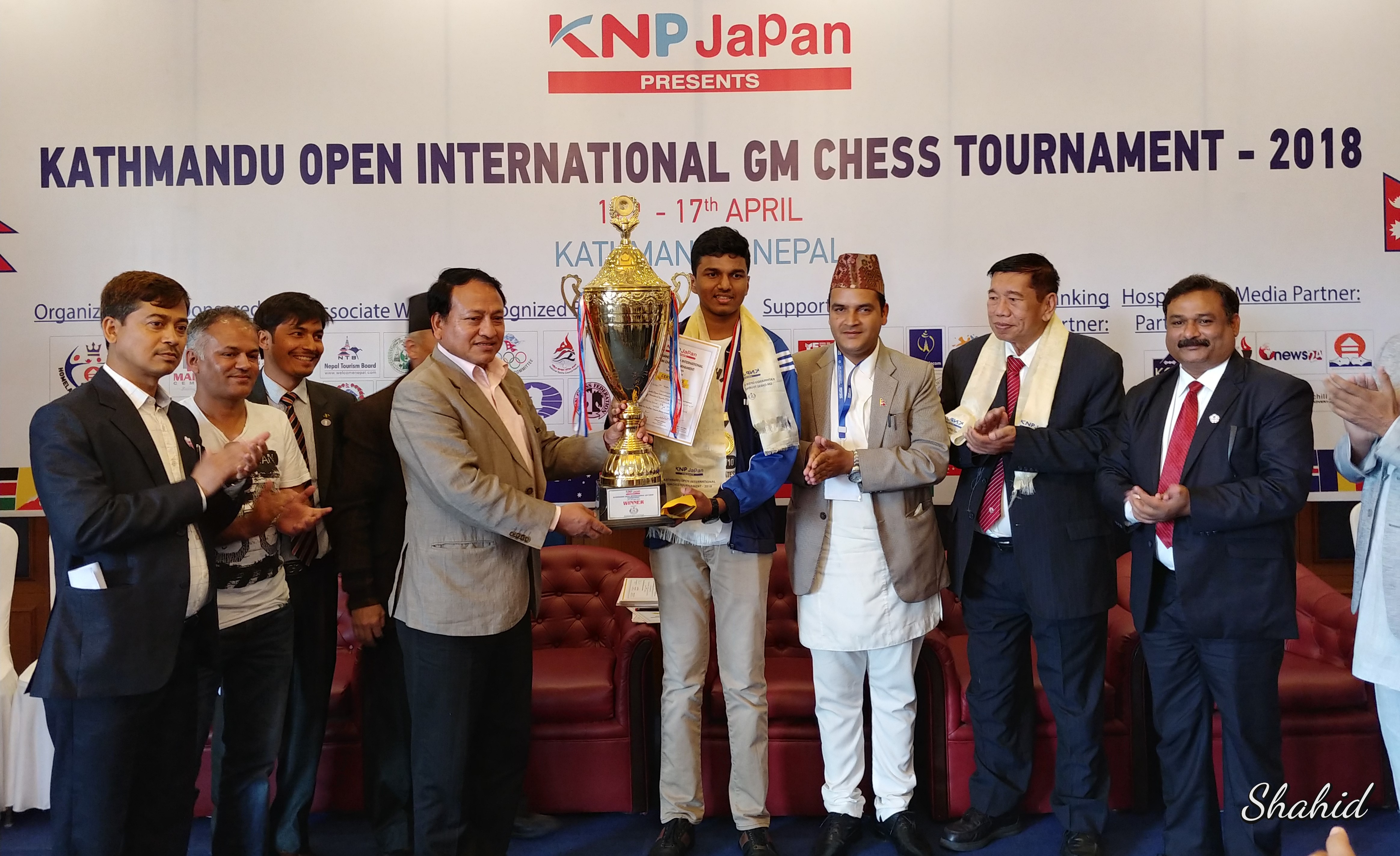 Eighteen-year-old Harsha Bharathakoti has won the Kathmandu GM International Open Chess Tournament held in Kathmandu, Nepal. With this win, Harsha bagged a glittering trophy along with winner’s cash prize of Rs. 2,00,000/- The five-day event which ran through 12 to 17 April 2018 saw the participation of 63 Indians.

Harsha scored  7.5/9 and was half-point ahead of his nearest rivals. He drew against Azerbaijan’s Grandmaster Mirjorv Azar in the final round to emerge as the winner.