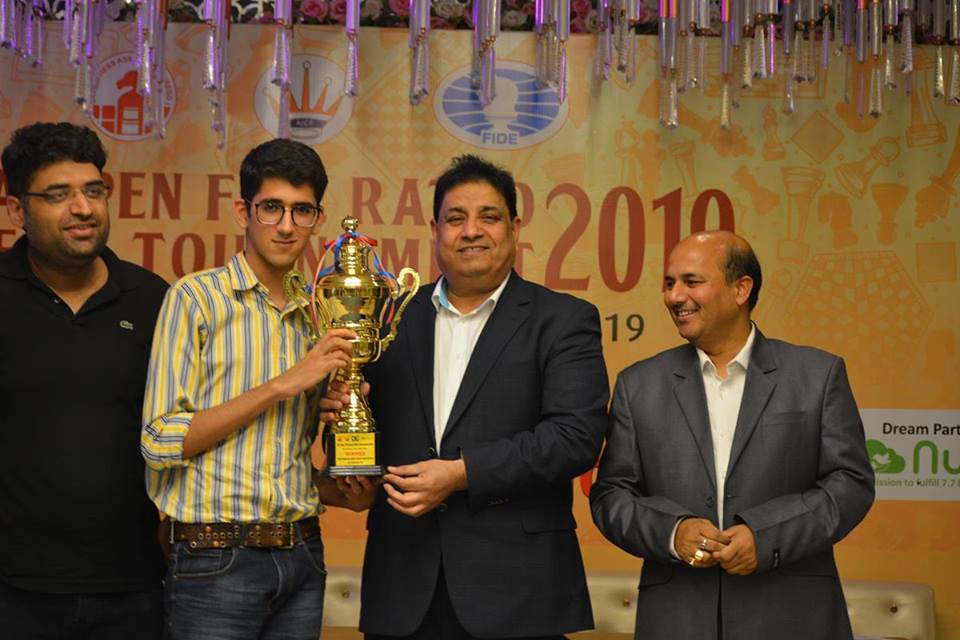 A total number of 641 players which includes ten International Masters and 532 International rated players from different parts of India and four foreign federations have participated in the event which was spread over five days with a time control of 90 minutes and 30 seconds increment from move 1. The total prize fund of the event was Rs.18,18,000.

The four-way tie for the top spot was resolved by tie break score. Local lad Vardaan Nagpal edged out others to clinch the title along with a cash award of Rs. 1,01,000/- while Bharat Kumar Reddy finished as first runner up to pocket a cash prize of Rs. 75000/-

FM Matta Vinay Kumar secured the second runner up trophy along with Rs. 50,000/- cash prize while Rishi Sardana of Australia was placed on the fourth spot.