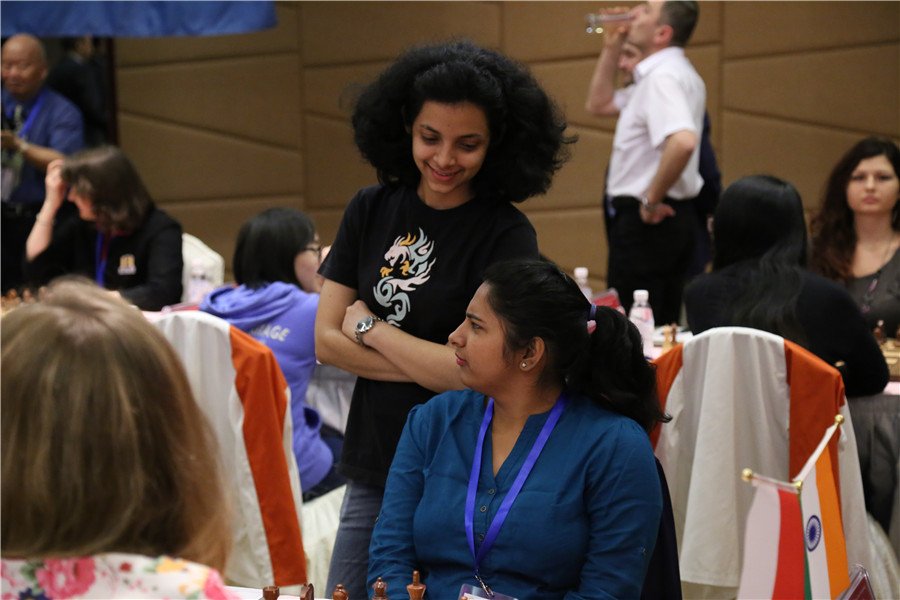 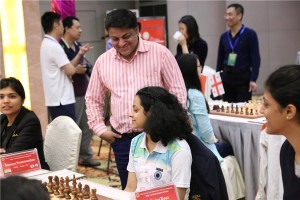 India’s fourth place stands as a new record for the World Women’s Team Chess Championship. Our best in the Olympiad is also fourth at Istanbul 2012. Humpy and Harika are world beaters and with little support from the other boards India can win medals.

India played in the World Women’s Team Chess Championship as a FIDE President’s entry. In the end, our players justified that selection by winning four matches, drawing two and losing three to take the fourth place at Chengdu, China on April 28, 2015. 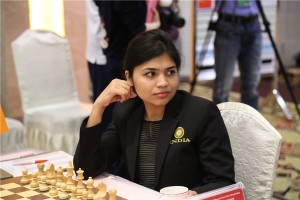 Overall, Georgia won the event making a draw with Russia and defeating all other teams. They accounted for hosts China in the final round by a narrow 2.5-1.5 margin. Georgians are bringing back their once lost glory. Since losing the Olympiad title to Xie Jun’s China in Elista 1998, Georgia had to retire many of their old players and replace them with younger blood. Bela Khotenahvili (7.5/9) leads the Georgians from the first board and was a revelation in this contest.

Silver medal winning Russia continued to miss Lagno and Tatiana Kosintseva. In the top two boards, Russia lost as many as five games and it did not go well for the Olympiad champions. 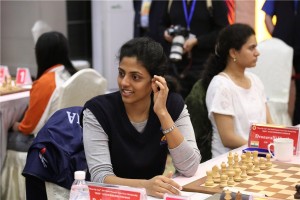 In the final round, Humpy lost but the others, Harika, Padmini and Soumya won for a wonderful finish. India had finished seventh in the 2009 edition at Ningbo. Finishing fourth is a big improvement. Harika played at 2565 rating performance in the second board. For the second event in a row she had performed a shade better than Humpy who played at 2519.