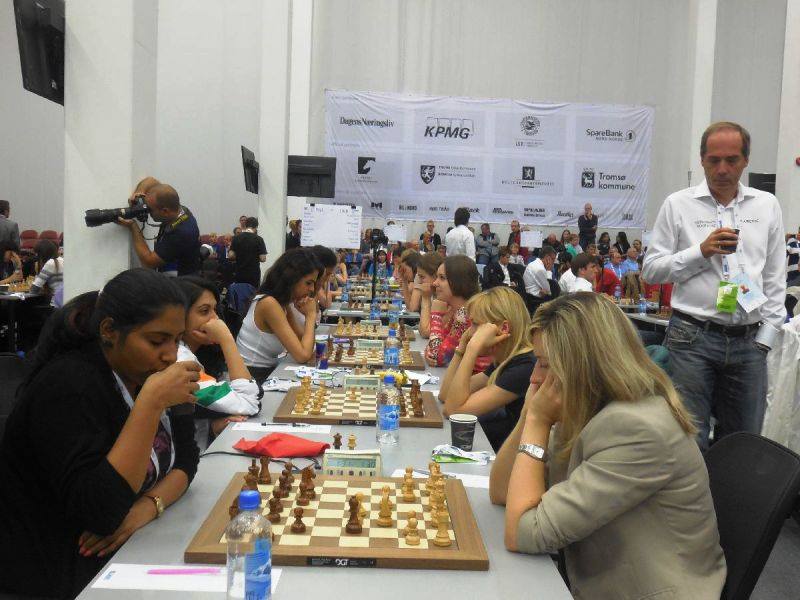 Hard to believe that a team which draws defending champions Armenia 2-2 also draws 2-2 next round with seed No.35 Argentina. However that is sport. In the previous round all Indians were lower rated but this time all the Indians were higher rated but the result was the same. This and more excitement happens as the 41st Chess Olympiad enters the final lap at Tromso in Norway.

Our players, Negi, Sethuraman, Sasikiran and Adhiban drew on all four boards as India shared eighth place on 13 match points with two rounds still to be played.

Russia, with super GM team only made 2.5-1.5 against IM team of Norway-2 to lose the gold medal chance yet again for the sixth time in a row. They last won the Bled Olympiad in 2002.

Meanwhile, Russia leads the women’s section with maximum points despite losing the top board. Russia won on the white boards and made one draw to defeat Armenia 2.5-1.5. Danielian’s win on top board over Lahno went in vain. Russia leads with 18, followed by China 16 and Ukraine 15. India is tied for the 15th place with 12 points. 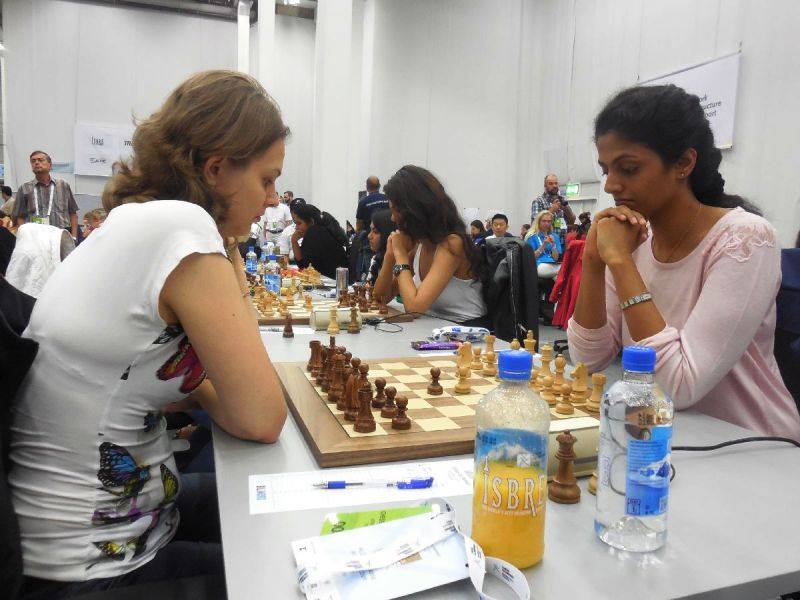 Indian women team went down fighting 1.5-2.5 to former champions and third seed Ukraine. Tania lost in the second board while Harika, Eesha and Mary Ann Gomes drew. The in-form Padmini Rout was rested against an experienced side. Padmini Rout is on 6.5/7 and is playing at 2565. 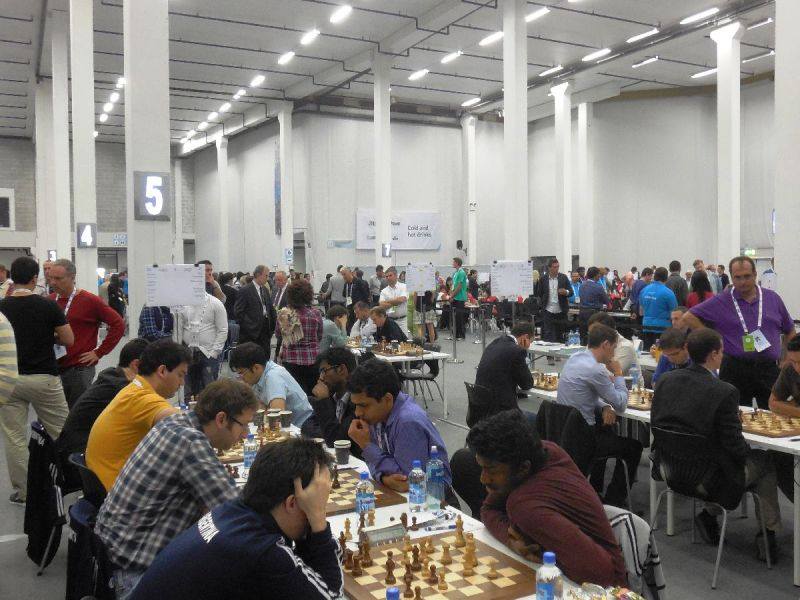 Fifth seed India has lost the medal chance but can still salvage pride and win the last two rounds and finish strongly. Padmini Rout will be looking for an individual medal on board five.

Photos by : GM.R.B.Ramesh and IA Gopakumar