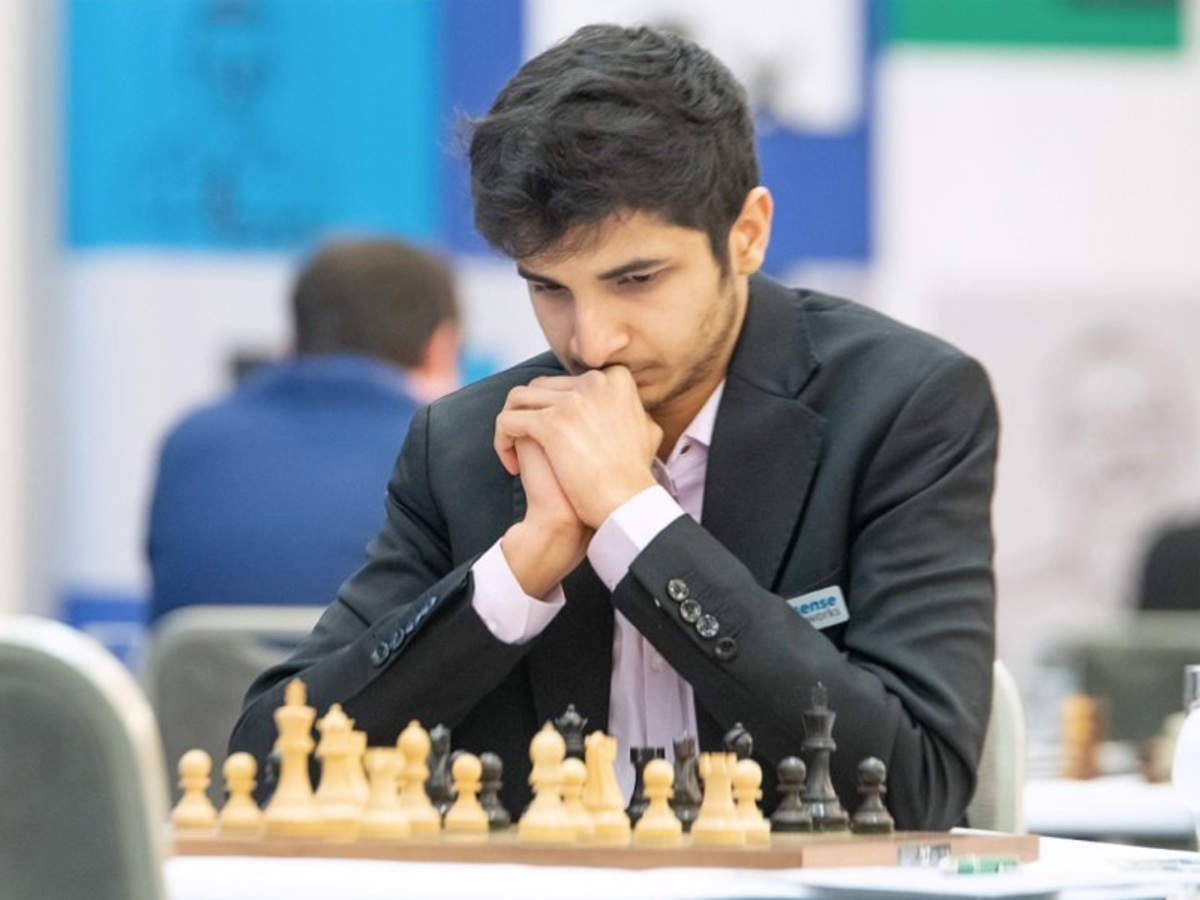 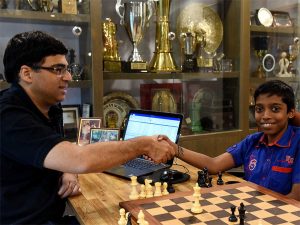 Indian team lost two crucial points to an unforeseen opponent – power failure – on the second day of the FIDE Online Olympiad 2020. The Top Division – Pool A Online Olympiad round 4 to 6 games saw India beat Indonesia & Iran 4.5 – 1.5 and 4-2 respectively. In the sixth and final round of the day with Mongolia, India was leading 3 – 1, when both GM Vidit Santhosh Gujrathi & GM Koneru Humpy lost unfortunately due to power failure. The twin loss nullified India’s two point lead, as Mongolia snatched an unexpected 3-3 draw.
The draw with Mongolia placed India (11) in the second spot behind China (12). Germany occupied the third spot with 9 match points. After six rounds, India’s junior star GM Praggnanandhaa R has a 3/3 score while GM Dronavalli Harika logged 3.5/4 for lead performances.
The sixth round, the last one for day three, had some drama waiting for India which took on Mongolia. Midway through with a safe 3-1 lead India appeared to be coasting for a win, when disaster struck from unlikely quarters. Vidit facing GM Bilguun, Sumiya (2468) and Humpy playing IM Munguntuul, Batkhuyag (2364) had comfortable positions, when both lost due to sudden power failure. A likely final score of 4-2 became 3-3 as India lost a valuable match point due to technical glitch.
In the middle round of the day, India found itself facing Iran, a rising Asian chess force. Former World Junior Champion Maghsoodloo, Parham brought down five time world champion Viswanathan Anand in an exciting Sicilian game that lasted 35 moves. The top board loss for India was offset by wins on the lower boards by Harikrishna, Harika and Vantika as India came out a 4-2 winner.
Earlier, in the 4th round, the first match-up for the day paired Indonesia with India. Three wins and three draws settled the issue 4.5 – 1.5 in India’s favor. Vidit, Bhakti and Praggnanandhaa scored wins, while Vishy Anand, Harika and Vantika were held to draws. 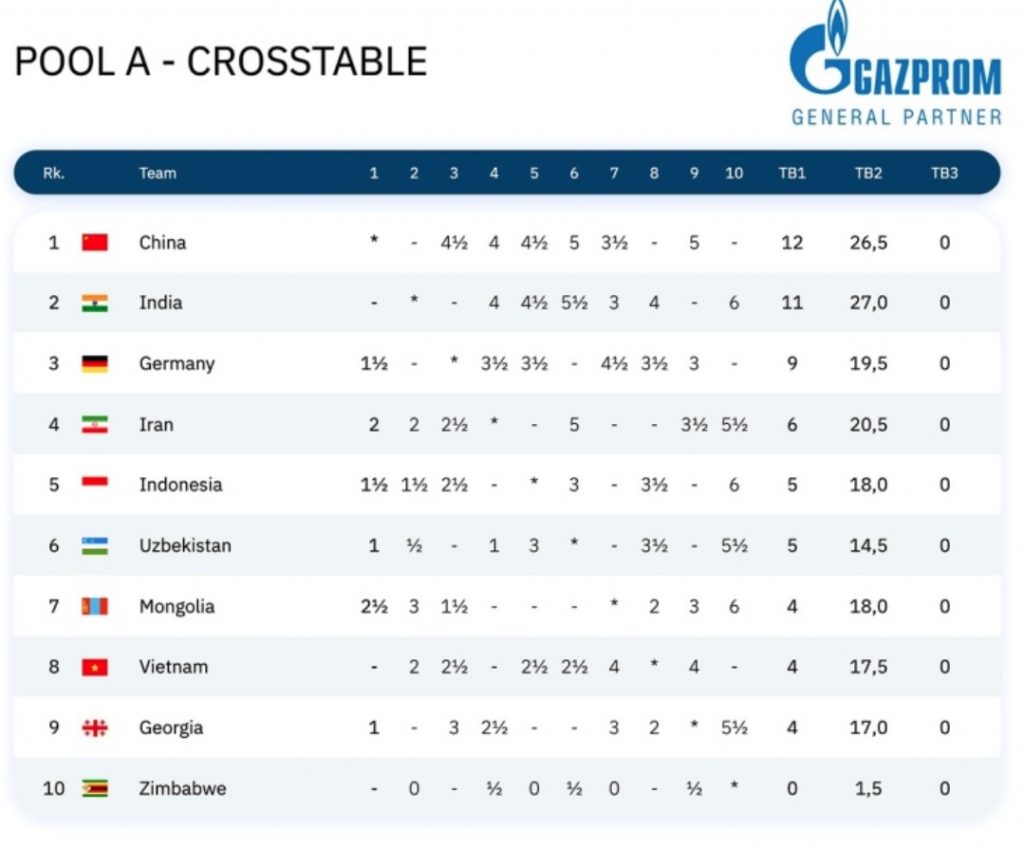 The FIDE Online Olympiad 2020 is a national teams event in which all federations affiliated to FIDE have the right to participate. Each team will consist of six players, in a mixed format with a minimum of three female players and two junior players.

Specifically, each team must include:

The teams may have up to six reserves, plus a team captain.

The time control for this event will be 15 minutes + 5 seconds increment per move. The event will consist of two main stages: the “Divisions stage”, and the Play-offs stage, from Round of 16 to the final.

Since the Online Olympiad is a mixed event, for pairing purposes the ranking will be established in accordance with the final standings of the last “Gaprindashvili Cup”, which combines the results in the open and women’s sections at the Batumi Chess Olympiad 2018.