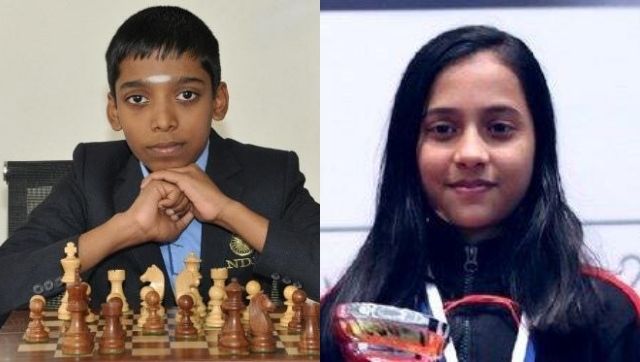 Junior stars GM Praggnanandhaa and WIM Divya Deshmukh scored crucial wins, as India defeated China 4-2 moving into the top spot after the last round of the league phase in the FIDE Online Olympiad 2020. The Top Division – Pool A final placings are India (17), China (16), Germany (11), Iran (9), Mongolia (8), Georgia (8), Indonesia (8), Uzbekistan (7), Vietnam (6) and Zimbabwe. The first place finish qualifies India to the quarter finals, while 2nd and 3rd place qualify for the Preliminary Round.
Top performers for India were Praggnanandhaa R (5/5) and Pentala Harikrishna(4.5/6) who both remained undefeated and were well supported by Dronavalli Harika (4.5/7), Divya Deshmukh (4/5) and Vantika Agarwal (3.5/4).The ninth & final round of the league phase matched up India with Olympic Champions China. Not to be overawed by seeding, Indian middle order did the trick with solid play holding China to draw in the top four boards. Junior star Praggnanandhaa and Divya made the day for India with wins in the fifth and sixth boards against GM Liu, Yan (2427) & WGM Zhu, Jiner (2326) respectively. India’a 4-2 win over China, propelled them to the top of the leaderboard. 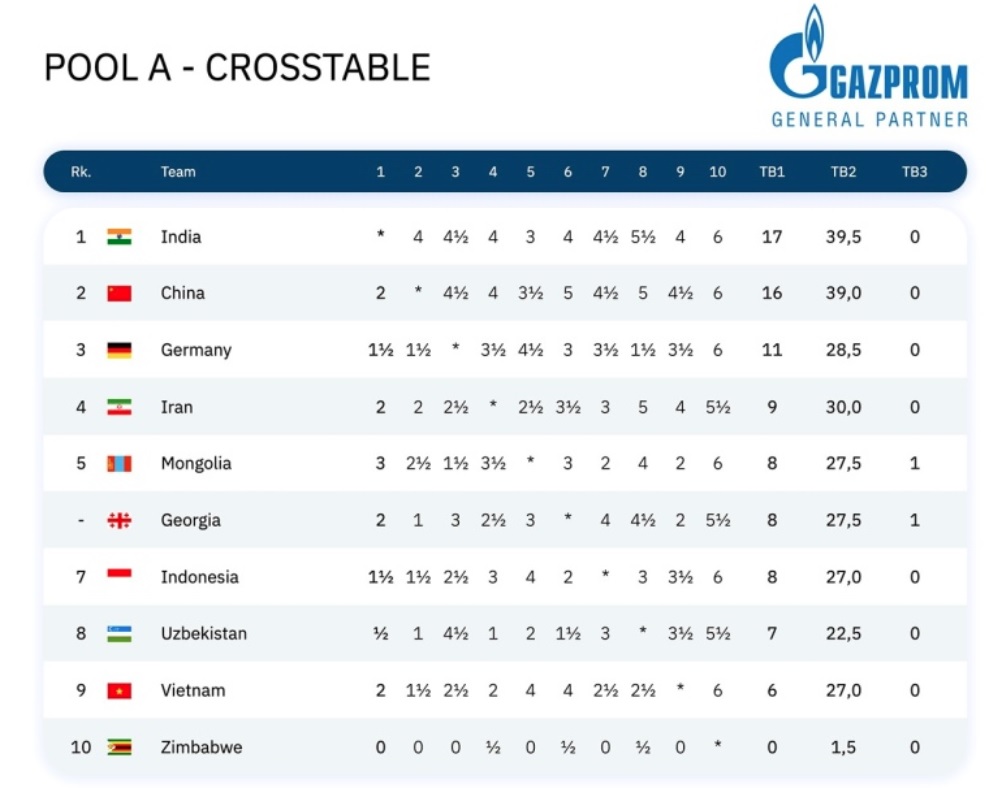 In the 8th round, India faced Germany and came up facile winners with a 4.5 – 1.5 score. Three wins, from Vidit, Bhakti, Vantika – along with three draws – helped India coast to a comfortable victory.

Earlier, in the 7th round, India met Georgia, where Vishy Anand was held to a draw by Pantsulaia, Levan. But three wins by Harikrishna, Praggnanandhaa and Divya clinched the tie in India’s favor 4-2. India’a lone defeat saw Harika going down to GM Batsiashvili, Nino (2425).