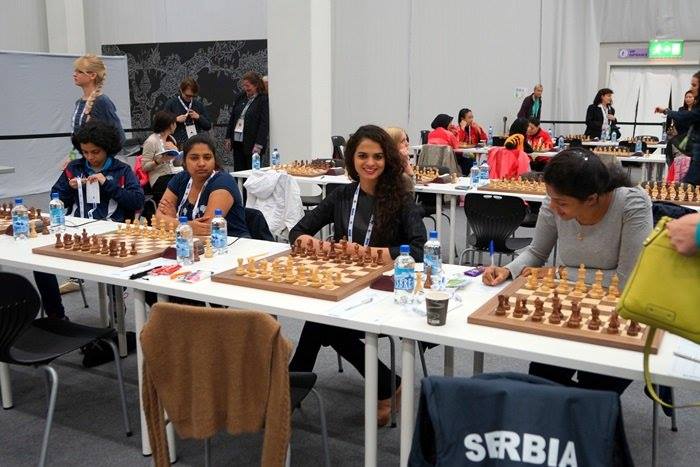 India loses rarely in chess. Our teams, seeded fifth in women and 19th in men suffered fourth round defeats. Indian women lost to lower rated Serbia while our men lost to higher rated Cuba. Both defeats were by the minimal 1.5-2.5 margins.

India men were defeated 1.5-2.5 by Cuba. Except Sasikiran who had a marginally higher rating, all Indians were lower rated. Ortiz Suarez defeated Lalith Babu in the bottom board after the other boards were drawn. Negi was rested for this game.

Top seed Russia were held to a 2-2 draw by China in the other important clash in men. Three teams, Azerbaijan, Bulgaria and Servia are leading in men with maximum eight match points. India is tied for the 45th place in men and 35th place in women with five match points. Asian women teams, China, Iran and Indonesia are among the seven leaders with eight match points. Seven rounds remain to be played. 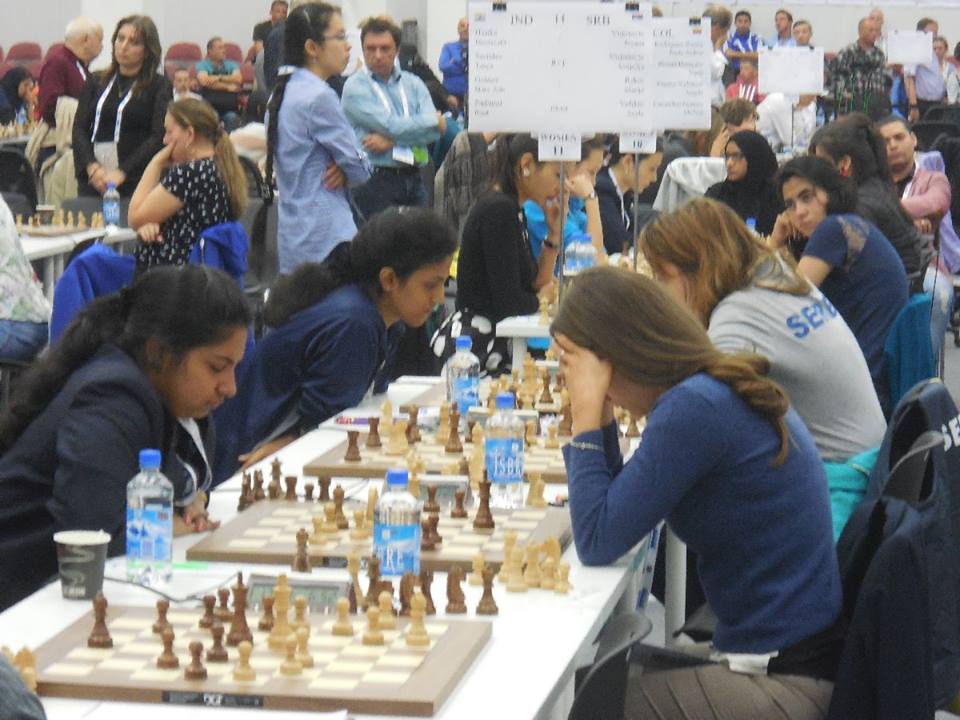 In the 1.5-2.5 defeat to Serbia, Harika won on top board. Tania and Mary Ann Gomes suffered defeats and Padmini Rout drew. Sadly, this result happened despite all our players being higher rated on all four boards. 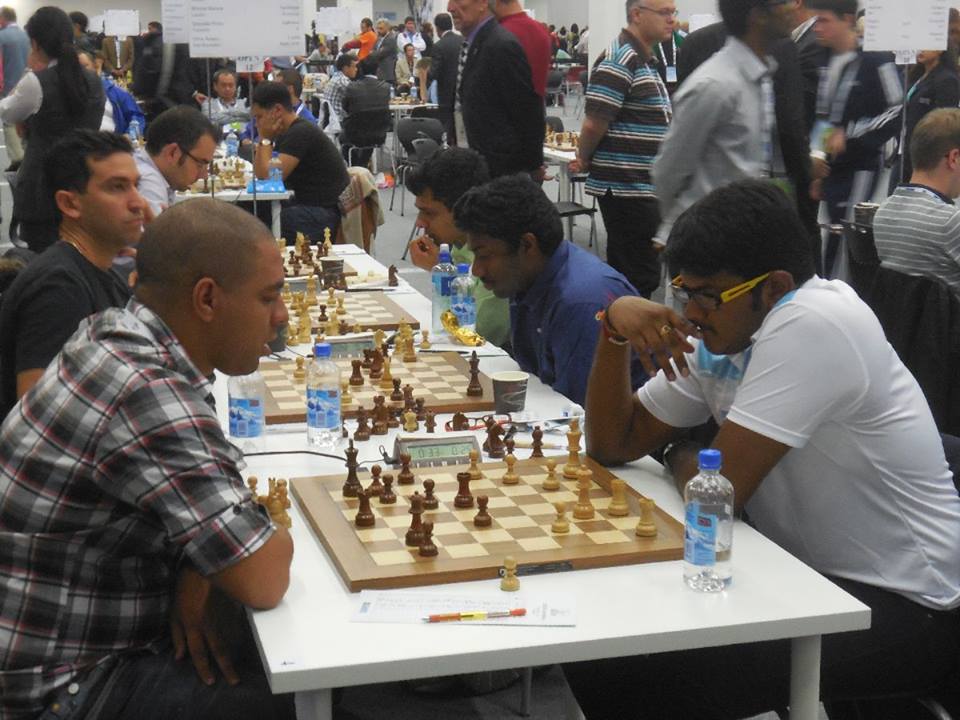 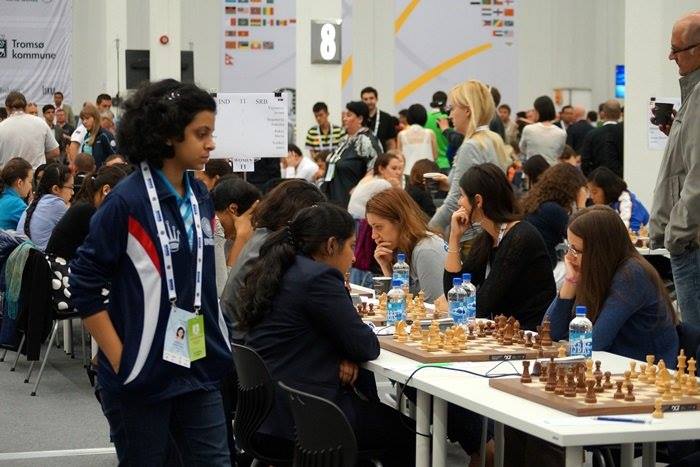