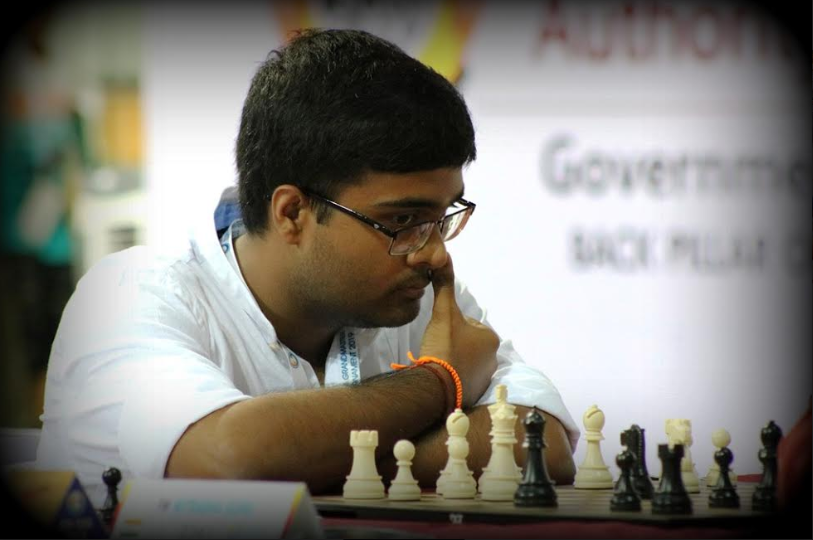 In what was a fine display of his growing positional acumen, Iniyan was simply a cut above Rahul who was simply outplayed. It was a Symmetrical English Double Fianchetto game and Iniyan sacrificed an exchange to take the control of the game to garner full point in 32 moves.

Highest Indian rated player of the tourney, four time commonwealth champion Grandmaster Abhijeet Gupta moved to joint second spot with five and half points after beating Grandmaster Maxim Lugovskoy in the seventh round encounter. He has the company of ten others which include Kostenko, Davit and top seed of the tournament Grandmaster Eduardo Iturrizaga Bonnelli of Venezuela, who beat Indian Grandmaster Venkatesh M R.

Earlier in the sixth round, overnight sole leader Petrosyan drew with Kostenko while Samvel Ter-Sahakyan got better off Indian Grandmaster Deepan Chakkravarthy.

In the Category ‘B’ which held simultaneously with premier section with prize fund of Rs. 16 lakh had concluded on Friday and Karthik Gopal of Andhra Pradesh clinched the title with 9 points and pocketed a cash prize of Rs. 2 lakh after beating J Karthikeyan of Tamilnadu in the final round while Saranya Y of Tamilnadu finished as first runner up to get richer by Rs. 1.5 lakh.  Even though he lost his final round match against the champion, J Karthikeyan finished at third position on better tie break to take home a cash award of Rs. 1.25 lakh.

The third category of this International tournament ‘C’ with prize fund of Rs. 12 lakh kick-started yesterday with the participation of 610 players and this category will conclude along with premier section on Tuesday.