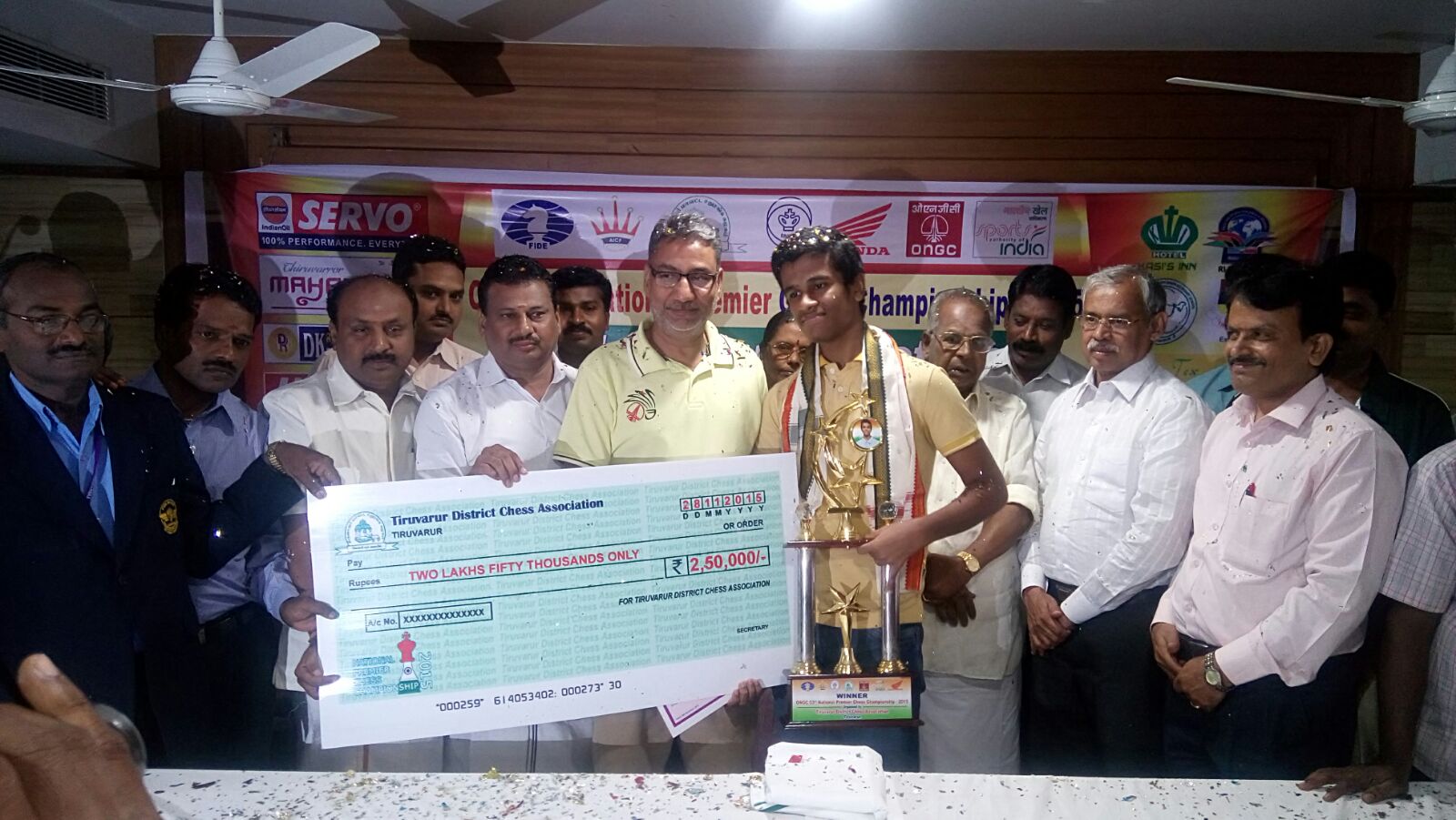 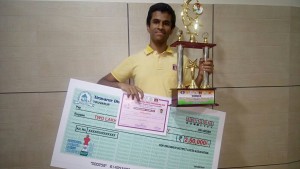 Karthikeyan Murali Is The New National Champion
By Arvind Aaron

A low scoring nervous final round saw three hearts and their fans pounding. First, defending champion Sethuraman of Chennai drew and ended his title chance. Then Vidit Gujrathi of Nashik drew a slightly better ending against Shyam Sundar and he could at best tie for first place.

Finally, Karthikeyan Murali barely managed a pawn down rook ending after a poor middlegame. His title was sure when he was battling a rook ending. Karthikeyan lost to Arghyadip Das but won the title.

Karthikeyan Murali of Chennai received the trophy and Rs.250,000 cash prize for his top class performance that also got him more than 20 Elo points. This 1999-born player from north Chennai becomes a young achiever and one of the youngest national champions. V Anand won in 1987 at Tumkur, B Adhiban won at Mumbai in 2009, G Akash won in Kolkata 2012 and now Karthikeyan Murali is winning this title at age 16 in Tiruvarur. Youngsters, particularly teenagers winning is a good sign for Indian chess.

Karthikeyan did not have a good start. He lost the first two games and also the last round. In the middle, he won seven and drew three to win the title on better tie-break. The tie-break was simple: individual encounter.

Karthikeyan started his career with the Bloom Chess Academy under M.A. Velayudham. And is presently working with K Visweswaran. Karthikeyan had won the World Under-16 title at Al-Ain in 2013.

Karthikeyan Murali has been a mainstay of India’s Youth Olympiad teams and picked up many medals. His father Murali is an Engineer with the Electricity Board. Karthikeyan is a hard working boy who believes in no short cuts to success. This is one of the greatest achievements by a teenager in the National Premier.

Vidit Gujrathi was pipped at the post. He was in lead for most of the event. He was little unlucky to finish second. He held the upperhand in the last two games but drew both. Defending champion Sethuraman finished third after running into a lean 1.5/5 in the middle of the tournament.