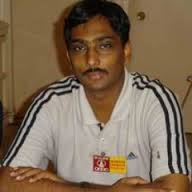 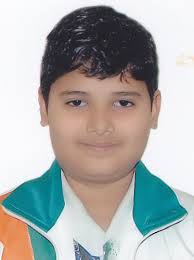 Vladimir Kramnik of Russia defeated Salem A.R. Saleh of the United Arab Emirates to move into sole lead in the Qatar Masters Open at Doha on December 3, 2014.

Yu Yangyi of China shocked top seed Anish Giri of the Netherlands to move to clear second position on 6.5 points. Yu Yangyi is half a point behind leader Kramnik who is on seven points. Yu faces Kramnik with white and needs a win for the title. Kramnik needs a draw with black for the trophy and USD 25,000.

Adhiban, seed 36 held eleventh seed Bu Xiangzhi of China to a draw and is on 5.5 points. Adhiban shares the sixth place. Harikrishna is on five points.

Bela Khotenashvili of Georgia has played at a career best 2731 rating performance. It is the first time that she played in an Open event and took on nine men GMs. Having gained 24.1 Elo so far, she is likely to win the best woman prize.

Former National champion Ponnuswamy Konguvel and Shardul Gagare are on four points from eight games and are among the rating gainers from India. Konguvel gains about 17 Elo and Gagare is up 14.6.

To play in this very strong event, many of the Indians have come after competing ii exhaustive events like National Women’s Premier, World Junior and the like. A window of rest, training and fitness would be the required mix before this tough event and one of opportunity to make norms and prize money.