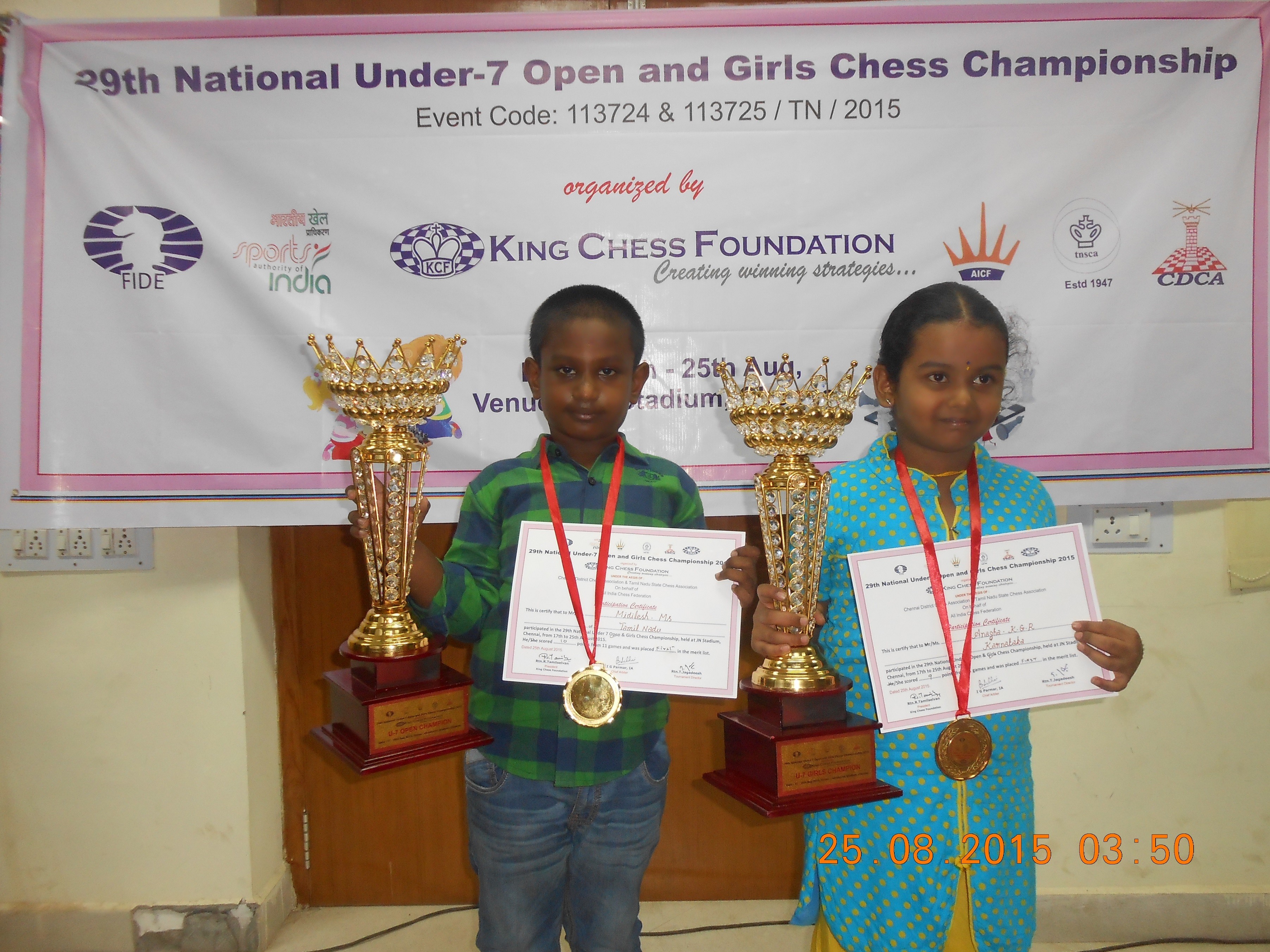 M.S. Midilesh of Tamil Nadu and K.G.R. Anagha of Karnataka won the National Under-7 Chess Championship at the Jawaharlal Nehru Stadium in Chennai on Tuesday.

Midilesh of Chennai won the Open section by a one point margin while Anagha won the Girls section on tie-break. Priansh Das finished second losing to Nanal in the final round on the top board. Midilesh who only needed a draw to win, won the final round too. Ayush beat Arnav Muralidhar to finish third.

Karnataka players dominated the podium and took away most of the top prizes. International Arbiter Indulal G Parmar was the chief arbiter. 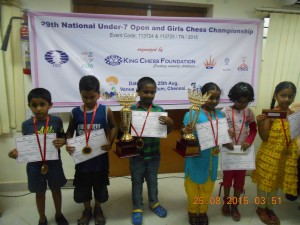 The winners have qualified to represent the country in the World Under-8 Championship in 2016.