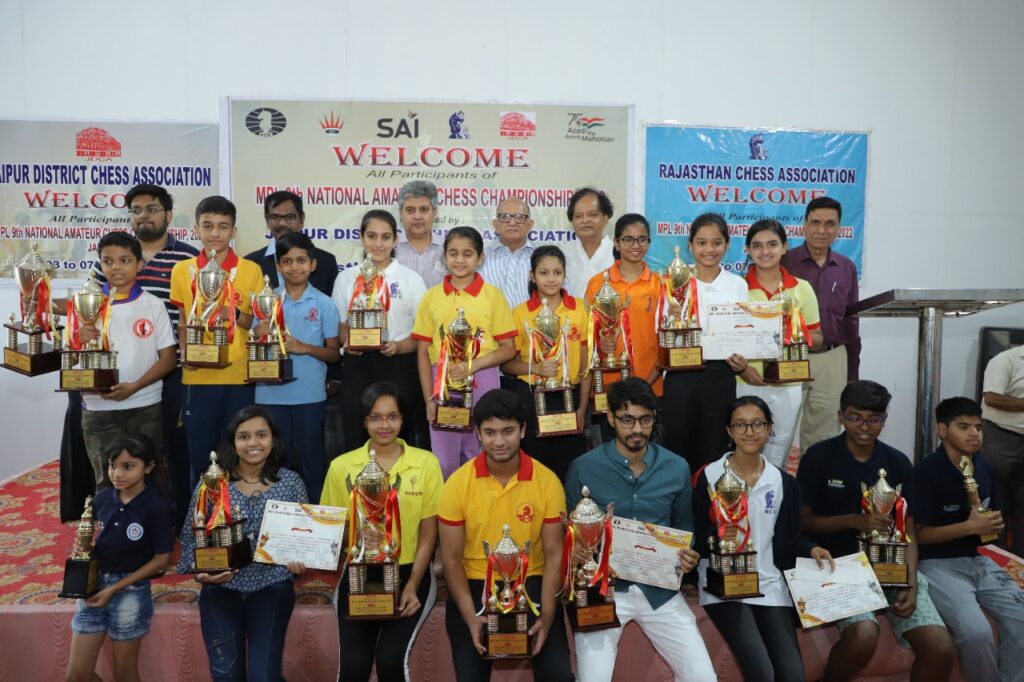 MPL 9th National Amateur Chess Championship organized by Jaipur District Chess Association on behalf of Rajasthan Chess Association  held at Mahal Rajwada Resort, Vaishali Nagar, Jaipur   attracted 455 entries from 28 States and two special units, The host state Rajasthan fielded the maximum number of entries.  The tournament was conducted in below 2300, below 2000, below 1700 open and below 1700 women. Since most of the female players are opted for the open categories in below 2300 and below 2000, these groups are merged and conducted in open category only. 9 round swiss format tournament was held from 3rd may to 7th May 2022 offering a prize fund of Rs,3,00,000/- There are 276 entries in below 1700 open,53 in below 1700 women,78 in below 2000 open and 56 in below 2300 open. Since there is no required number of players in the below 2000 women and below 2300 women section, these two women section players are mixed with their respective open category players.

The tournament was played in 9 round swiss system with the time control of 90 minutes plus 30 seconds increment per move from move one. Three air-conditioned separate halls are arranged by the organizer at the heritage  Mahal Rajwada Resort, Vaishali Nagar, Jaipur.

In Below 2300 category Koustav Chakraborty of West Bengal  won the championship with 8 points. Ishvi Aggarwal of Haryana, Dakshita Kumawa of Rajasthan, Falak Joni Naik of Gujarat scored 4.5 each in women section but better tiebreak helped Ishvi  became the champion.

In Below 1700 Category  O. Kushal of Andra Pradesh  won the championship with 8 points. 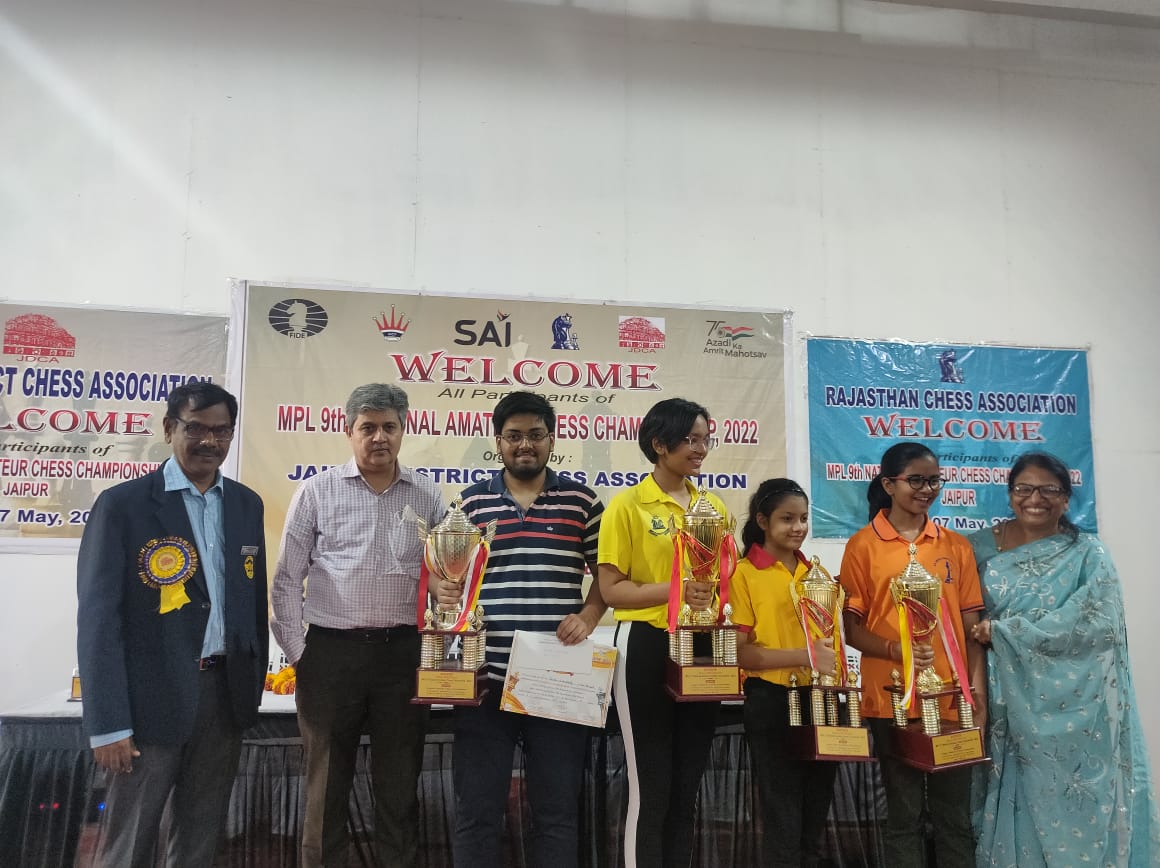 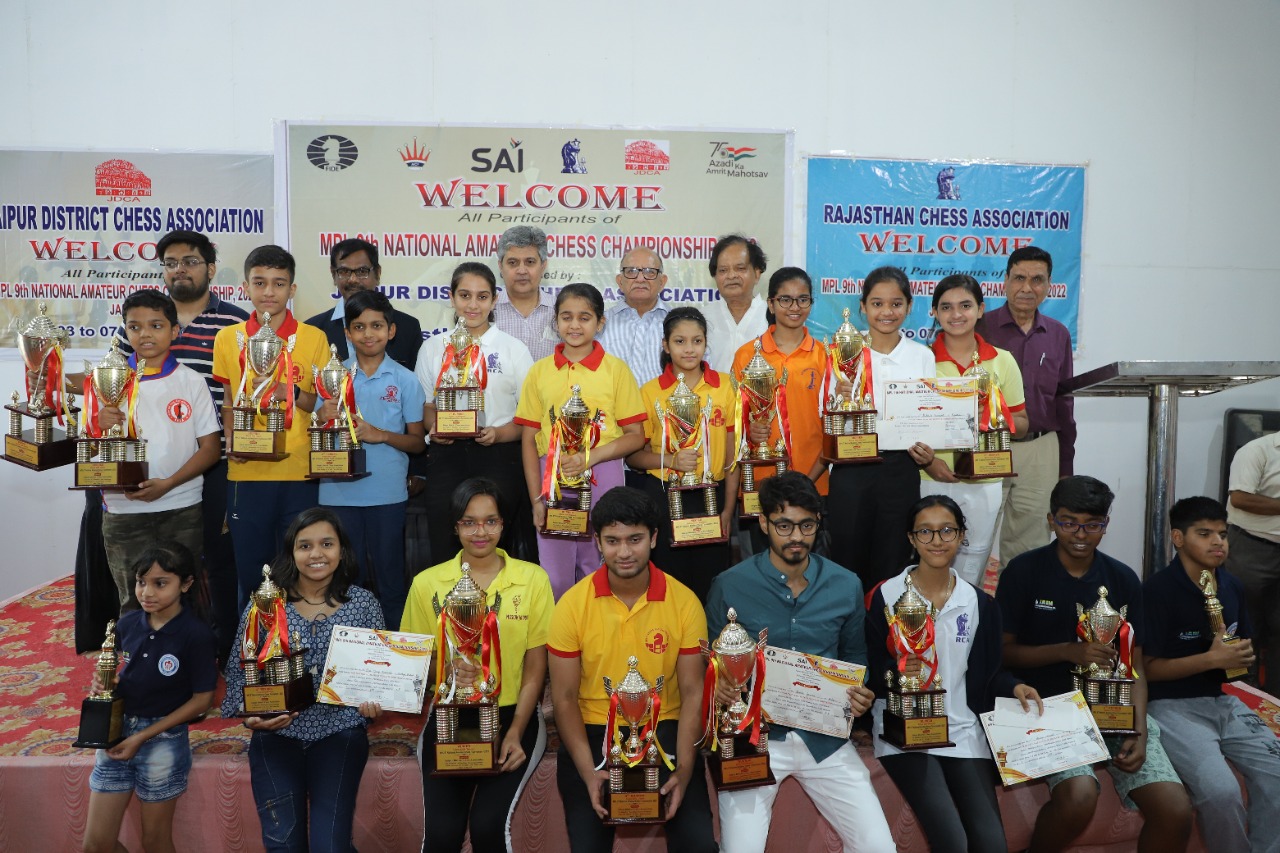