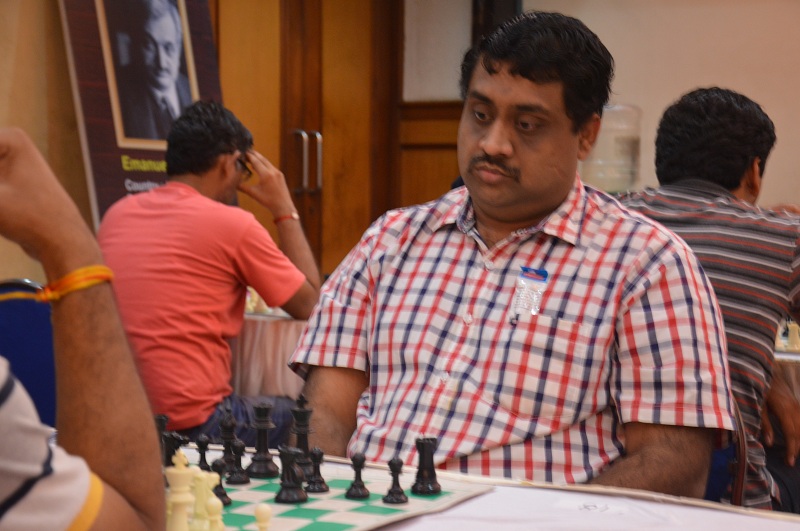 Close Finish on the Cards

The Mumbai Mayor’s International Chess Tournament is in for close finish as no less than 6 players have theoretical chances of winning the championship.

The contest between overnight leaders Laxman vs Priyadarshan&Krastiv vs 2nd placed GM Mchedlishvili ended in draws, which has helped them in maintaining their lead however, they were joined by three more players; Zubov Alexander, Nguyen DucLuka Paichadze. These players have registered a crucial win over HarshaBharathakoti, Pavel Smirnov&S Nitinrespectively.

The 10th and final round encounter between Zubov Alexander vs Nguyen Duc, Krastiv vs Priyadarshan and Laxman v/s Luka will decide the championship. The winner will become richer by Rs.3 Lakhs from a prize pool of Rs.11 Lakhs.

The event brought cheers for Indians as 17-year old Rohan Ahuja from Goa has achieved his 1st International Master norm.

The event is being sponsored by BrihanmumbaiMuniciapl Corporation and co-sponsored by LIC of India and is being hosted by the Goregaon Sports Club at their premises.

Key Results of Round 9: