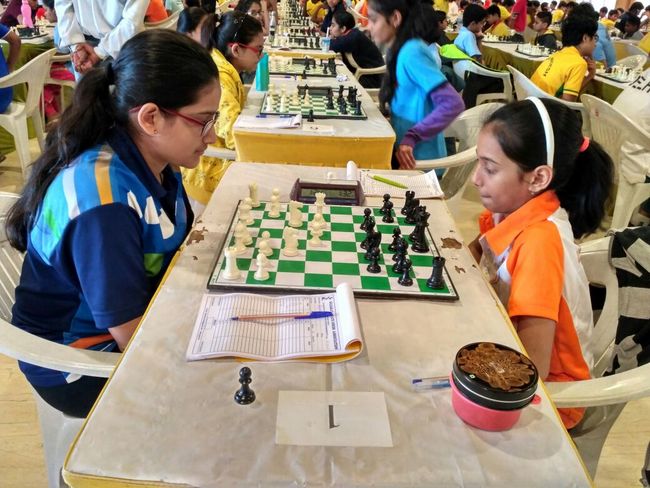 Second-seeded FM Arjun Erigaisi (TEL) and Koustav Chatterjee (WB) share join lead at the end of six rounds. While eight players are closely trailing behind the leaders with 5 points.

In the Girls Championship, Sankriti Goyal (UP) emerged sole leader by scoring 06/6 points! She is the only undefeated player in the tournament. Her notable victories include a win over top-seeds WFM Salonika Saina (ODI) and WFM Divya Deshmukh (MAH).

After six rounds, eight players are behind the leader with 5 points.

All Photos by I.A Vasanth BH