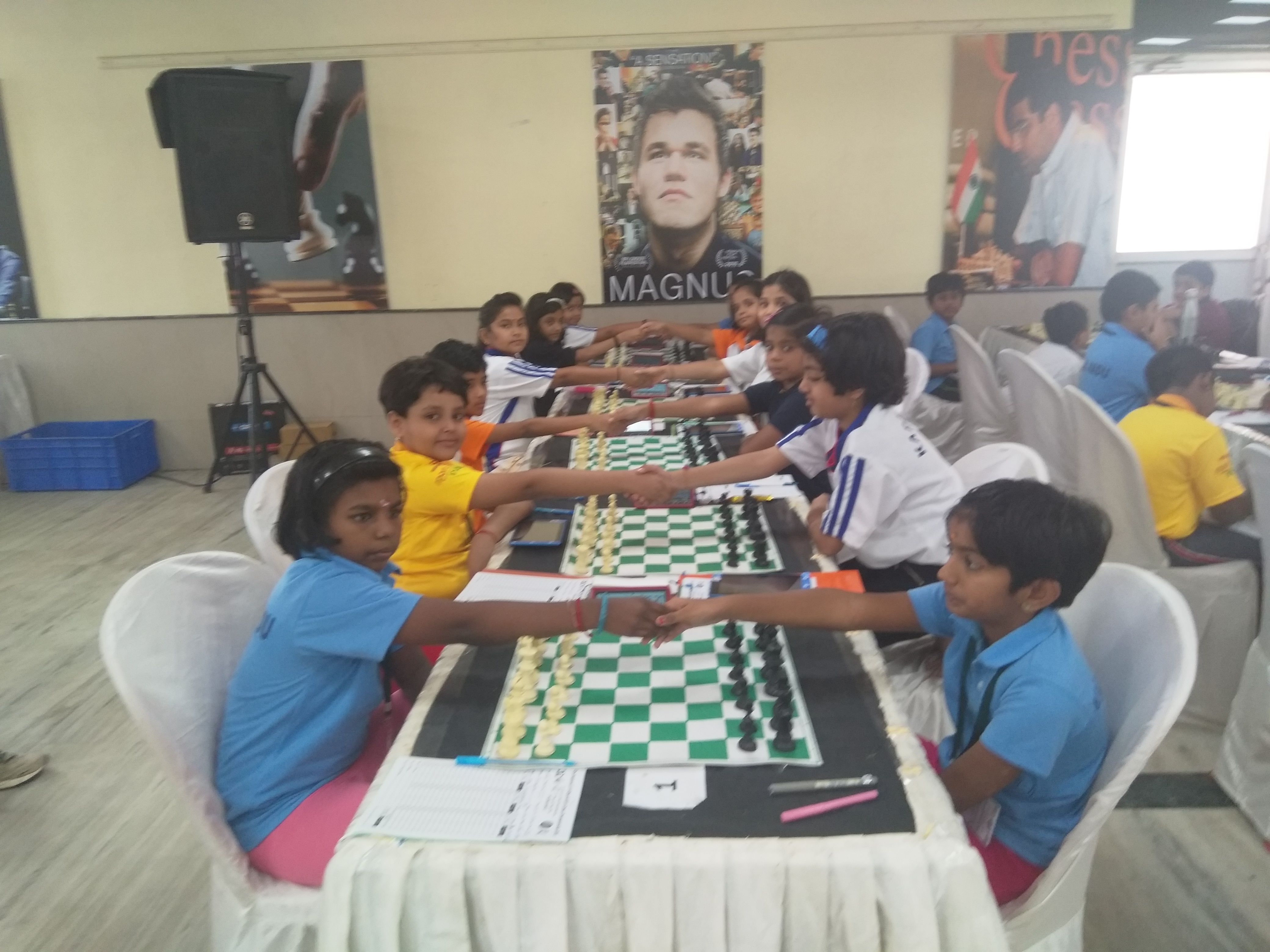 Preparing for the duel.

An army of eight boys commanded by the top seed Illamparthi A.R. of Tamil Nadu are sharing the joint lead with four points each at the end of the fourth round of the 32nd National under 9 Open chess championship now underway in Ranchi, Jharkhand.

Playing white Suhaas A of Telangana opted for the dynamic Samisch variation against the top seed’s King’s Indian defence. However, he slipped on move no. 26 when he allowed black’s Queen to intrude his territory causing loss of rook by double attack. Illamparthi went all out for the king hunt to announce a checkmate on his 35th move.

In the under 9 Girls category, 38th seed Debapriya Manna (Bengal) trounced the Commonwealth Gold medalist in under 8 category and the top seed WCM Shriyana S Mallya (Karnataka) by executing a checkmate in 71 moves. With white Manna employed London system and totally dominated the game. In the ensuing endgame Manna demonstrated a great skill in winning a minor piece ending to cause a major upset of the championship.

Manna is now sitting pretty on the top with four points along with five more players at the end of the fourth round.