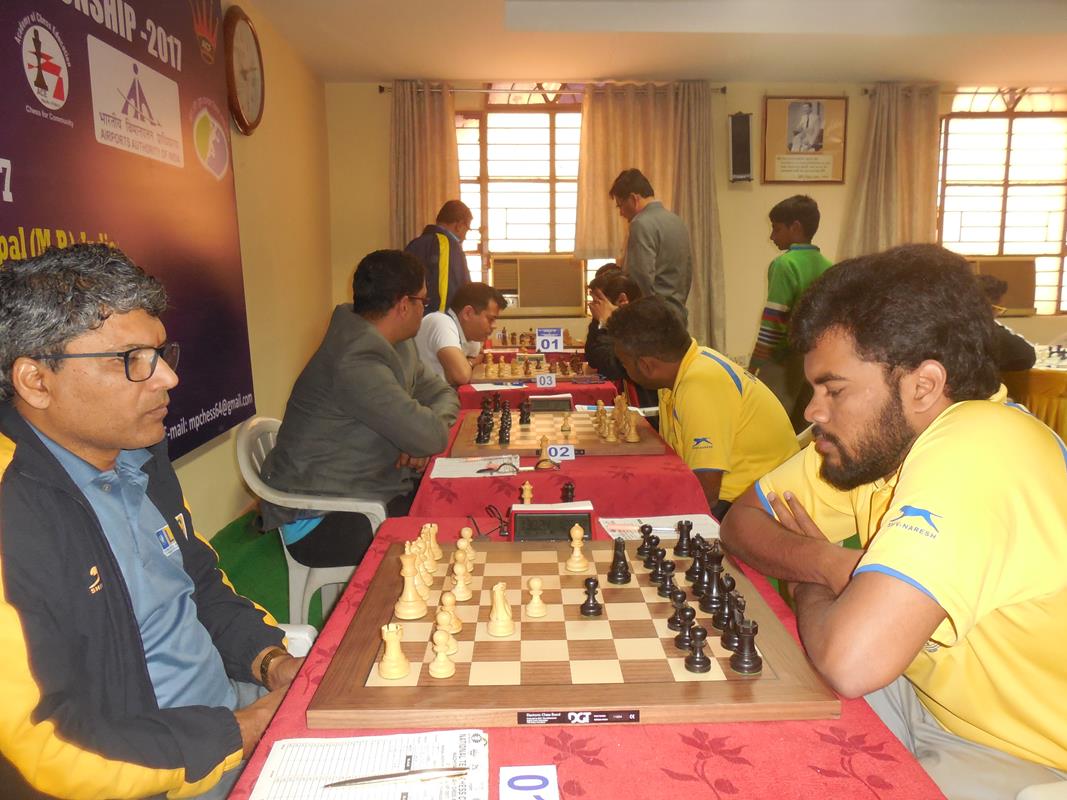 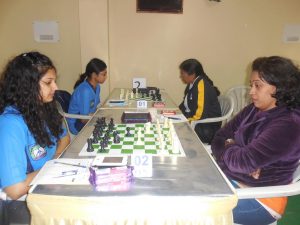 Bhopal (06 Feb 17) :- The juggernaut of Railways ‘A’ continuing in the National team chess championship as they are cruising to defend the title with another superlative performance in the seventh round as they outwitted Life Insurance Corporation 3½ – ½ at Bansal Institute of Science and Technology on Monday. 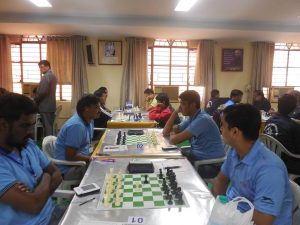 In the women section, Air India maintained their sole lead with nine points after making a clean sweep over host Madhya Pradesh ‘A’ in the fifth round. Airports Authority of India defeated Life Insurance Corporation 3 -1 and occupying the sole second spot with eight points while Bengal moved to the sole third spot with seven points after outwitting Tamilnadu 3 -1 in the fifth round encounter.