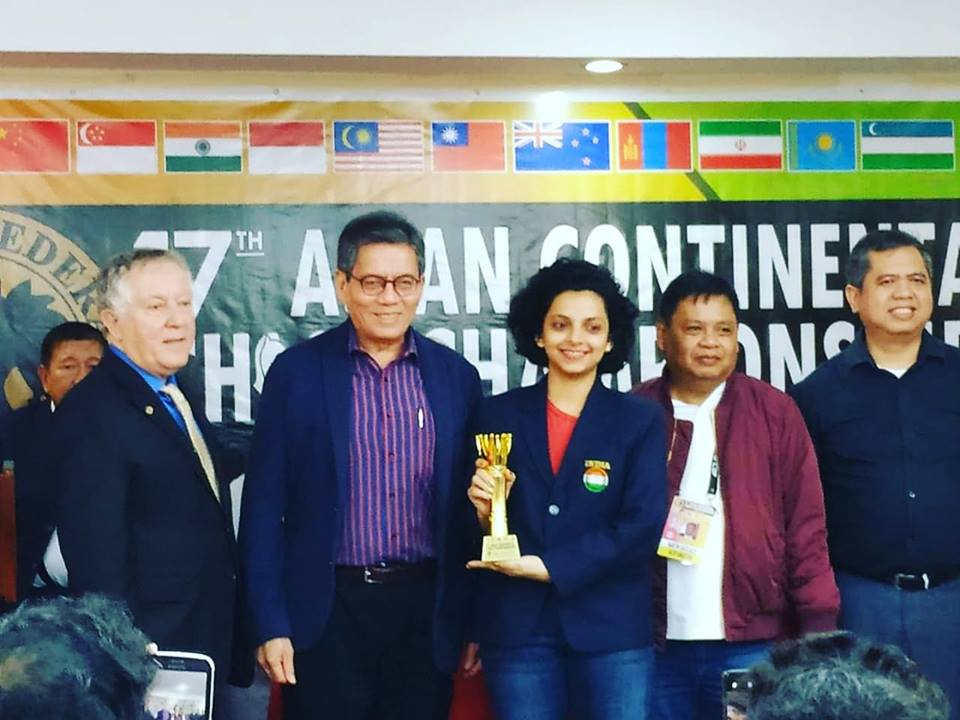 IM Padmini Rout played out a quick draw against WGM Jue Wang of China in the ninth and final round to clinch the women’s title in the Asian Continental Chess Championship in Makati City, Philippines on 18th of December 2018.

Padmini was tied at 7 points at the end of nine rounds with Singapore’s WGM Qianyun Gong, who defeated WFM Turmunkh Munkhzul of Mongolia in the final round with black but emerged victorious on the basis of better tie break score.

With the win, the 24-year-old has qualified for the Women’s World Chess Championships scheduled for 2020.

In the open section, GM Surya Shekhar Ganguly just needed a draw in the final round to clinch the title. However, the 35-year-old from Kolkata lost to Vietnam’s GM Quang Liem Le in a 66 moves.

The victory also ensured that Liem Le bagged the crown on better tie break score in a three way tie for the top spot which saw GM Yi Wei of China and GM Mamin Tabatabaei of Iran finished with 6.5 points from a possible nine.

Ganguly, however, with his excellent performance bagged a spot in the World Cup 2020.