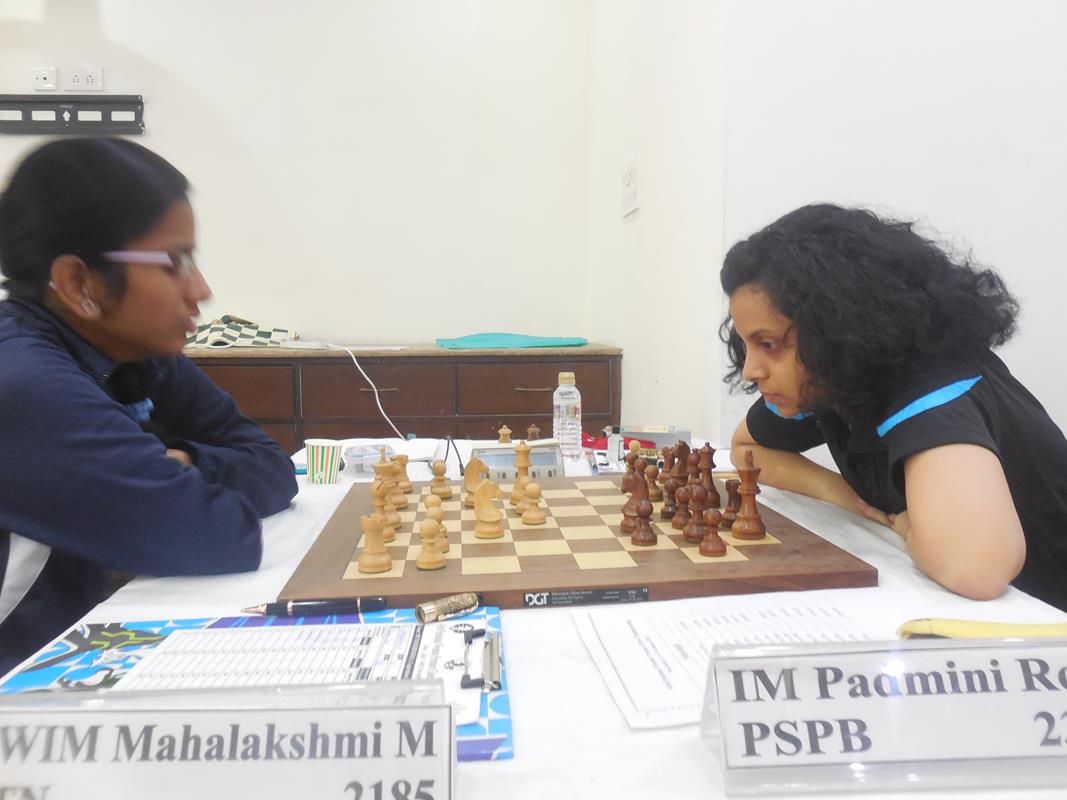 New Delhi (10 Nov 16) :- International Master and defending champion Padmini Rout of PSPB was held to a draw by M Mahalakshmi of Tamil Nadu but other results helped the Odisha girl surge ahead of the nearest contenders in the seventh round of 43rd National Women Premier chess championship here.

The draw helped Padmini take her tally to an impressive 5.5 points out of a possible seven and she benefitted further as S Vijayalakshmi of Air India suffered a shock defeat at the hands of lowest ranked P Bala Kannamma of Tamil Nadu. One day that saw top seed International Master Eesha Karavade also getting held to a draw by PSPB teammate Nisha Mohota, Padmini increased her lead to full point. Apart from Eesha and Vijayalakshmi, Soumya Swaminathan of PSPB is the other contender on 4.5 points sharing the second spot.

The eighth round will see the all-important clash between Padmini and Vijayalakshmi and might well end up as the decider for the Rs. 600000 prize money championship. Vijayalakshmi has been trying hard but this was another bad day in office for the six times champion. Playing the black side of a Nimzo Indian Rubenstein variation, Bala Kannamma had to find some precise moves after Vijayalakshmi sacrificed a pawn to liven things up. However, the higher rated did not get the desired compensation in the ensuing endgame and the pundits believed she could have drawn. In the end Bala Kannamma benefited with a full point after 79 moves.

Mahalakshmi has become a tough nut to crack. After winning against Vijayalakshmi in one of the earlier rounds, she held Padmini to a draw playing quite actively. It was a Grunfeld defense by Padmini and she had her chances after a fine looking piece sacrifice in the queen less middle game. Mahalakshmi however spotted a fine comeback to steer the game to a draw after 54 moves.