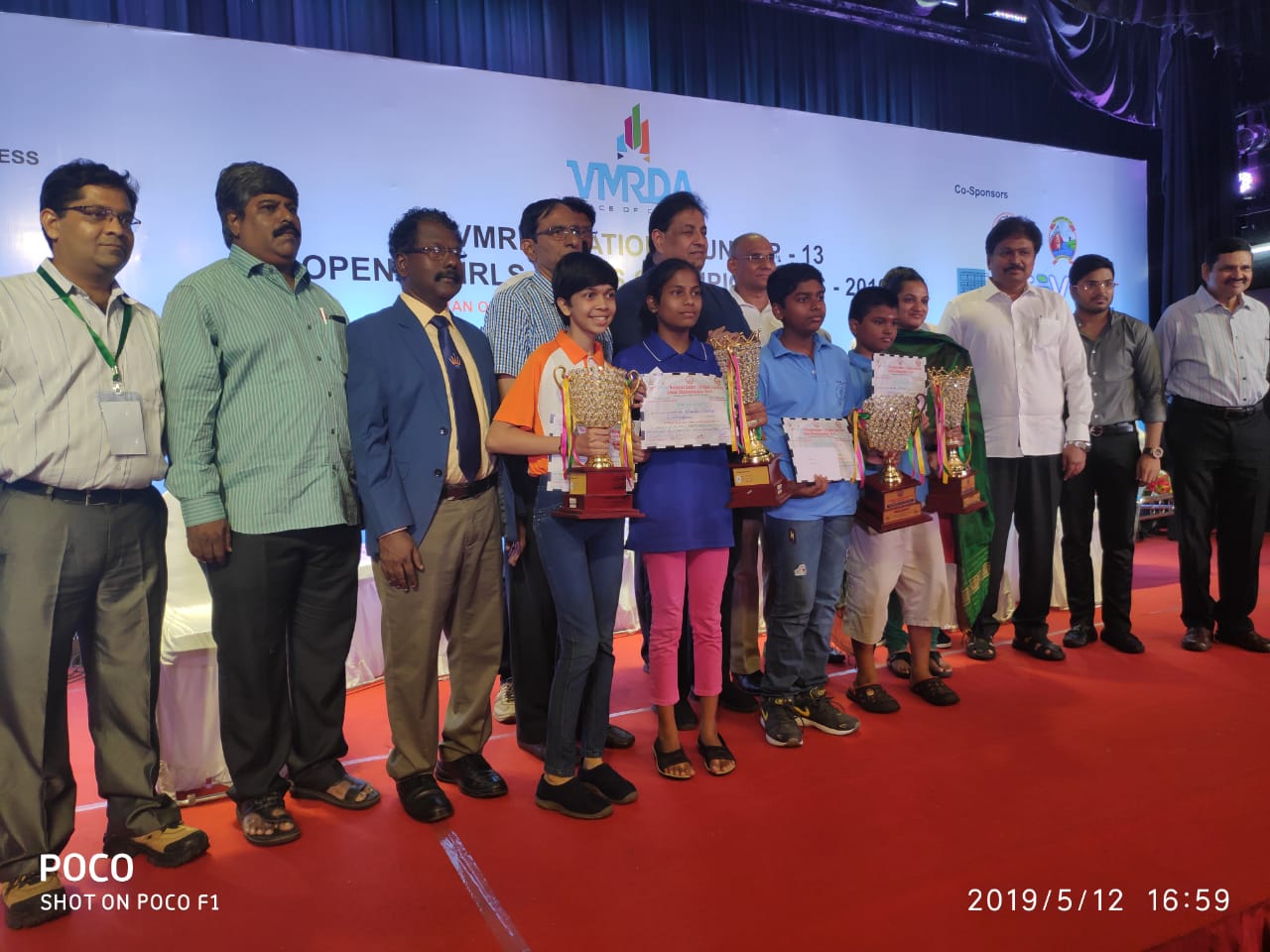 FIDE Master M.Pranesh of Tamil Nadu and Velpula Sarayu of Telangana were adjudged as the champions of the national under 13 Open and Girls chess championship respectively which got concluded at the Children’s arena, Visakhapatnam, Andhra Pradesh on Sunday. 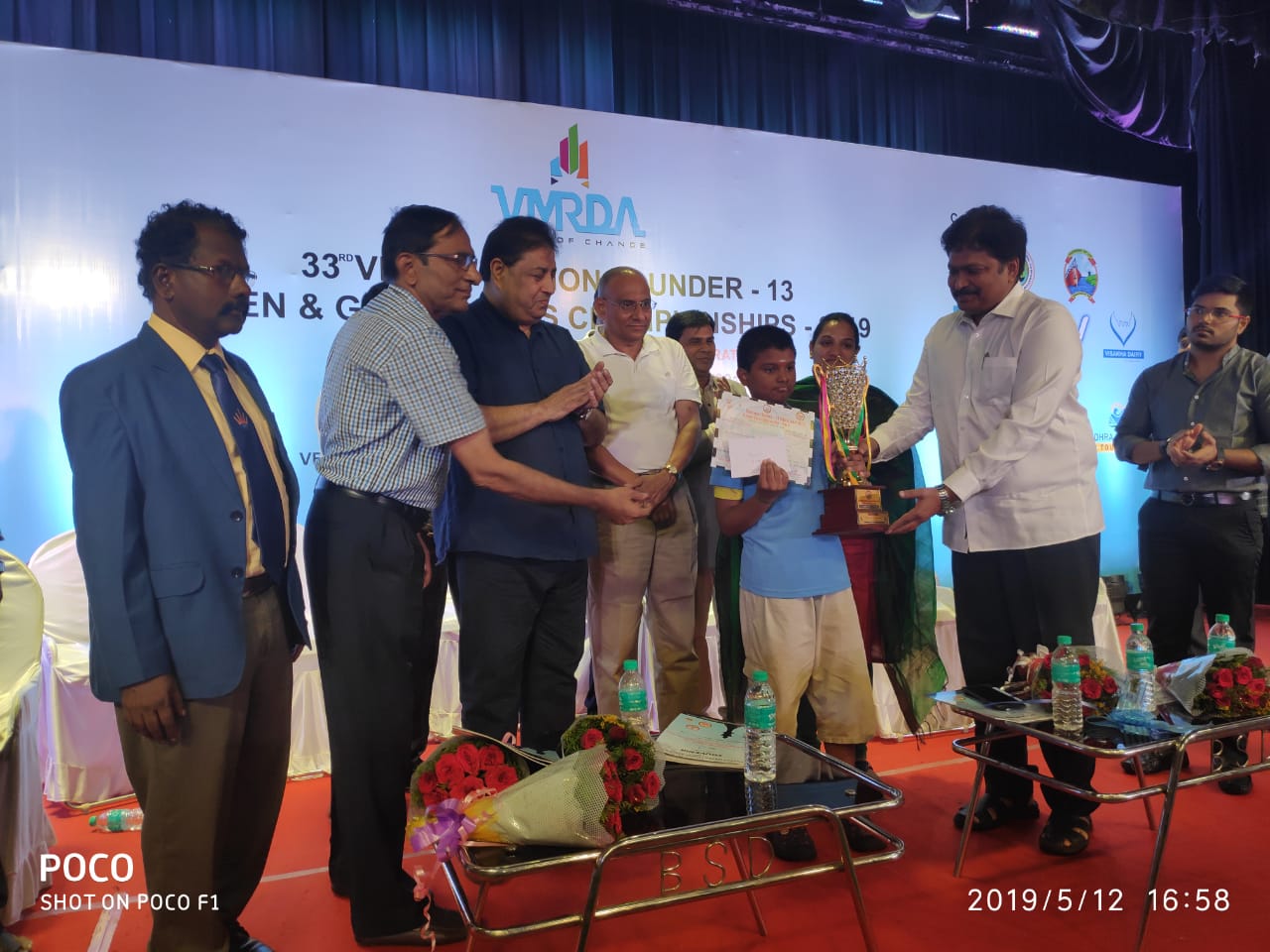 Curiously it was a three-way tie in the open and two-way tie in the girls’ section and the title issue was resolved in both sections by virtue of Direct encounter. In the open both Pranesh M and Pranav V settled for draw against their respective opponents in the eleventh and the final round to stay at 9 points each. This helped FM Jubin Jimmy of Kerala who outwitted A.R. Illamparthi of Tamil Nadu to join the others on 9 points.

In the first tie break system via Direct encounter since the top seed Pranesh has defeated both Pranav and Jubin Jimmy he emerged as the champion and carried home the winner’s purse of Rs. 27000/-. Pranav who handed over the defeat to Jubin Jimmy earlier was the runner up and the third place went to Jubin Jimmy. 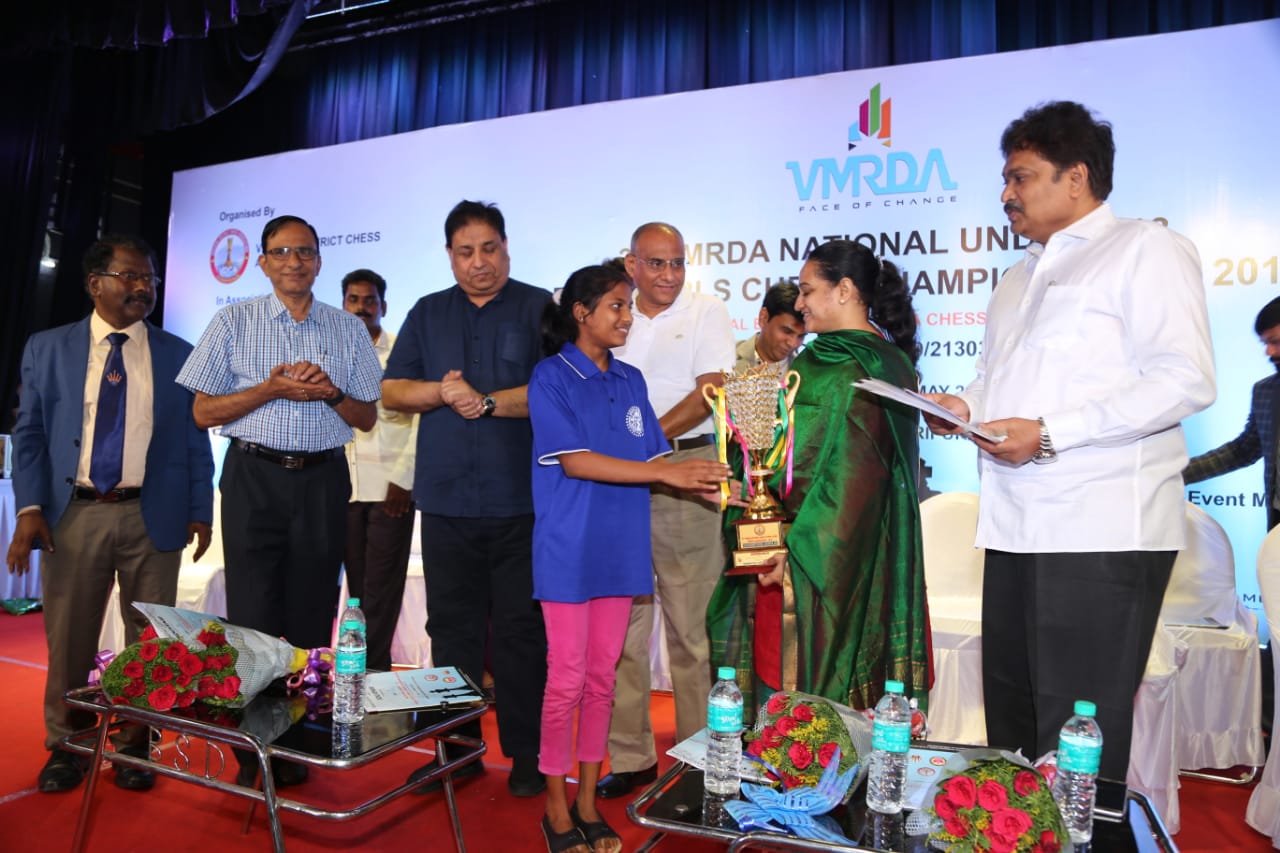 In the girls section Velpula Sarayu playing on the top table split the point against WCM Wankhade Sanskruti of Maharashtra in the final round to stay at 9 points. WCM Kriti Mayur Patel who accounted for Panda Miracle of Orissa also joined Sarayu to tie for the first place. Here too the Direct encounter favored Velpula Sarayau to lift the winner’s trophy as well as the cash award of Rs.27000/-. Kriti Mayur Patel was second and in a nine way tie for the title V Renganayaki of Karnataka finished third on account of higher Buchholz score.