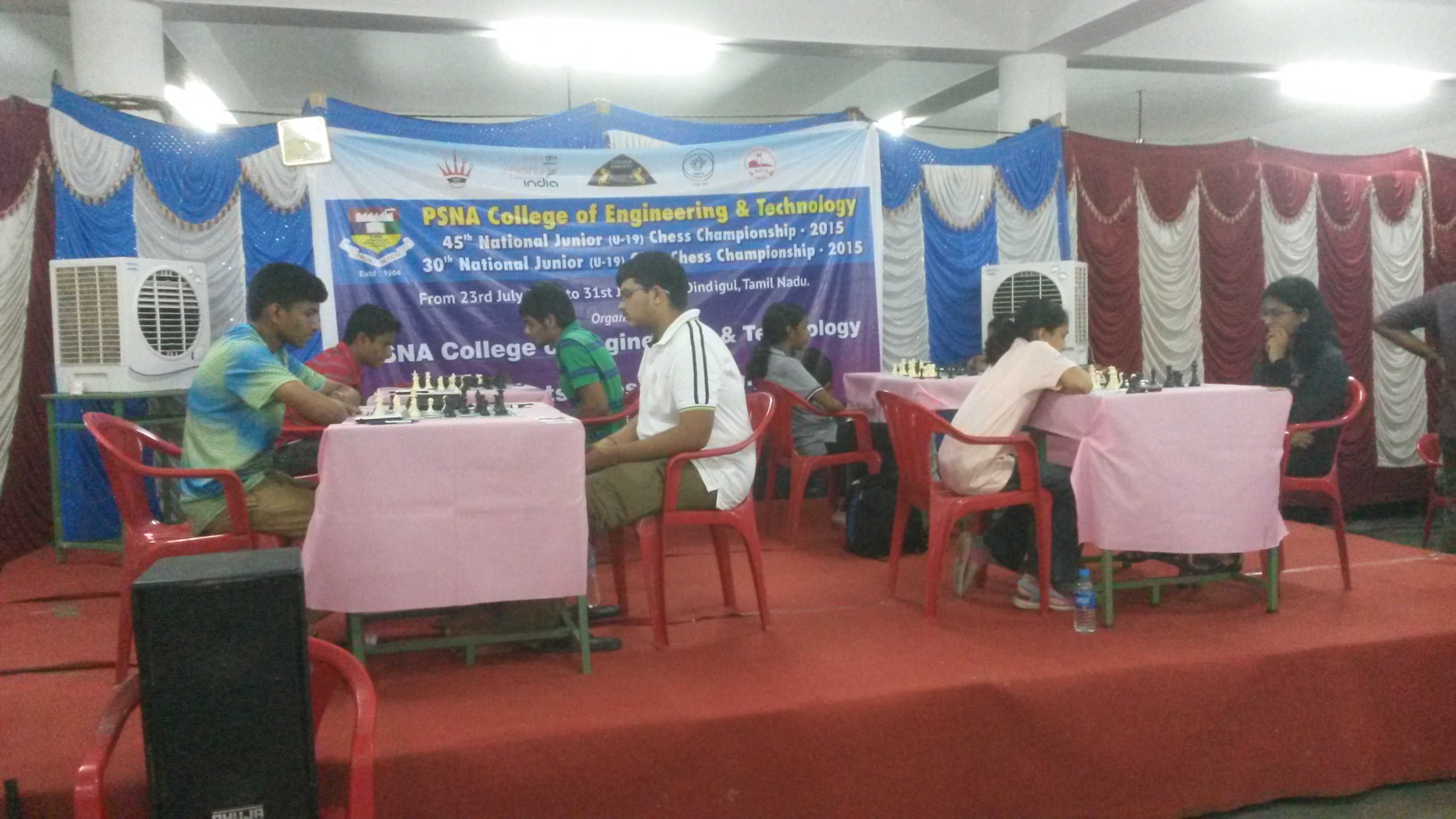 PSNA College of Engineering and Technology

Former National Premier Champions G Akash and WIM Michelle Catherina took the sole lead in the respective sections at the end of the fifth round of the PSNA College of Engineering and Technology 45th National Junior Chess Championship, organised by PSNA College and Golden Knights Chess Academy, in association with Dindigul District Chess Academy at the college campus today.

Top seeded GM Karthikeyan Murali was held to draw in the first board by Akash PC Iyer in game of Larsen opening chosen by Akash PC Iyer. Karthi sacrificed his rook for knight on the 29th move. Sensing danger Akash PC returned the exchange a move later to equalise and both agreed in rook and pawn endgame in 47 moves. Meanwhile G Akash, swiftly punished his opponent Ankit Gajwa’s Ruy Lopez Archangel Variation. Ankit’s two bishop advantage short lived when Akash lead in development was threatening the king side. A tactical play fetched a pawn for Akash on the 24th move and his queen pawn march pressurised Ankit who resigned the game after going a piece down in 39 moves. With this facile win Akash moves on to 5 point and the sole lead. Half a point behind the leaders are Karthikeyan Murali and AKash Iyer with 4.5 points. GM Aravind Chithambaram took his tally to 4 points after outplaying Sai Vishwesh of TN in 37 moves.

In the girls section WIM Michelle Catherina of TN took the sole lead with 4.5 by winning against overnight leader Srija Seshadri of TN. In an English Opening Michelle expansion on King side was prematurely countered by Srija. A timely break through on the 31st move by Michelle put black’s king side vulnerable and the leader wrapped up the game in 43 moves. Top seeded GM Monnisha was held to draw by G Lasya of AP in 55 moves. Monnisha early onslaught was well countered by Lasya and a complex middle game arose. Despite Monnisha going an exchange up by 40th move the win was never in sight and black extra pawns were enough to hold the fort.