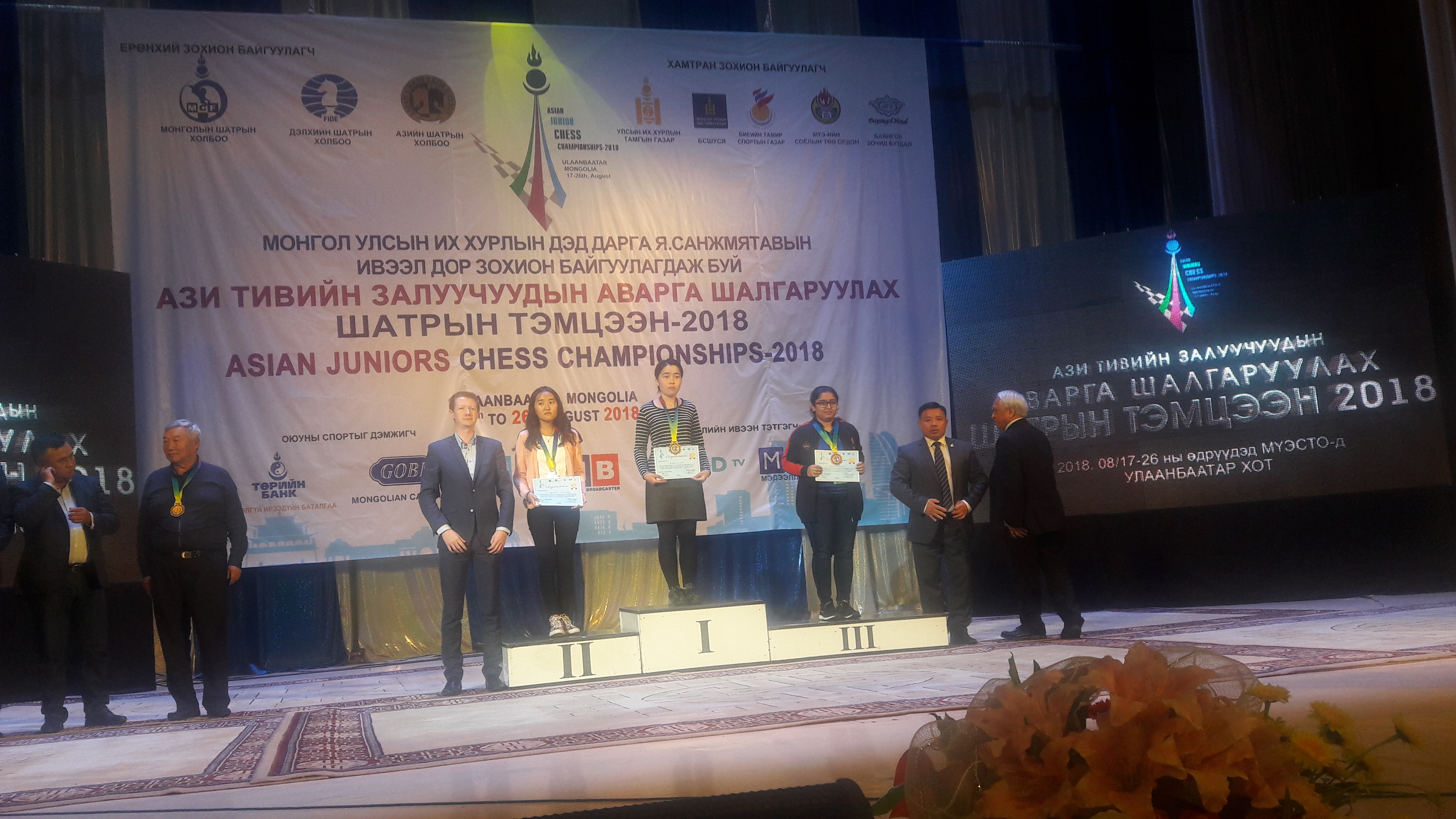 WIM Sakshi Chitlange defeated compatriot Isha Sharma in a tense battle to tie for first place with 7.5 points along with top seed WIM Uuriintuya Uurtsaikh of Mongolia to bag the Silver Medal after finishing second on tie break in the Standard format in Asian Junior Girls Chess Championship. 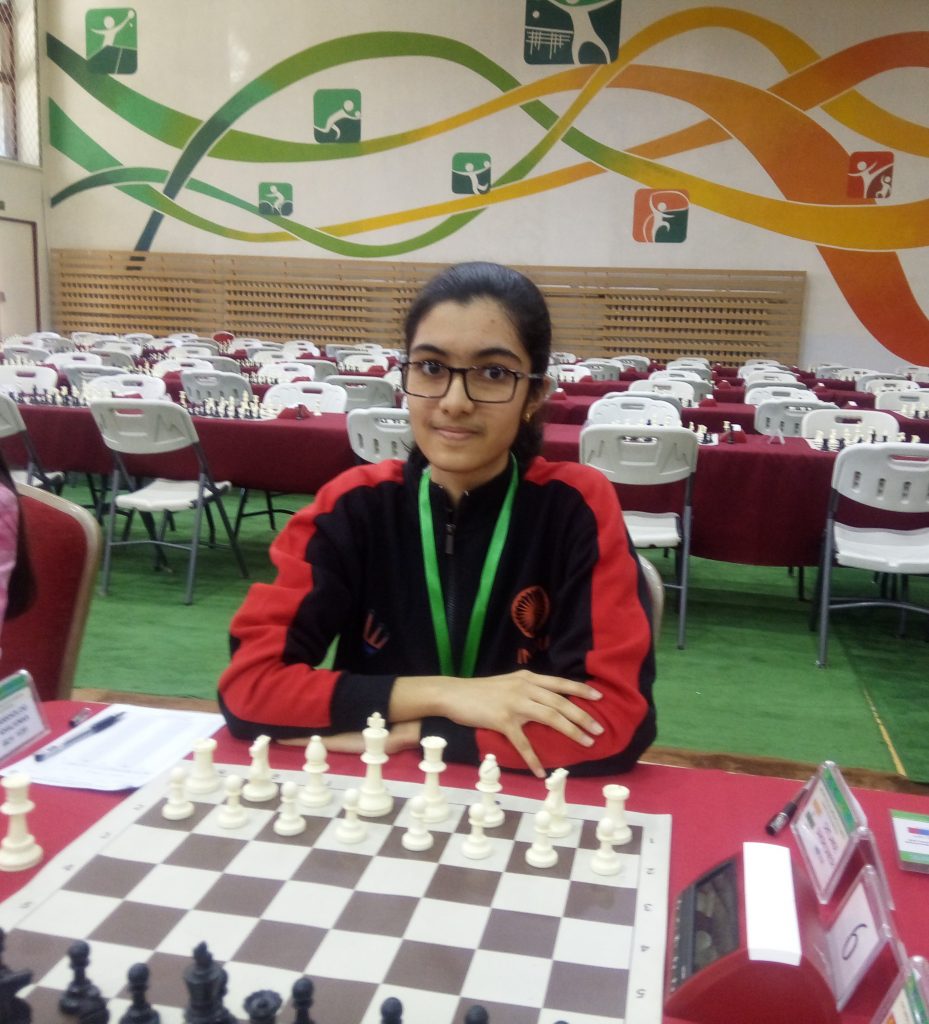 Sakshi played the Caro Kann defence and after the opening, Isha had the advantage due to pressure on the ‘e’pawn and also on the ‘b’ file. But Sakshi defended accurately and Isha blundered the exchange and Sakshi made no mistake in winning the vital point.

In a game of fluctuating fortunes, WIM Aakanksha Hagawane put it across the young Chinese Lu Miaoyi to finish 4th with 6.5 points.

In the Opensection,, FM Priasmoro Novendra of Indonesia won with a one point margin by scoring 8 points in 9 rounds and was followed by the top seed IM Yakubboev Nodirbek of Uzbekistan. However, IM N.Krishna Teja went down to FM Amartuvshin Ganzorig of Mongolia. 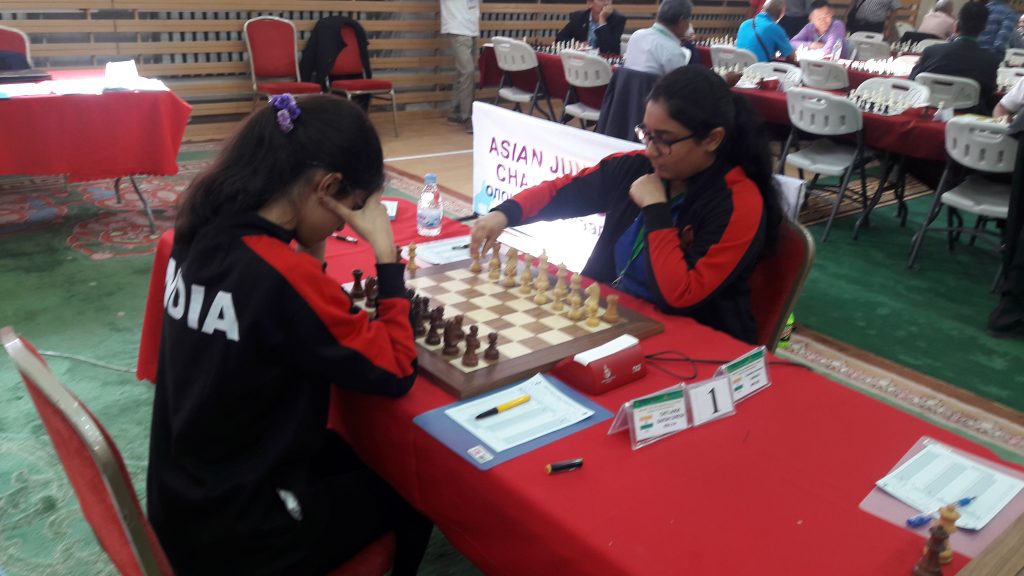 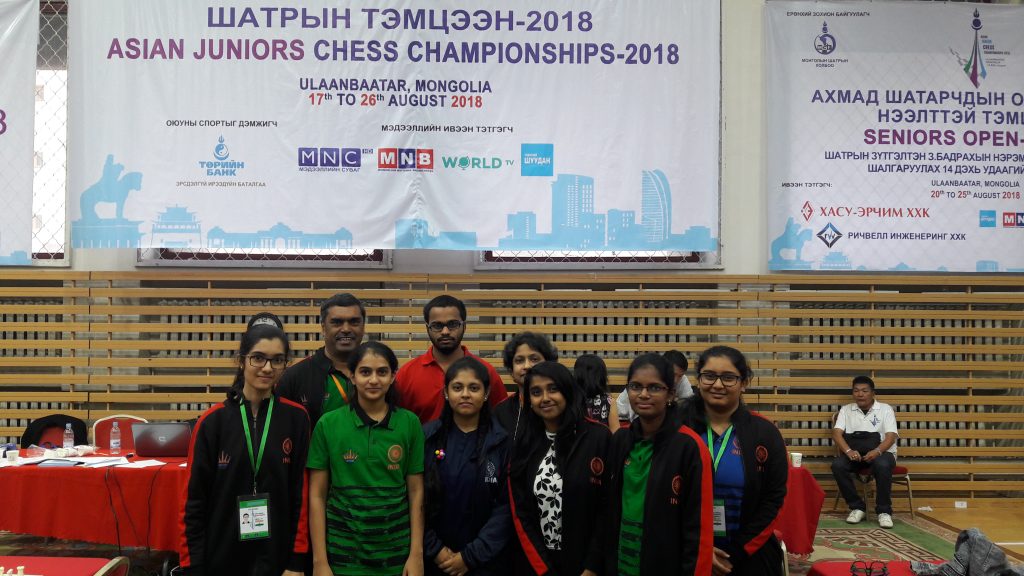 The Asian Junior Open and Girls Championship came to an end with a glittering function graced by the Deputy Speaker of Mongolian Parliament along with various office bearers of the Mongolian Chess Federation.

The entire Indian contingent was put up in a Hotel in the heart of Ulaanbaatar city and the players could commute easily to the venue, as the organisers had made good transportation arrangements. The only issue was since some of the team members had to make some adjustments with regard to intake of vegetarian food.

There were 33 players in the Open Section and 35 in the Girls Section. Overall India bagged three medals in the Girls section: Sakshi Chitlange bagged the Silver Medal in the Standard format. Aakanksha Hagawne bagged the Bronze Medal both in the Rapid and Blitz formats.

The Open event was won by FM Priasmoro Novendra of Indonesia with 8 points in 9 games followed by IM Yakkuboev Nodirbek of Uzbekistan with 7 points. The lone Indian player in the fray N.Krishna Teja could garner 4.5 points in 9 rounds. 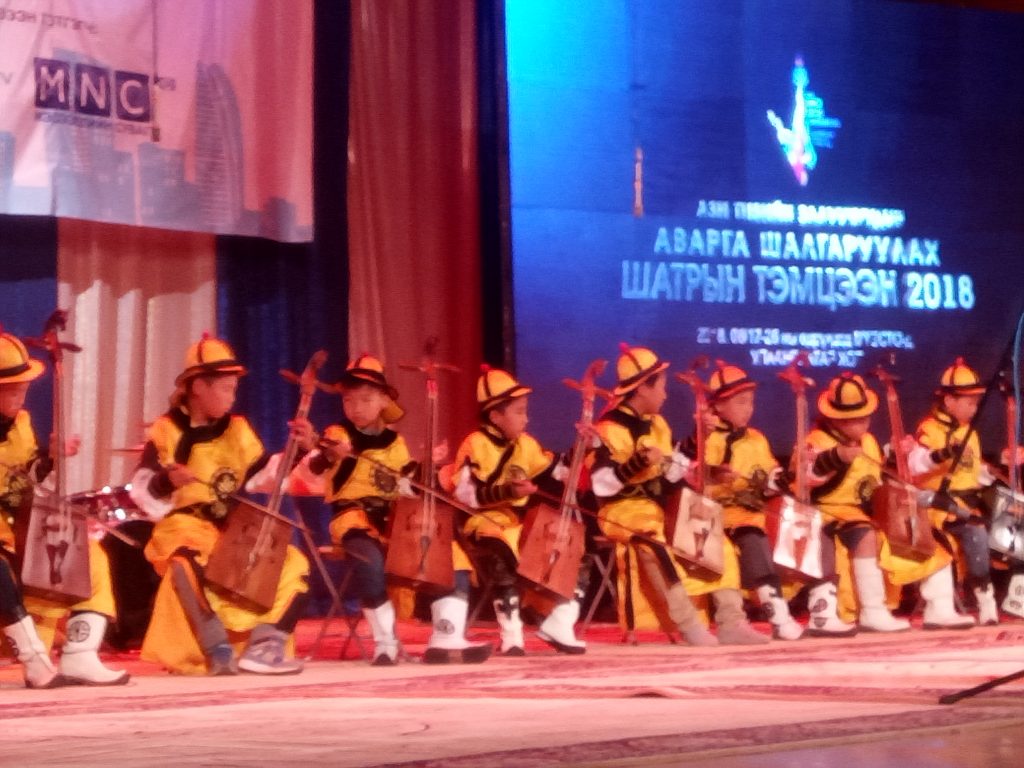 The packed audience during the closing ceremony were treated with several traditional Mongolian songs and some spectacular gymnastics in the decked up stage. The deputy Speaker of Mongolia thanked all the foreign dignitaries, teams etc while all the key officer bearers of the Mongolian Chess Federation were present on the stage.

The Mongolian Chess Federation also interviewed many of the foreign delegates about the event which was screened on local TV channels and they were optimistic that they will be able to conduct more such tournaments of international stature.

Summing it up, it was a nice experience and we thank the Indian Sports Ministry for all the help rendered to Chess in coordination with AICF.