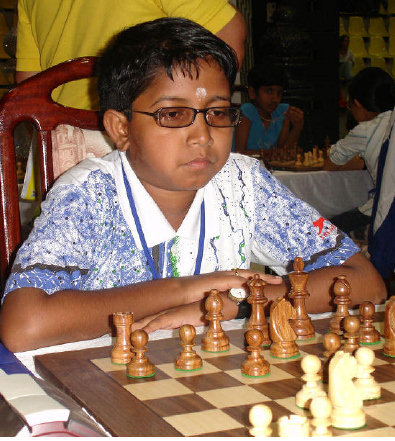 Former world under-12 champion Sayantan Das of Kolkata won the National Under-17 Chess Championship with a huge 1.5-point at Dibrugarh in Assam on May 10.

FIDE Master Satantan Das won seven games and drew four to remain the only undefeated participant. This event ran from May 2-10 and was organised by the All Assam Chess Association.

Top seed Nandhidhaa won the Girls event with a high score of 10.5 from her eleven games. She drew with the eventual runner-up and second seed Michelle Catherina. Nandhidhaa beat the rest including third seed Bala Kannamma and fourth seed WFM Srija Seshadri. Nandhidhaa who comes from Namakkal in Tamil Nadu gains 28 Elo points from this event.

Michelle finished second with 10 points. The additional draw to Parnali cost her the share of the first place. She gained over 20 Elo. Parnali Dharia gained more rating (33 Elo) than the top two while finishing third with eight points.

The top finishers will represent India in the World Under-18 championship of 2014. Experienced International Arbiter R.C. Chatterjee of Kolkata was the chief arbiter. 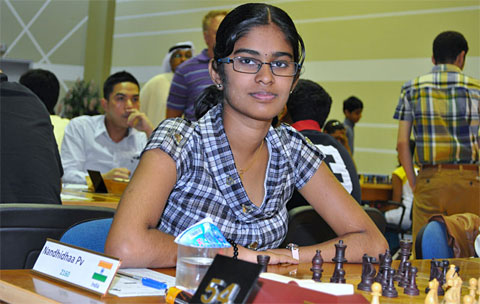