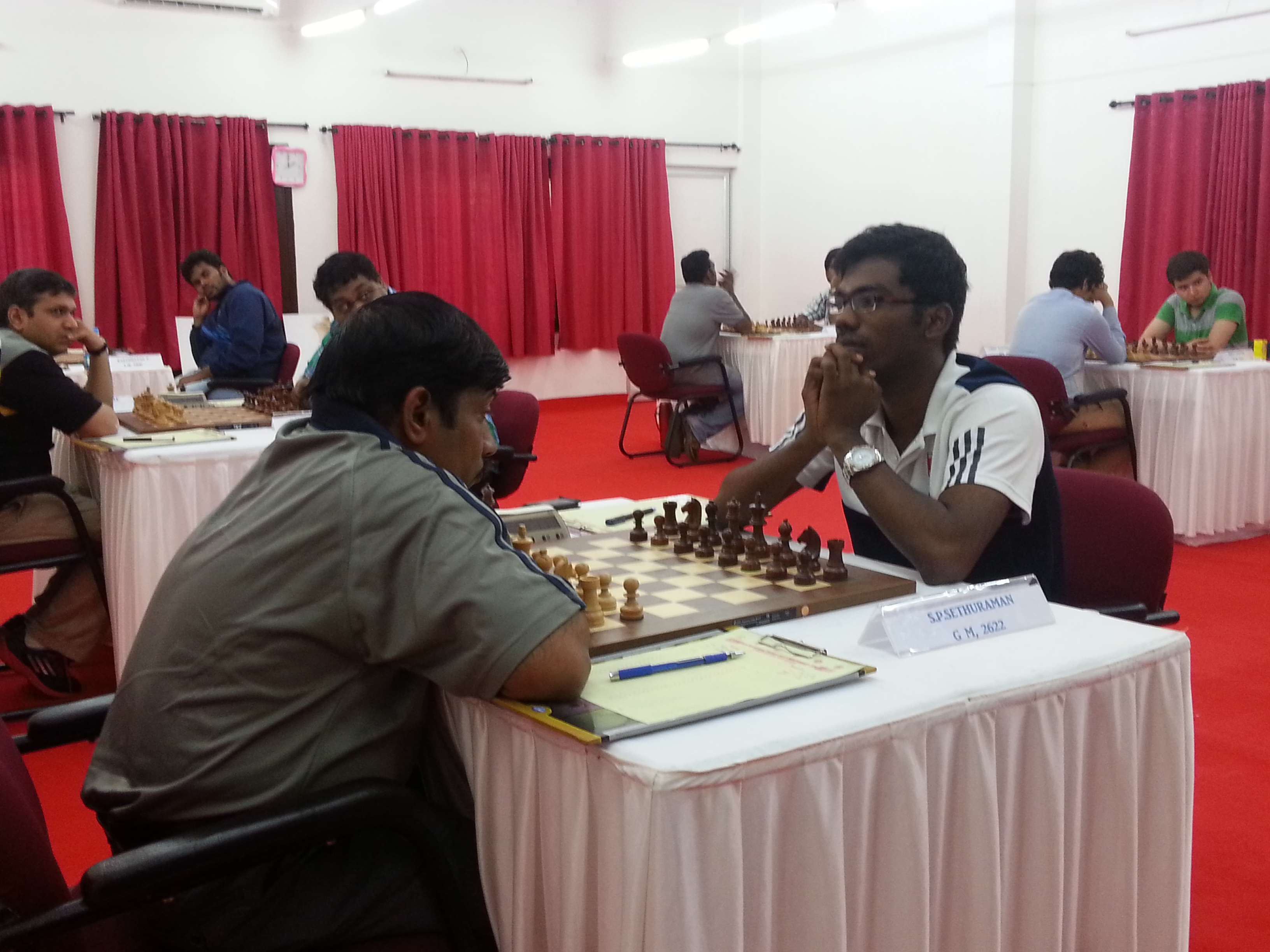 S.P. Sethuraman drew with Vidit Gujrathi in the eleventh round of the South Indian Bank – CMMS College National Premier Chess Championship that is taking place at Kottayam, Kerala on December 16, 2014. Sethuraman leads by half a point and a close finish is expected.

With two rounds still to be played, one thing is certain. A new champion is going to emerge either way. Sethuraman leads with 7.5, and is followed by Deep Sengupta and Sahaj Grover on seven points. Further below in the fourth place is Vidit Gujrathi on 6.5 points. All four of them have won world age group titles but not yet the National Premier!

Two rounds remain to be played in this 13-round 13-player all play all contest.

Rating changes are very mild with no huge gainers or losers. Karthikeyan gains 23.3 Elo and had a quiet bye in round eleven. The next biggest gainer Sahaj Grover gets only 13.3 Elo. Notable losers are none. V.A.V. Rajesh loses 16.3 and Swayams Mishra 10.1.

The absence of big stars like Ganguly and Sasikiran has allowed the next generation of stars to play and win the most prestigious National Premier.