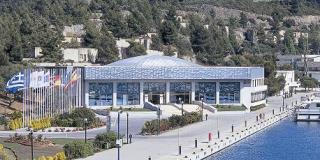 Out of the 50 Indians competing in the World Youth Chess Championship, seven of them are on full score and in lead in their respective sections after four rounds.

Seven rounds remain to be played at Porto Carras, Halkidiki, Greece. This event will conclude on Nov 5, 2015. The World Youth Chess Championship has grown into the biggest event in number of players. Now it boasts of 1596 players from 91 nations.

R Vaishali and her brother Praggnanandhaa are leading with full four points. Vaishali is the top seed in the Girls Under-14 section by a wide rating margin and will be expected to win this title.

Top seed Vaibhav Suri, the highest rated player in the entire meet is the top seed in the Open Under-18 section. He dropped two draws and is behind on 3/4.

The schedule has no double rounds. So Indians would no longer have that edge over Europeans. All games start at 3 p.m. Central European Time in Greece. Majority of our National Age group games in India start in the morning. Our players would adjust to these well.

Significantly, Divya Deshmukh has decided to defend her Girls’ Under-10 title and is leading with four full points after starting as the third seed. India has won this section for the past three years in a row and will be looking forward to another title.