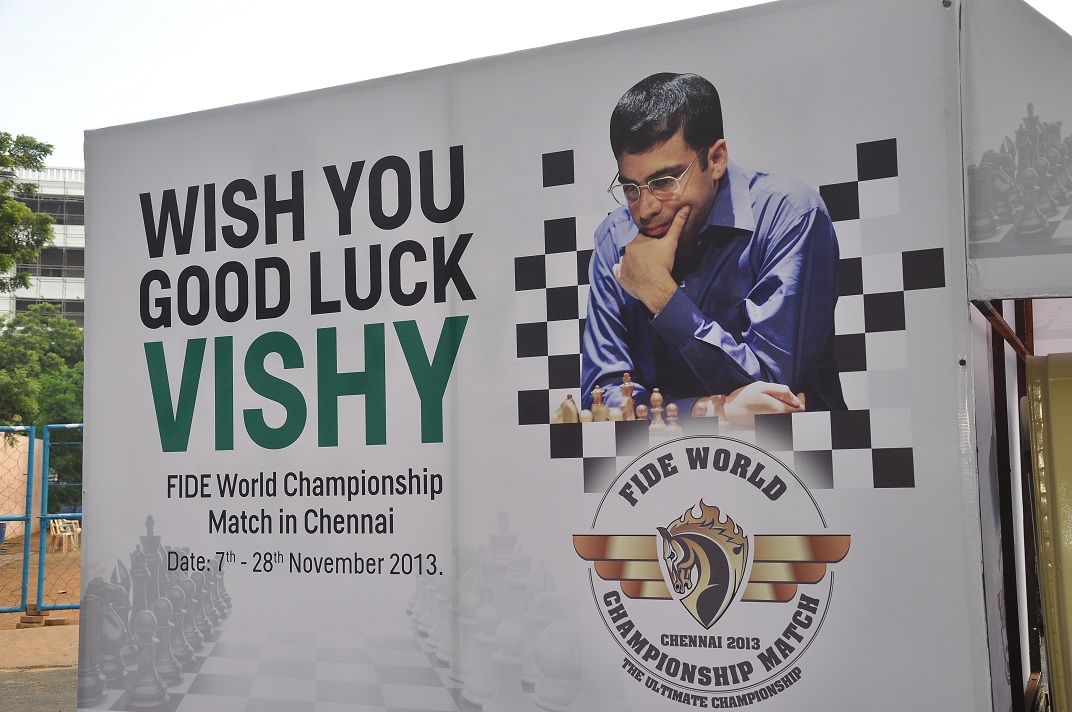 The New Indian Express which is the media partner for the World Chess Championship from November 7-28 at Chennai started a signature campaign wishing the world champ Viswanathan Anand all the best for the 12-game match.

Hundreds of people signed on the board wishing Anand best of luck for the upcoming match against Magnus Carlsen of Norway next month. Among those who signed the board were V Hariharan, Honorary Secretary of the All India Chess Federation.

Those who had come for business to the Tamil Nadu State Chess Association and the All India Chess Federation were among the early signatories. Sportsmen from other games also stood in line to sign and wish Anand all the best for the match.

Anand and Carlsen was currently in their last phase of training at undisclosed locations with undisclosed trainers. What they are looking at will determine the course and to a large extent the result of the match. 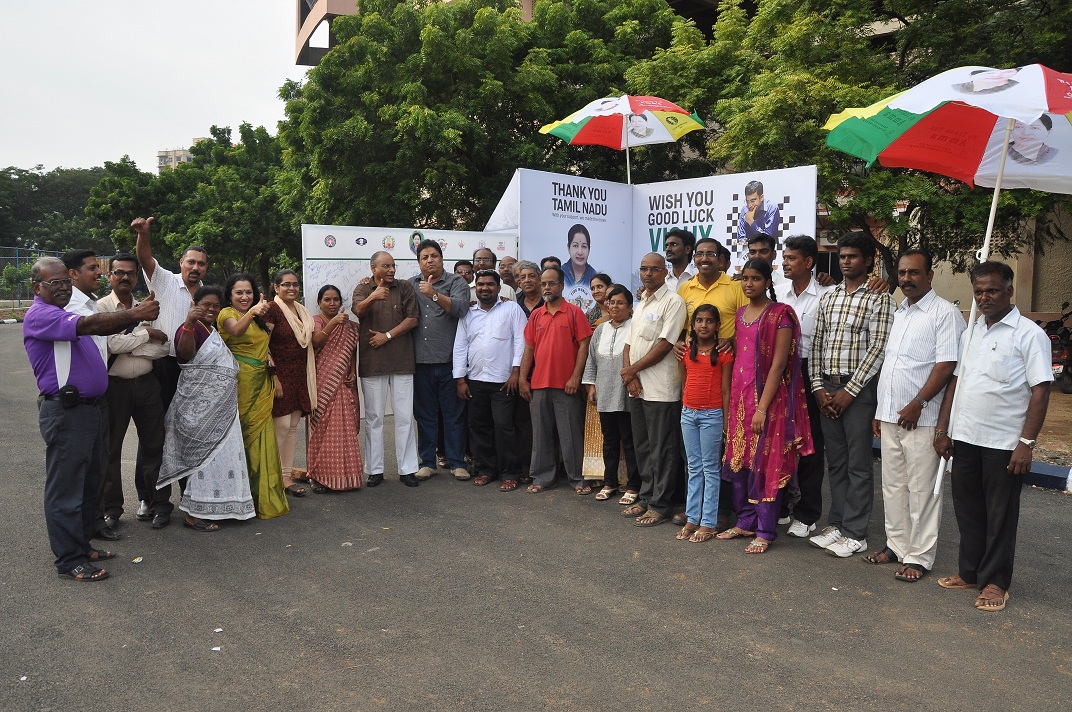 What is significant is that Magnus Carlsen was part of the Anand training team of 2008 when the Indian defeated Vladimir Kramnik at Bonn. Many of the leading players are working for either of the players and naming them in any report will only make it speculative. Peter H Nielsen, recent main trainer for Anand and Carlsen has decided to stay away from both camps.

The organisers, Tamil Nadu State Chess Association, are expecting a massive impact for the game in the city. All the seats are expected to be taken for all the days by the time the opening ceremony decides who will take which colour in the first game on November 9 at Hyatt Regency.

Chief Minister J Jayalalithaa will do the lots to decide the colours of the players. Tamil Nadu Government is the sponsor for this mega event which has a budget of Rs.29 Crores. 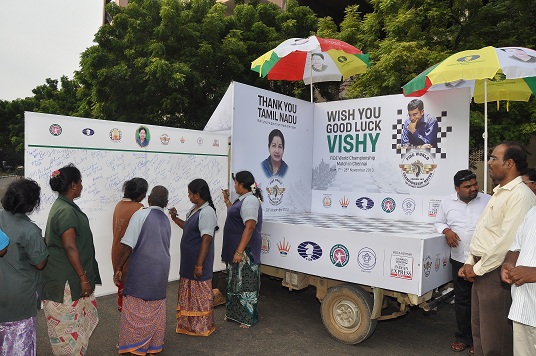 The campaign “All The Best Vishy” is going to create greater awareness for the game in the cricket hungry nation. The event will be inaugurated on Nov 7 evening at the Nehru Indoor Stadium in Chennai. It will only be the fourth time that the world title match is taking place in Asia and the first time in 13 years.