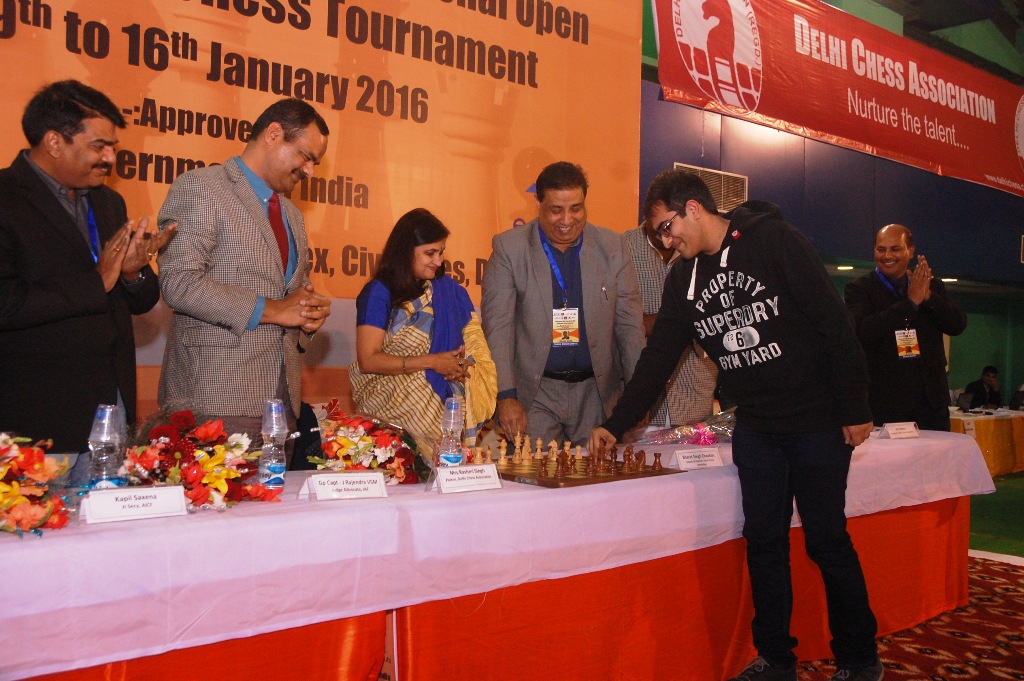 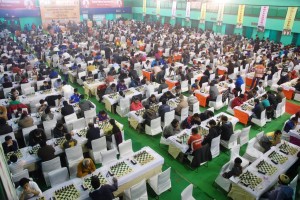 New Delhi (09 Jan 16) :-  Unheralded 12-year-old  Sankalp Gupta of Nagpur, Maharashtra created a major flutter in the very first round of the 14th Delhi Open as he shocked Italian Grandmaster David Alberto. The game was flowing along normal lines until Alberto lost a pawn, slipped into time-pressure as his clock ticked down, and eventually conceded defeat to the Maharashtra youngster.

Vinayak Kulkarni of Karnataka started the tournament on a positive note as he held Grandmaster Artur Gabrielian of Russia. Adhithya S of Tamil Nadu also held Hungarian Grandmaster Attila Czebe as Indians proved a solid match to the foreign grandmasters.

A total number of 200 players from 13 countries, which include 21 Grandmasters, 21 International Masters are taking part in the premier section of this 35 lakh prize money event while in the Category ‘B’ for the players below 1999 international rating which is underway simultaneously with the premier section attracted a total number of 602 players.  The third category for the players below 1599 elo rating will start on Wednesday and this section already crossed the barrier 800 and entries are pouring day by day.

In the opening ceremony, Shri. Bharat Singh made a surprise move by announcing the next edition of this event with a record prize fund of Rs. 51 lakh in the year 2017.