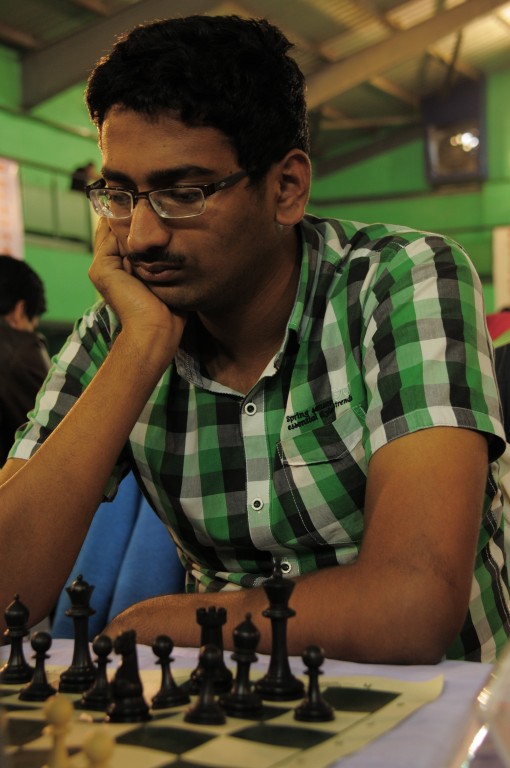 On what turned out to be another tough day for the higher ranked players, highest ranked Indian Grandmaster M R Lalith Babu was also held to a draw by N Krishna Teja while Delhi’s Grandmaster Vaibhav Suri also had to split the point with K Vijay Keerthi.

As many as 30 players including top seed Boris Grachev of Russia emerged with a perfect score after the end of the second round in this Rs. 35 Lakh prize money chess festival that is being held in three different categories.

The category ‘B’ that has a record participation of over 600 participants fighting it out for Rs. 11.5 Lakh saw most of the action on the top boards and after the end of the fifth round there, as many as eight players share the lead. This section has four more rounds to go and Amimi Habibulah of Afghanistan has emerged as one of the front runner for the title here.

Meanwhile in the premier group, the day belonged to Bala Chandra who cruised at the expense of seasoned Grandmaster Belous. It was an innocuous queen pawn opening by Bala Chandra that got the Indian a balanced yet dynamic middle game and set the pace for an exciting finish.

Belous, at one point in the middle game, could have drawn the game vide repetition of moves but the Russian decided to continue and that proved a decisive mistake. Bala Chandra got his pawn rolling in the center after some wild complexities and reached a winning endgame with an extra piece to ensure his second win on the trot.