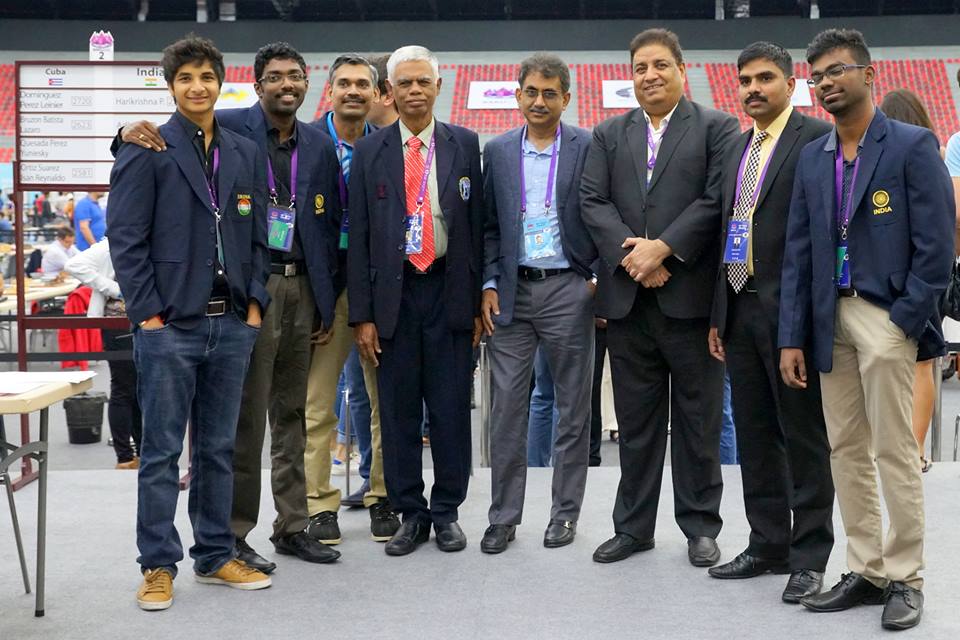 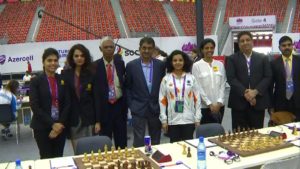 Vidit Gujarathi made the difference for India in the fourth round to beat Cuba in the Open section of 42nd World Chess Olympiad at Baku, Azerbaijan.

Playing with white pieces in Board No. 3, Vidit registered an emphatic victory over GM Yuniesky Quesada Perez to secure a crucial win for India as all other three boards ended without any decisive result. GM Harikrishna drew his top board encounter against GM Leinier Dominguez Perez while GM Adhiban and Sethuraman had the same result against GM Lazaro Bruzon Batista and GM Isan Reynaldo Ortiz Suarez respectively to make it 2.5 – 1.5 score line in favour of India. 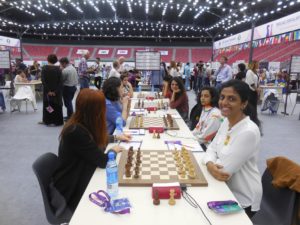 In the Women section, India – Israel match ended in a dead lock as on top board, off form Harika agreed to split the score against WIM Yuliya Shvayger after mandatory 30 moves while on board number two Padmini Rout made crucial mistakes towards the end of first time control to taste defeat against WIM Marsel Efroimski. Continuing her winning run, Tania Sachdev defeated IM Masha Klinova in just 34 moves but on fourth board Soumya Swaminathan found WIM Olga Gutmakher a tough nut to crack and agreed to split the point after 46 moves to signaling a peace treaty between the teams. 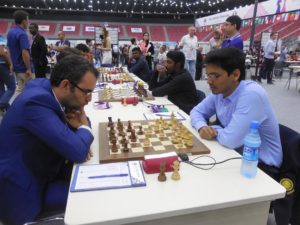 Australian Grandmaster David Smerdon held World Champion Magnus Carlsen to a creditable draw in top board of Norway-Australia match, which eventually won by the Norwegians by 2.5 – 1.5.

Before the start of the fourth round proceedings, President of AICF Shri. Shri.P.R.Venketrama Raja and Shri. Bharat Singh visited the tournament hall and encouraged the Indian players.

In the fifth round tomorrow, Indian Men team takes on host Azerbaijan while Vietnam paired against Women team.