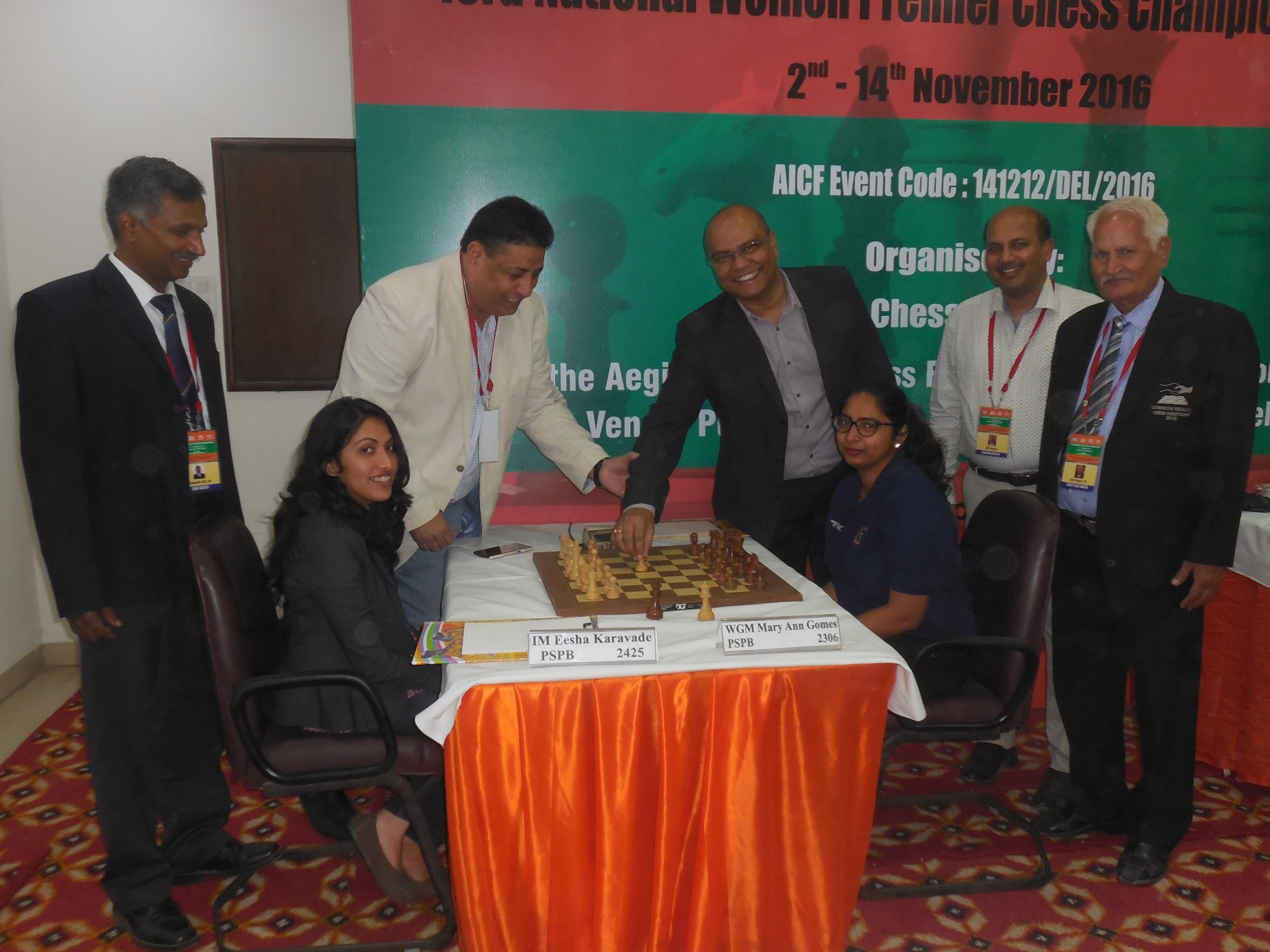 Six times winner and with four Grandmaster norms in her kitty, Vijayalakshmi was a class act from a seemingly harmless position against Mohanty and gradually outplayed her younger rival in what was clearly a one-sided affair.

It turned out to be one of those rare days when players with black pieces ruled the roost. As many as four black victories in the opening round while the other two games in the 12-player double round robin event ended in draws.

Top seed International Master Eesha Karavade was held to a draw by Mary Ann Gomes in what was the shortest game of the day. Sensing things have gone wrong for her from a London system as white, Eesha played it safe.

The shocker of the day came from P Bala Kannamma who defeated her more fancied Tamil Nadu state-mate R Vaishali. The fierce battle between the two ended in favour of the lowest ranked Bala Kannamma as she was able to get to Vaishali’s king first.

In other decisive games of the day, defending champion Padmini Rout laboured to a victory from a long drawn game against Pratyusha Bodda while M Mahalakshmi proved superior to Swati Ghate.
The battle between Soumya Swaminathan and Nisha Mohota ended in a draw after a tense battle.