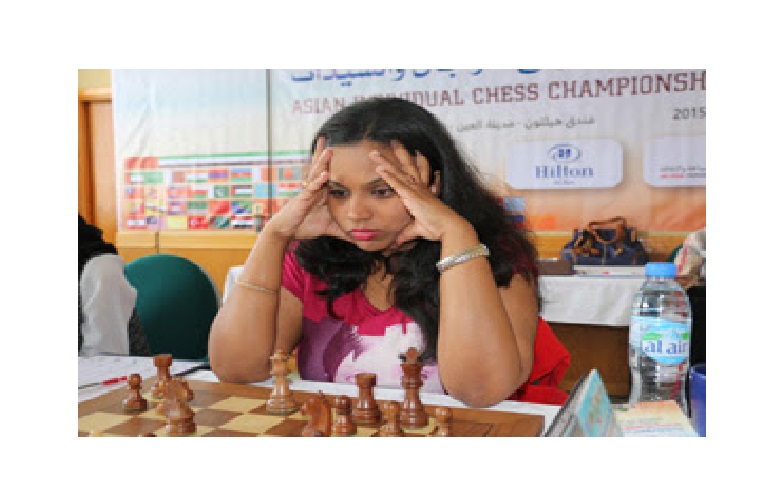 S Vijayalakshmi of Chennai is leading the Asian Continental Chess Championship that is taking place at Al-Ain in the UAE. After eight rounds, the first woman Grand Master of India who works with Air India is on 6.5/8 and is half a point ahead of a very strong field.

Pratyusha’s GM norm should already be in the bag and she should be playing for experience, placing and price money.

UAE’s Salem A.R. Saleh leads with 6.5 points from eight games and is also picked up a qualifying spot for the FIDE World Cup. The other four spots will be decided in the final round on August 10, 2015.

In the second place are three Indians on six points. They are pitted against different opponents in the final round. Vidit Gujrathi takes on the leader Salem Saleh with black while Ganguly faces Zhang Zhong with white. Abhijeet Gupta takes on China’s Zhou Jianchao with black. Ganguly, Gupta and Gujrathi, the three G’s are in the second place and could be among the five qualifiers.

Two others, Krishnan Sasikiran and Sethuraman, both from Chennai are on 5.5 points and have outside chances if they win the final round. Undefeated Sasikiran takes on top seed Le Quang Liem (Vie) and Sethuraman faces Idani Pouya of Iran with black.