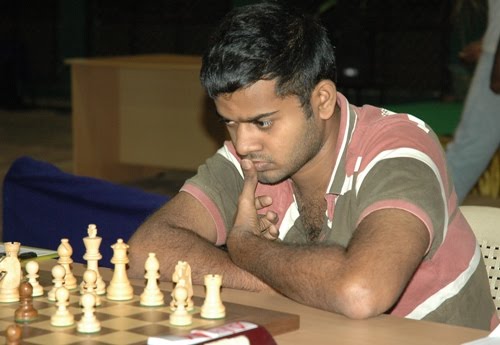 Vishnu Prasanna who had completed his three Grand Master norms required to cross the 2500 rating to complete the coveted title. He did it in style with three points from as many games at Albena, Bulgaria.

The 1989-born player had become an International Master in 2010. He has now qualified to become India’s latest Grand Master. After a minor slide in January 2009 and July 2011, his rating is always on the upside of the chart.

An aggressive player, V Vishnu Prasanna is well educated and had represented the Airports Authority of India in the National Team Championships at Hyderabad earlier this year.