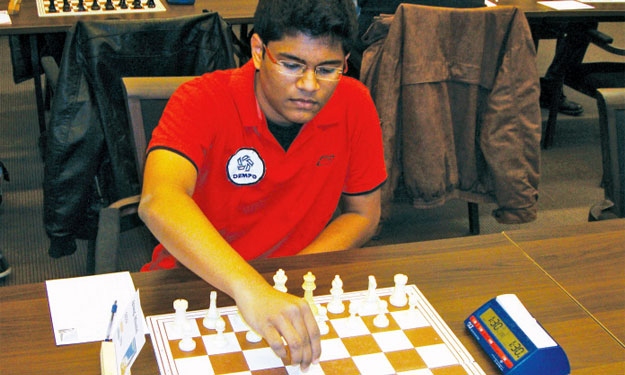 Anurag learnt chess from his father Arvind Mhamal. His father is a chess official in Goa. Anurag is a Goodwill Ambassador of the Dempo Group.

Anurag Mhamal completed his maiden International Master norm in the National Premier at Kolkata 2012. In fact, it was a Grand Master norm and his performances were overshadowed by 16-year old G Akash winning the National title.

His second IM norm was completed at the Kolkata Open in 2012 and the final norm was made here at Albena 2013 which is a one hour drive from Golden Sands Beach.

At Albena, he defeated Anravdor Petar (2490), and drew with Grigoryan Grigov (2510), and Mareco Sandro (2551). He sometimes works with Grand Master R.B. Ramesh of Chennai.

Otherwise, Anurag works alone. His favourite city is Barcelona. After this Bulgarian tour, he is travelling to Spain to compete in the three summer events there.

When he returns to Goa, he should get a hero’s welcome for becoming an International Master. He might get more GM norms in these events too.