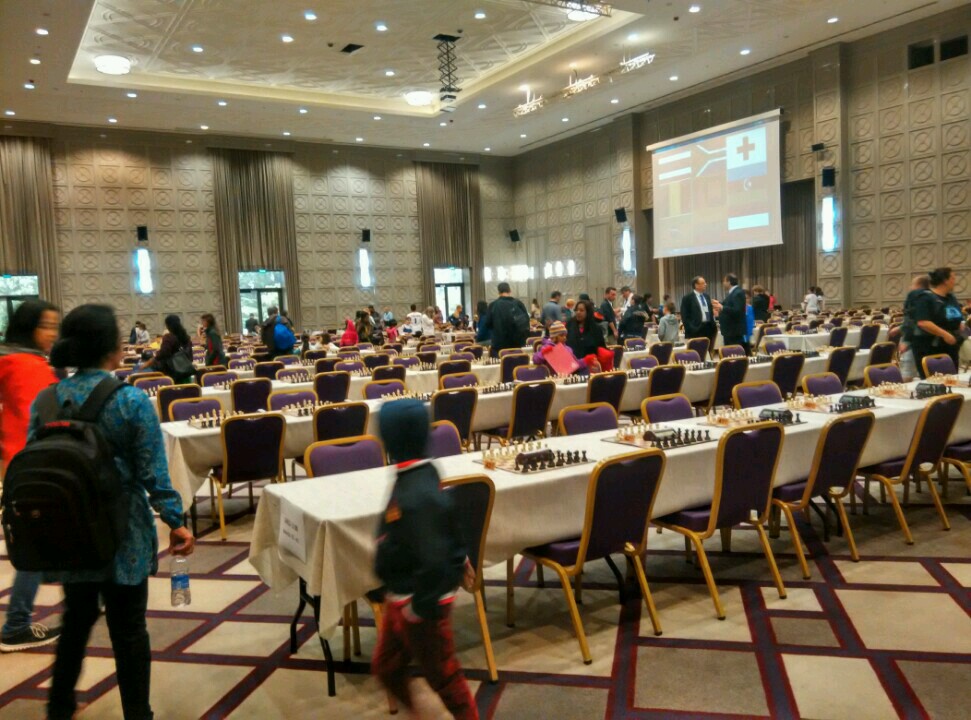 The Indian contingent in Batumi, Georgia for the World Cadet Chess Championships,2016 suffered a minor jolt in the third round. The overall score for the contingent is just 9 wins, 12 losses and seven draws, with some of our key players like Nihal Sarin, Divya Deshmukh, Mrudul Dehankar, Luke Leon Mendonca succumbing to their rivals in this round.

The only player from our contingent to be on full score at the end of the third round is IM Pragnanandha, who relentlessly ground down his opponent in a Rook and pawn ending. Another notable result from the round is Kushagra Mohan’s draw with higher rated Javokhir Sindarov from Uzbekistan. Our girls from the Under-8 and Under-10 sections, who have been making waves in the first two rounds, defeating higher rated opponents, faltered in the third round. However, the good thing is that the morale of the team is very high and everyone is eager to make a mark in this event.