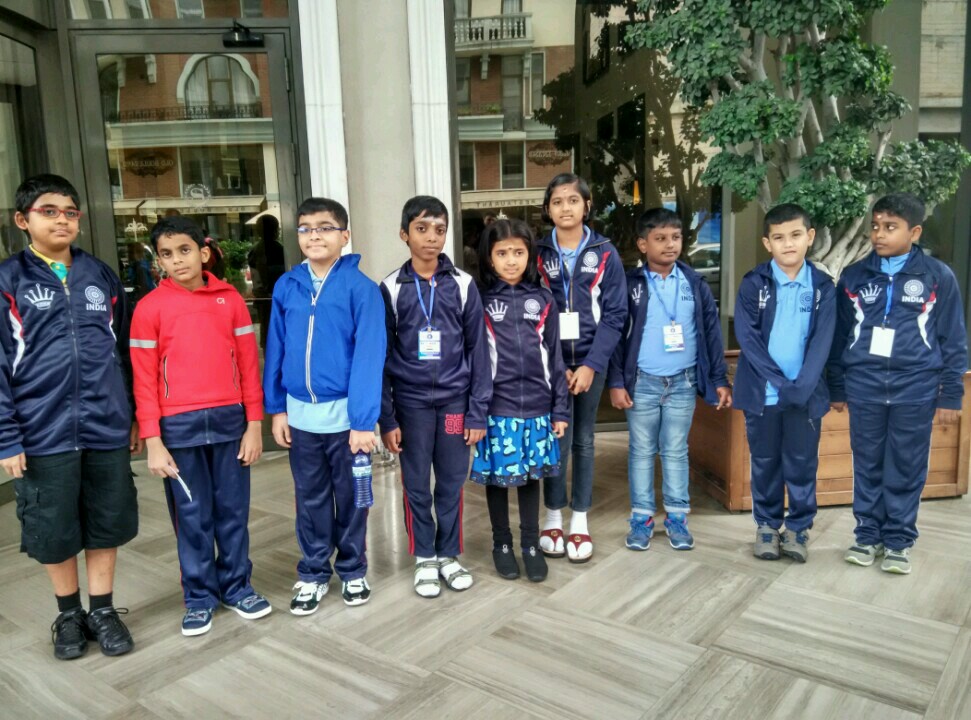 The second round of the World Cadet chess Championships was held at Hotel Sheraton, Batumi, Georgia on 20th October 2016. The Indian players had a very decent day – winning 15 games, drawing 7 games and losing six games. Our boys in the Under-8 section had a bad day losing four of their games, while the maximum number of draws were conceded in the Under-10 Open section, wherein the boys conceded three draws.

All the others had yet another smooth day in the office by winning their games in a facile manner. However, the day belonged to our Under-8 Girls, where all the four girls won their games comfortably. Three of them, viz., Shefali, Yashita Rout and Valety Swetha are in the joint lead with two full points. In the Under-10 Girls section also, yesterdays’ giant killers, M S Darsana and Vishwa Vasnawala continued their good run into the second round also. While Vishwa Vasnawala held her higher rated opponent WCM Zavivaeya Emilia to a creditable draw, Darsana went one step ahead and defeated her higher rated opponent WCM Sheikh Anum.

The Organisers have arranged for a download of all the games from the event, in PGN format from their official website – http://www.e2e4.ge/

The third round will be played at 3.00 PM today.