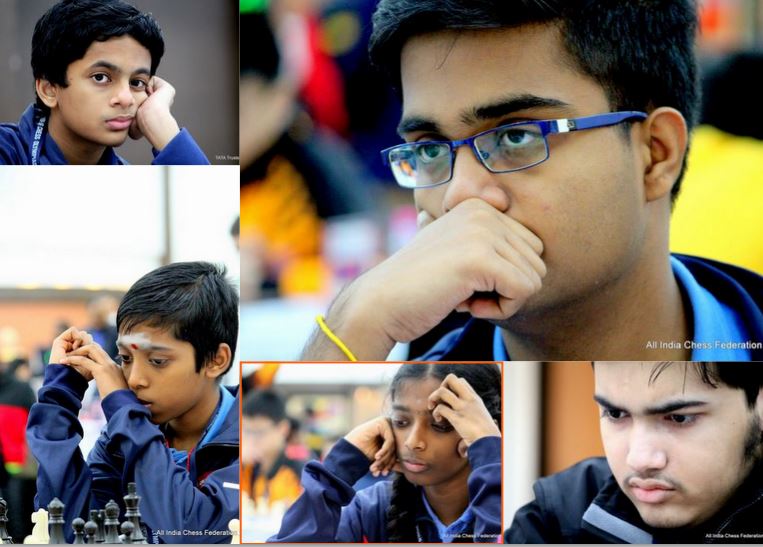 Russia were assured of the title at the end of the eighth round with one round to spare, when they outsmarted Armenia 3 – 1 to continue the relentless march. India Green and Iran also had victories with identical results to keep their second and third positions respectively intact. 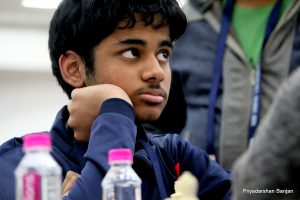 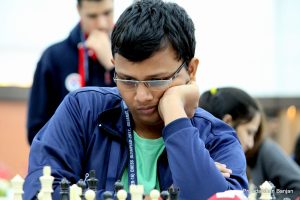 The ninth round climax was only to identify the team emerging runner up. In the final round, the Red team from India did what others could not do – beating Russia 2.5 – 1.5, the victories registered by E Arjun and Mitrabha Guha. Irrespective of the loss, Russia won the championship with 14 match points India Green conceded half a point to Kazakhstan to collect 13 match points and finished runner up.

Iran showed no mercy to Belarus, decimating them to a 4 – 0 defeat, to win the bronze medal.

India added one more feather to its cap by organising the World Youth Chess Olympiad 2017 organised by Gujarat State Chess Association on behalf of All India Chess Federation and FIDE at Karnavati Club, Ahmedabad from 10th to 18th December 2017.

The prestigious and mega event attracted 30 teams from 25 (including Uganda, which did not turn up at the last minute) countries from all continents – three from India, two from South Africa, two from Kenya, two from Nepal and other federations fielding one team each. The nine round Swiss team event had 9 rounds, with a time control of 90 minutes to each player, with an increment of 30 seconds per move.

Over the years, this tournament has jumped leaps and bounds in quality, with one GM, 14 IMs, 4 WIMs, 29 FMs and 7 WFMs, providing ample opportunities for IM and WIM norm seekers. The strongest ever team in Youth chess Olympiad was fielded by India in the name of India Green which had an average rating of 2503.