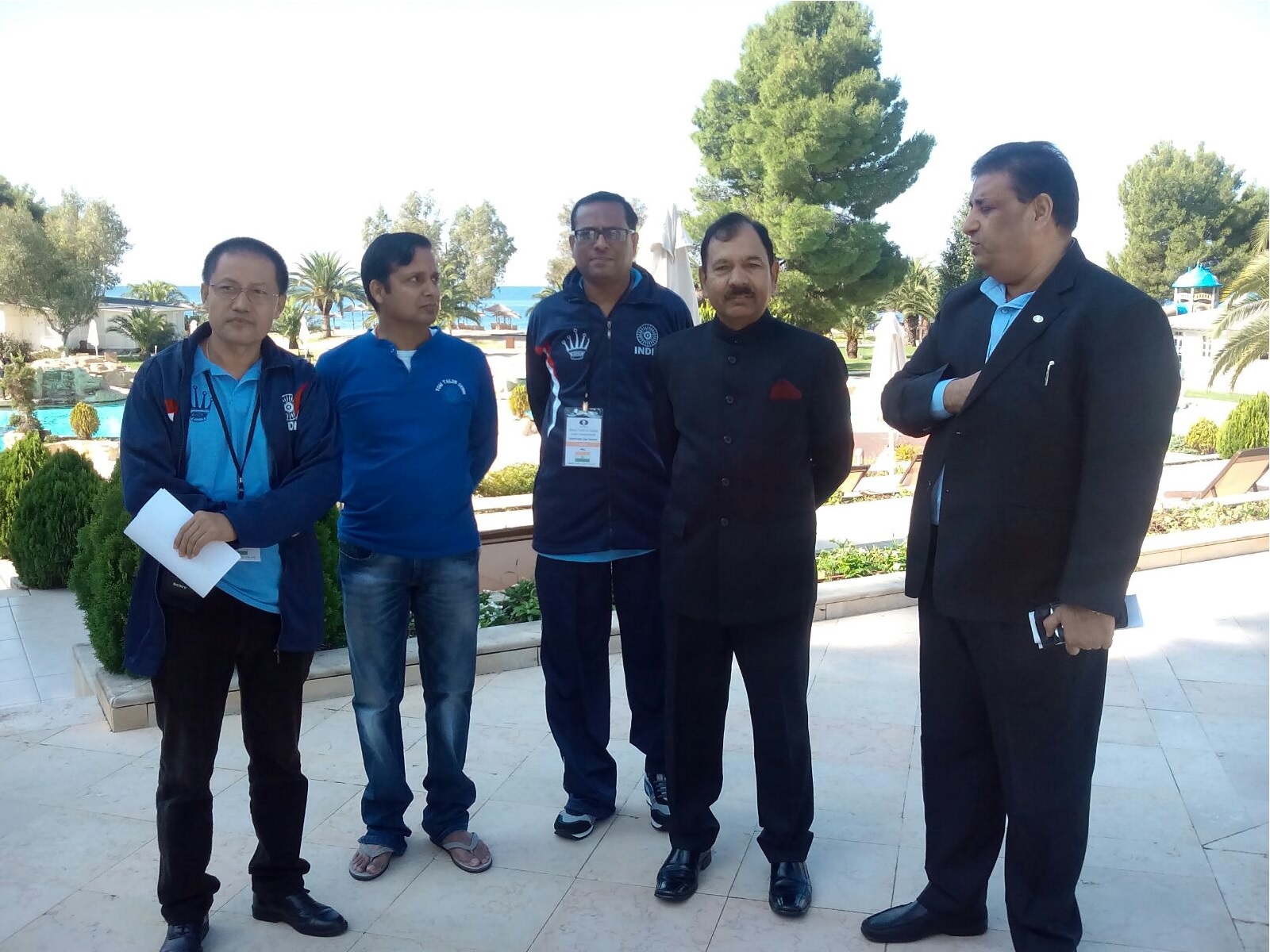 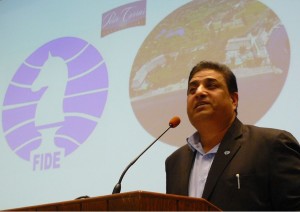 BY K.Gopalakrishnan, FIDE Trainer and Head of Delegate

Indian players were off to a good start at the 2015 FIDE World Youth and Cadet Chess Championships that began at Porto Carras in Greece on 25 October.

Top-ranked players in all the sections won their respective games. A lone disappointment was the loss suffered by Women Fide Master Srija Seshadri, who lost to Women Fide Master Amrayeva Aytan of Azerbaijan in the under-18 girls category.

Earlier in the morning, R. K. Verma, first secretary at the Indian Embassy, Greece addressed the Indian players and wished them success. He expressed his confidence on the players and hoped that the country would finish first this year also. India has been winning the ‘best country’ award for the last four years. 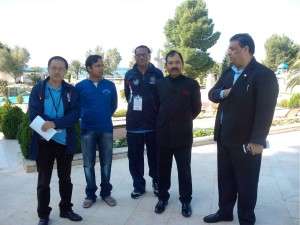 Bharat Singh Chauhan, chief executive officer of the All India Chess Federation in his speech, encouraged the players to give their best for the country.

All India Chess Federation chief executive officer Bharat Singh Chauhan addresses the players at the start of the world youth and cadets chess championships at Porto Carras in Greece on 25 October, 2015