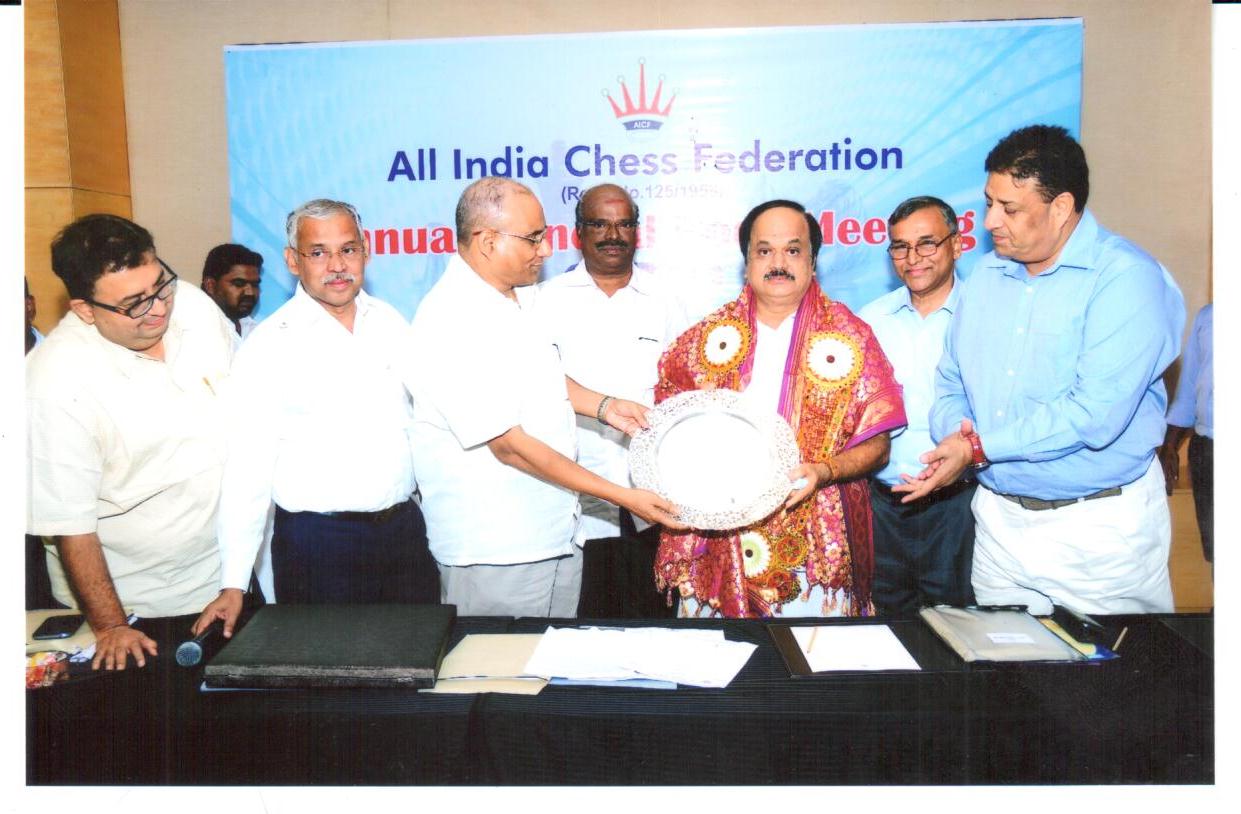 A fitting farewell to our President Mr.J.C.D.Prabhakar

Mr.J.C.D.Prabhakar has been supporting Chess since 1992 ever since he was invited by his good friend Shri.D.V.Sundar a known sports administrator from Chennai, to join him in promoting various sports and more particularly Chess. Mr.Prabhakar did not look back and went on to become a household name in sports circles in general and Chess circles in particular. He was loved by one and all for his simplicity and respect to human values. He was involved in a number of chess promotional activities along with Mr.D.V.Sundar and the State of Tamilnadu benefitted largely by their contribution. Mr.J.C.D.Prabhakar brought in lot of personalities, philanthropists, corporate people to sponsor many tournaments both at National and International level. The combination of Mr.Sundar and Mr.Prabhakar did wonders in promoting Tamilnadu Chess.

The chess lovers and players all over India started admiring this gentleman for his service to the game. His services did not go unnoticed. As a result, this humility personified gentleman was made the President of the All India Chess Federation. He was elected as M.L.A from the Villlivakam constituency in Chennai under Puratchi Thalaivi AMMA’s All India Anna Dravida Munnetra Kazhagam Party. At this juncture Grandmaster Vishy Anand had to defend his World title and Mr.Prabhakr was instrumental in taking the matter to the Chief Minister of Tamilnadu Selvi J Jayalalithaa and rest they say, is history.

The Tamilnadu Cheif Minister announced that her Government will support the organisation of the FIDE World Chess Championship between son of the soil Grandmaster Vishy Anand and the Grandmaster Magnus Carlsen of Norway by sanctioning a whopping Rs.29 Crores. The Chief Minister had also introduced Chess for Schools from 7 to 17 years of age all over the government schools. The Fide World Championship match was organised under Mr.J.C.D.Prabhakar’s guidance and was hailed as the best ever World Championship Match organised by FIDE.

On the last day, when he stepped down as the President of AICF on 22.06.2014, the members of AGM gave him a fitting farewell by presenting him a Silver Plaque with a Shawl and Garland. Thanking the members of the All India Chess Federation for their affection, he appealed to all the members to work hard with sincerity to promote the game of chess still further. He said he is laying down office with lot of satisfaction. He recalled how his friendship with Mr.Sundar enabled him to enter the field of Sports in a big way. He explained to the members that he had to take this decision to step down as he has to do lot of other social work as the elected member of the legislative assembly of Tamilnadu and that will not permit him to give his time for chess as a President. However, he said he will continue to take interest in promoting the game and wished each and every member well.

After a photo session members had lunch with him at the Hotel Hyatt Regency where the All India Chess Federation AGM was held.