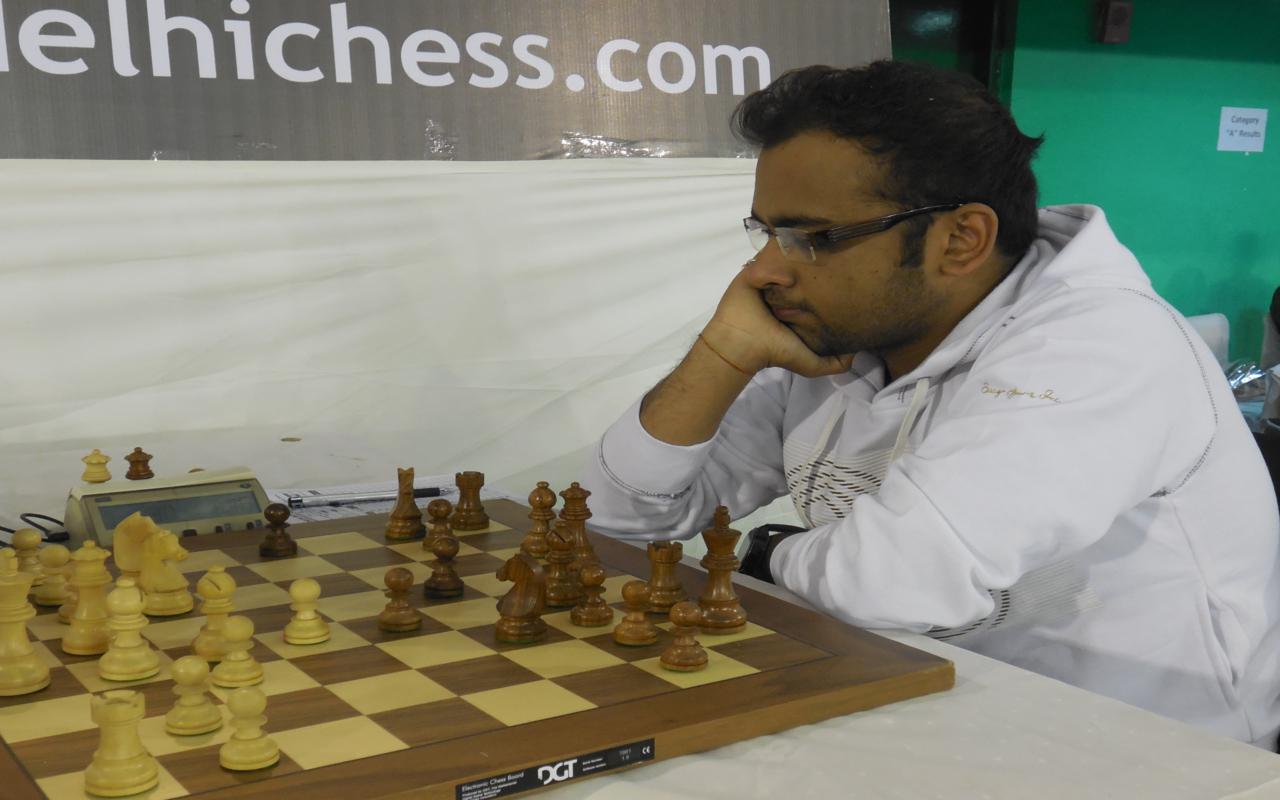 Displaying top form again, Gupta was unstoppablke from the black side of a Scotch opening against Kravtsiv who needed to win to stay in concetntion for top honours int he tournament. It turned out to be a brilliant endgame display from Gupta who is fresh from his victory at the Al-Ain Classic in the UAE.

For the records, the Scotch opening led to a slightly better endgame from Kravtsiv but it was not enough to garner a full point. The Ukrainian however wanted a win at all cost as he was trailing Gupta by a full point and that laid the foundation of a superlative endgame display.

The way he handled the rook and pawns endgame left Kravtsiv gaping and the end postion was theoretically won for Gupta who took his tally to a remarkable 6.5 points out of a possible seven.

On the second board, M R Lalith Babu played it safe and drew in just 20 moves against Merab Gagunashvili of Georgia to inch himself up to 5.5 points. Joining him on the second spot was young International Master Ankit Rajpara who got the better of Levon Pantsulaia of Georgia, Veleriy Neverov of Ukraine, young talent Bobir Sattarov of Uzbekistan and Eldar Gasanov, also of Ukraine.

In the next round now Gupta will play as white against Rajpara while Lalith Babu meets Sattarov.

Earlier in the seventh round game, Gupta had drawn with Neverov after standing slightly better for the major part of a queen pawn game. The drawn result had helped Lalith Bau bridge the gap as he scored an easy victory over Raset Ziatdinov of Uzbekistan.

Meanwhile after the conclusion of the ‘B’ group, the ‘C’ group took off in style with 780 participants. The organisers have offered a record prize fund in the world for such a tournament. The entries int he ‘C’ group combined with the ‘B’ and premier section have surpassed 1400 registered participants which is a record by miles in any event held in the country.

Earlier in 2013, the total participants in the same events were 899.