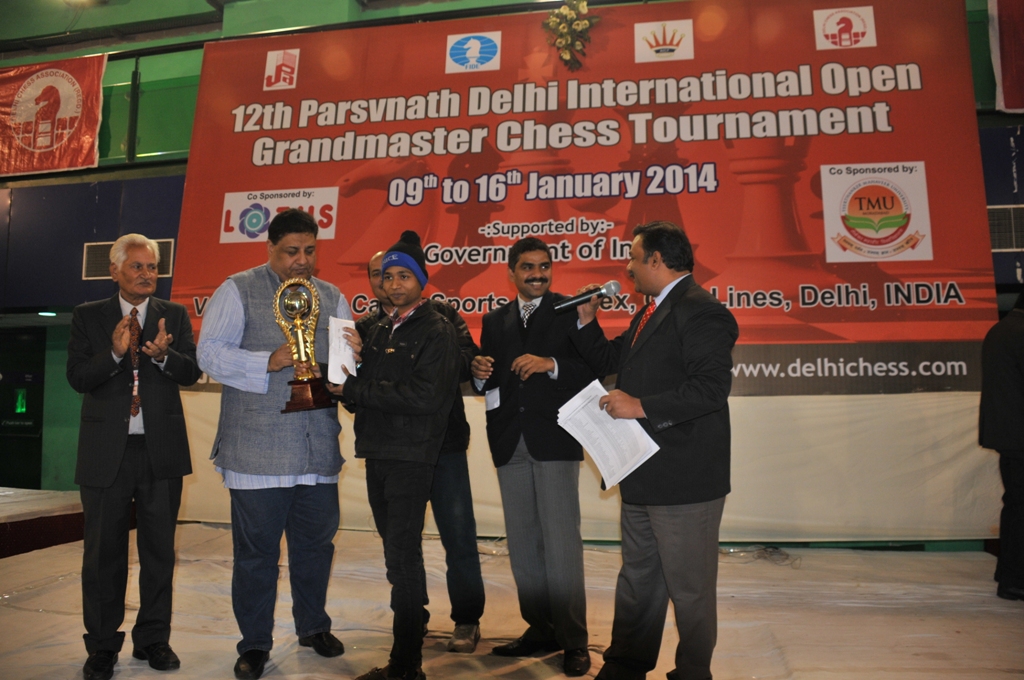 With his fifth victory in as many games, Gupta surged ahead of the field by a full point at the half way stage with five rounds still to come.

It was a case of hit and miss for Babu who faced the Grunfeld defense from Gupta and went for the Hungarian variation that resulted in a oft-repeated variation. Gupta chose to win white’s queen for three minor pieces that is theoretically proven to be sound and Babu got the slight advantage he was hoping for as the game progressed.

However, just when things started to heat up, Gupta was able to retain the balance with a rook sacrifice for a minor piece and even proposed a draw that was spurned down. Hoping to win from a level position, Lalith Babu misjudged a tactical trick that cost him the full point.

In the ‘category ‘B’ that concluded on Sunday, Vijay Kumar of Bihar annexed the title with his best tiebreak after a five-way tie was resolved at the top. Tallying 8.5 points, Vijay Kumar had the best Bucholz score to win a cash award of Rs. 100000/-.

A notable performance in this section came from under-8 world champion R Praggananandhaa who also tied for the top place but had to be content with a fourth place finish.