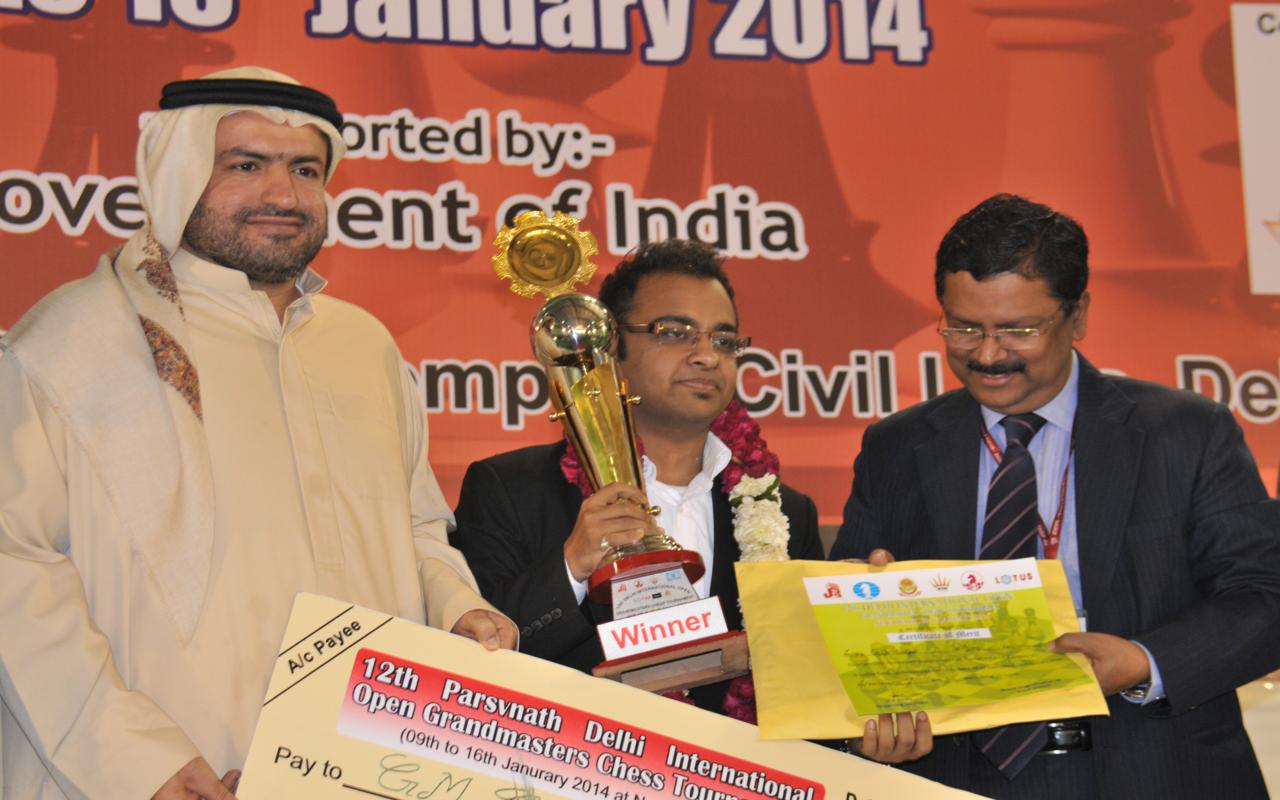 New Delhi (16 Jan 14) :- Grandmaster and Commonwealth champion Abhijeet Gupta won the title after an easy draw with Eldar Gasanov of Ukraine in the 10th and final round of 12th Parsvnath Delhi International Grandmasters Chess Tournament that concluded here at Ludlow Castle Sports Complex.

On what turned out to be an easy victory, Gupta won six and drew four games to tally eight points which was a half more than nearest five competitors.  Valeiry Neverov of Ukraine finished second with his best tiebreak score on 7.5 points after taking a draw with John Paul Gomez of Philippines.

Indian Grandmaster Deepan Chakkravarthy finished third with a commendable victory against Russian Grandmaster Alexander Evdokimov in the final round.  Gomez and Levan Pantsulaia were the others who tied for the second spot on 7.5 points apiece.

Gupta, a BPCL employee who lives in Bhilwara in Rajasthan got richer by Rs. 3000000/- for his fantastic performance along with some useful rating points. For the 24-year old it was a back-to-back International tournament victories after winning the Al-Ain Classic in the last week of December.

It was a very successful edition of the annual event as a total of 1396 players registered for the three events as part of the festival. The C group was won by Imtiaz Ali.