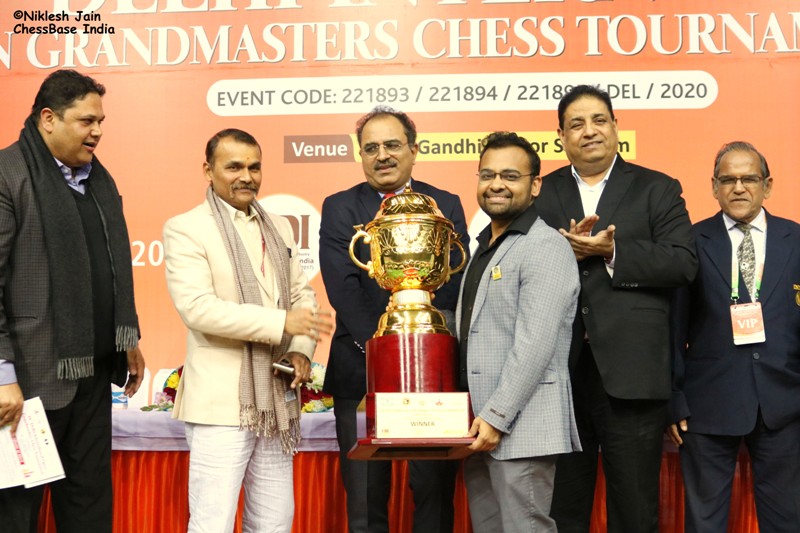 India’s GM Abhijeet Gupta beat Aleksej Aleksandrov of Belrus in the 10th and final round on Thursday to win the 18th Delhi Open International Grandmasters Chess Championship in New Delhi.

Starting the final game half a point behind the Belarussian, the 30-year old Gupta secured a win in 37 moves to seal the top prize with 8.5 points.

The Indian with an ELO rating of 2603 played consistently right through the tournament with a loss to fellow GM and compatriot Karthik Venkataraman in round three being the only blip.

Gupta bounced back strongly to score 6.5 points from the last seven rounds, following his third-round loss to Karthik. Aleksandrov who won the title in 2013 and led the field till the penultimate round, had to settle for second spot. Gupta, a five-time Commonwealth champion, took home the winner’s purse of Rs 6.5 lakh.

Karthikeyan Murali (ELO rating 2606), who was the top-ranked Indian in the tournament and the third seed, beat Florian Kaczur of Hungary in the final round to finish 11th with 7.5 points.