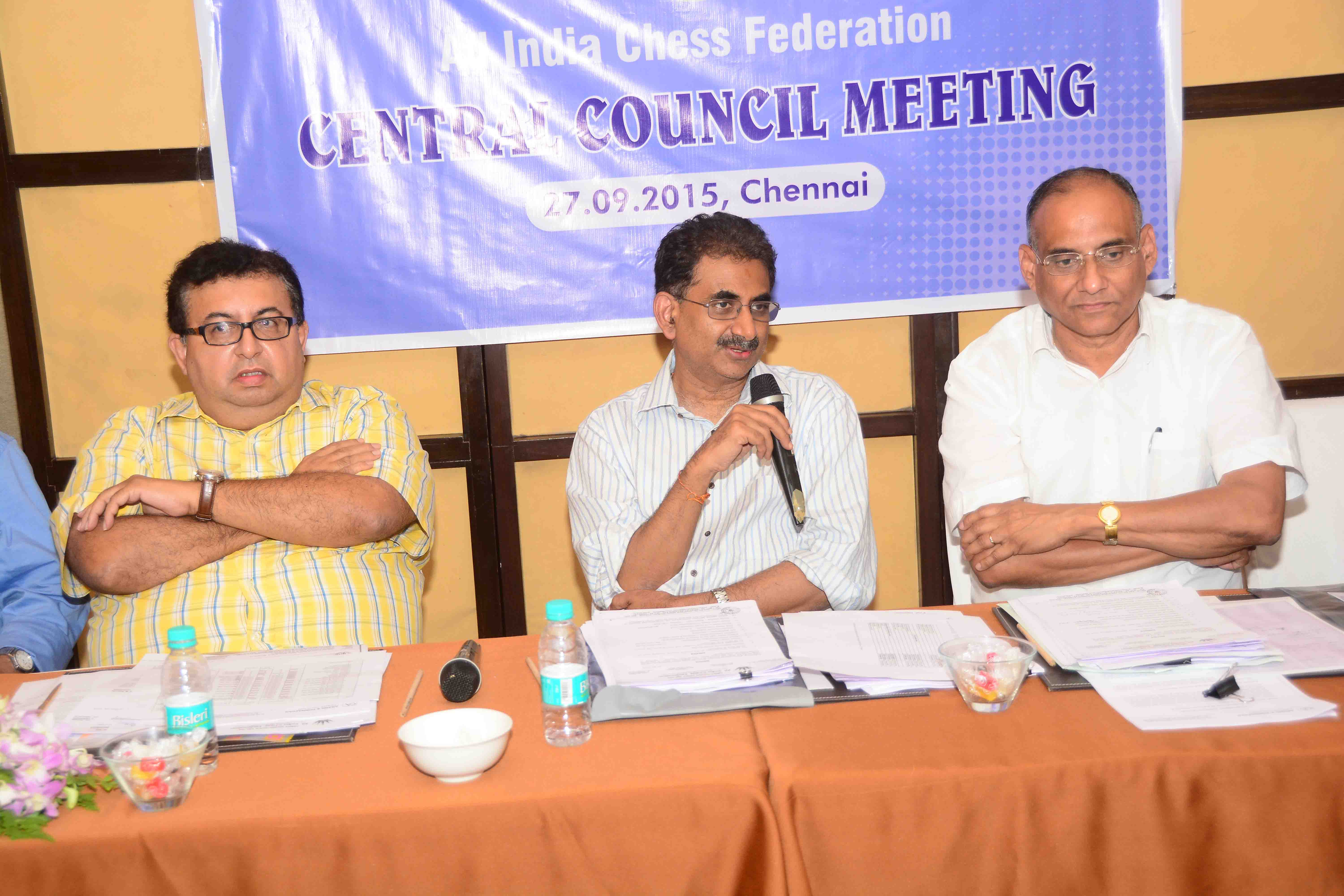 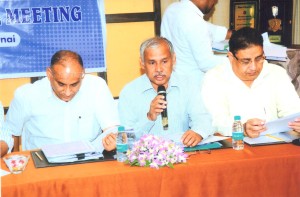 Before the start of the Central Council meeting of the All India Chess Federation, the President invited Grandmaster R.B.Ramesh and father of R.Vaishali to the podium to receive memento presented to the Indian delegation at Abu Dhabi, during the FIDE congress. These awards were instituted by the Asian Chess Federation since 2014. The members were informed that during this year awards function held at Abu Dhabi during the FIDE Congress, India was declared meritorious in four categories namely 1. the best Youth Coach of the year GM.R.B.Ramesh for being the coach of the gold medal winning Indian Youth Olympiad U-16 team 2014, 2. the best girl youth player of the year to R.Vaishali for winning Bronze ( Girls Under – 14) medal in World Youth Championship, 2014, 3. the best youth team for winning the Youth Olympiad 2014 and 4. for being the most active Federation of the year. The members placed on record their appreciation for the above performance.

Mr.Mrudul Kumar Mahanta was nominated as Chairman of the Ad-hoc committee for Assam Chess in place of Mr.Rajeev Kumar Bora.

It was brought to the knowledge of the members that while all other sports have dress code for the players, the same is not in practice for chess. The FIDE / Asian has already started to implement the dress code in the World Youth and other tournaments. After discussion it was decided that to begin with AICF also should implement the dress code regulations for players in all the National Championships starting from 01st of January, 2016. It was decided that all State Associations should send their players including special / Donor entry players with proper uniform (however, in respect of special/donor entry players the Association may collect the cost of the uniform from the players). To begin with it was decided that the players should atleast wear uniform (same colour and brand with the name of the State printed prominently at the back and the emblem in the front left side) with T-Shirts / Formal Shirts. Girls / Women to be also given appropriate uniform dress.

FIDE had allotted the World Youth Under -16 Chess Olympiad 2017 to India. Venue to be decided later.

Acting on the basis of complaints received, the AICF has banned Mr.Aronyak Ghosh and Mr.Neelash Saha (for allegedly giving walkover in the last round match by Aronyak Ghosh to Neelash Saha which helped him win the title) with immediate effect from participating in any International tournament till 31.12.2016 pending their reply to the show cause notice. 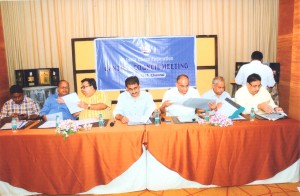 A disciplinary sub-committee with the following members will go through their reply, if any, and give their findings and suggestions on the above episode. The Committee would meet at Bangalore on 11.10.2015 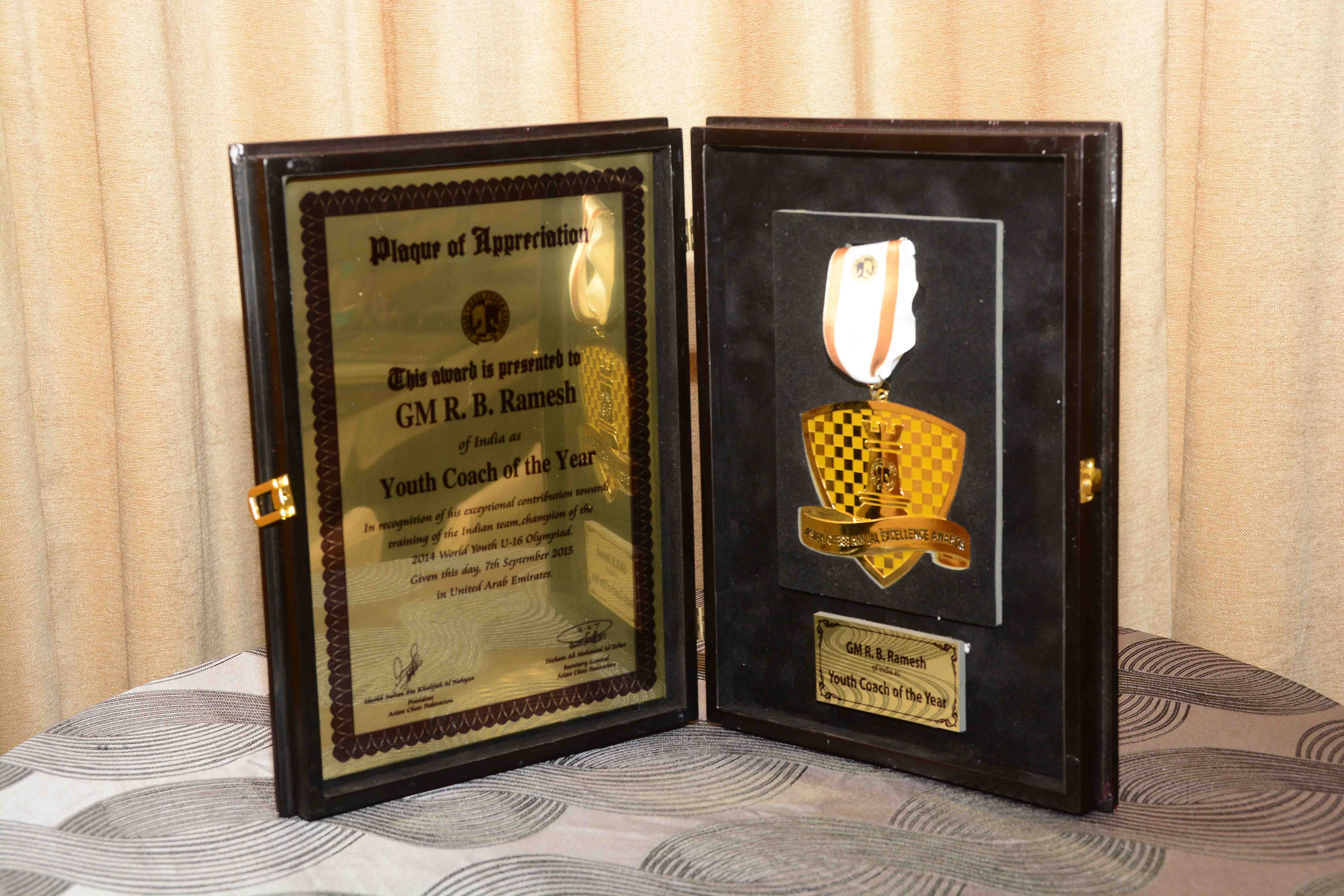 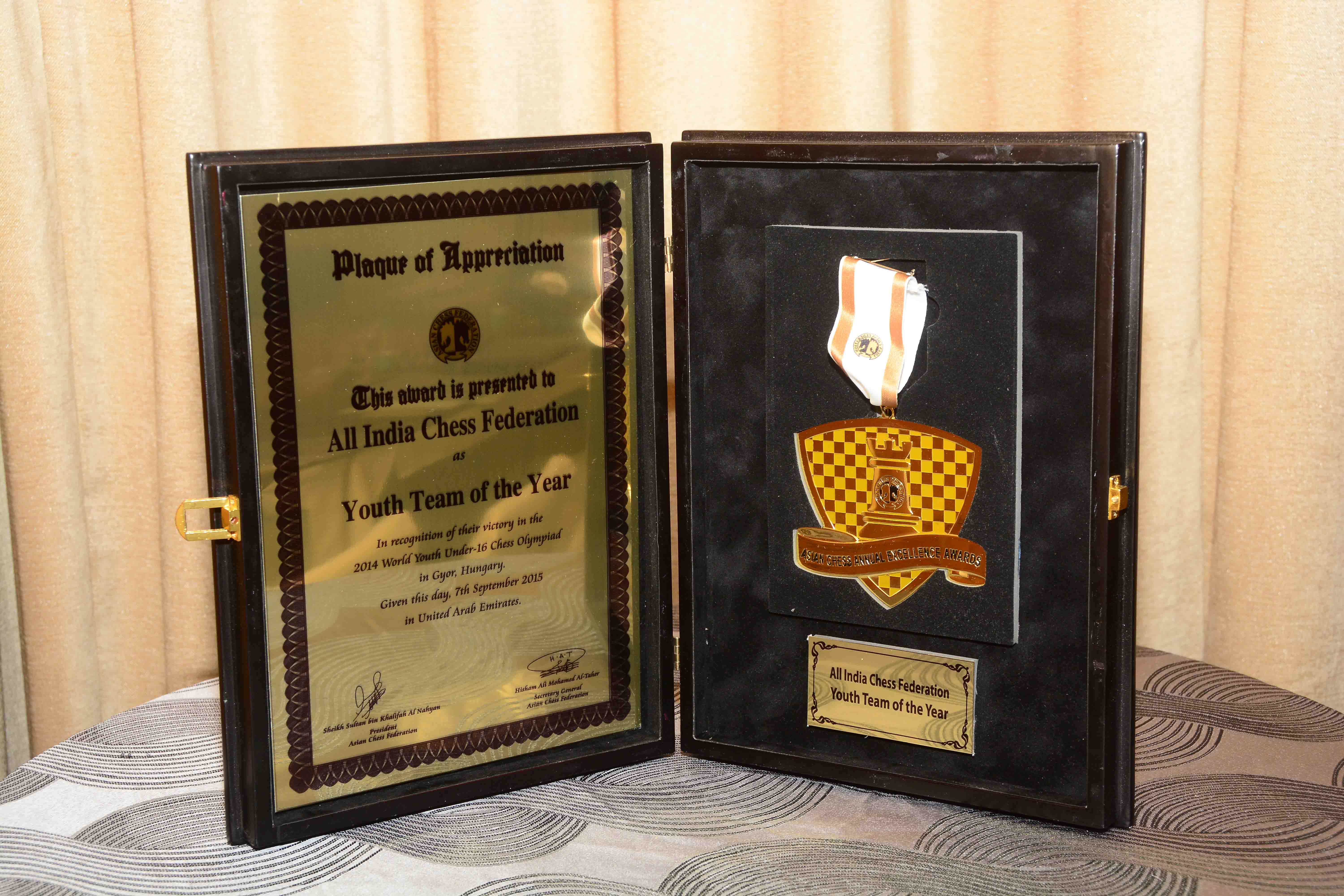 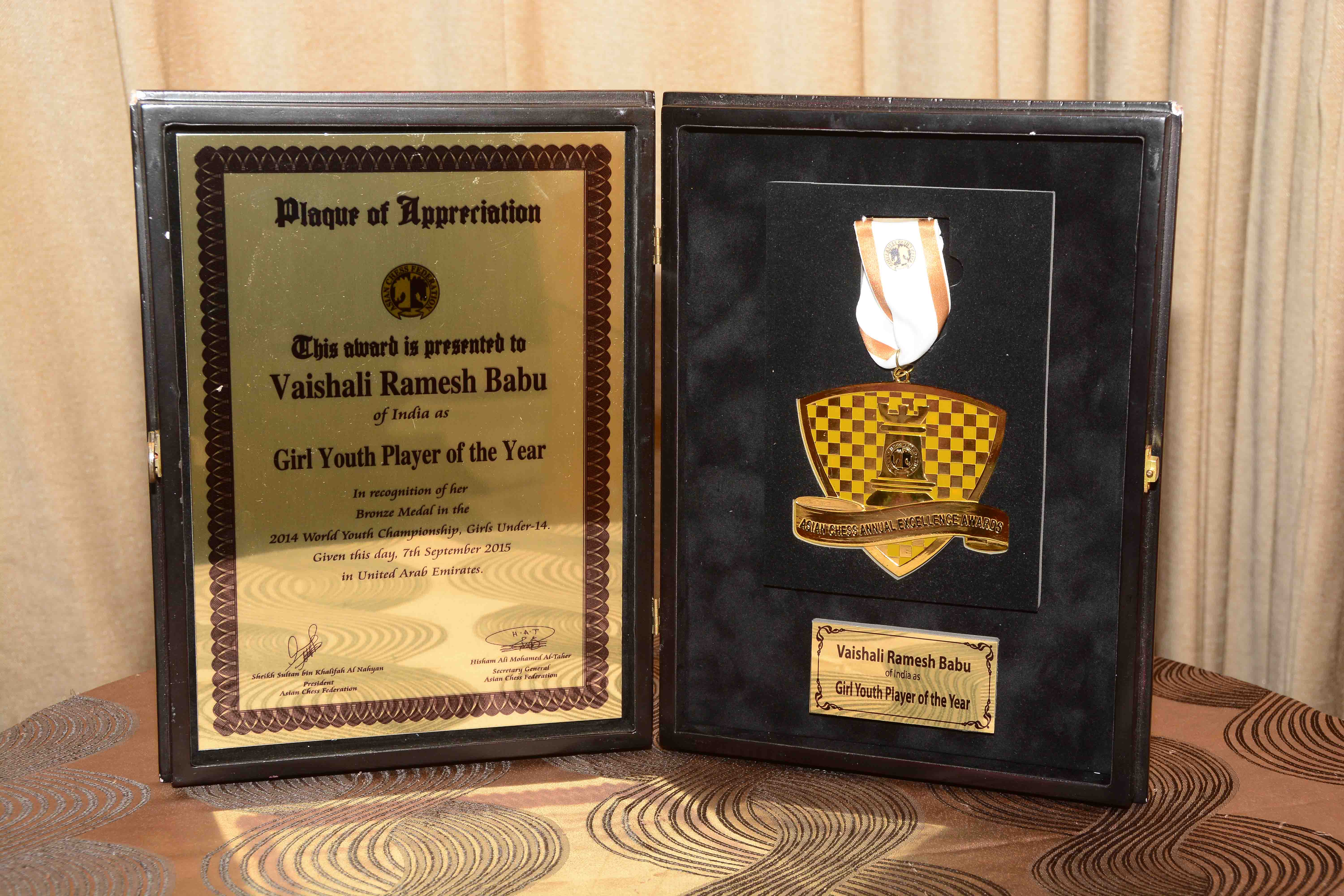 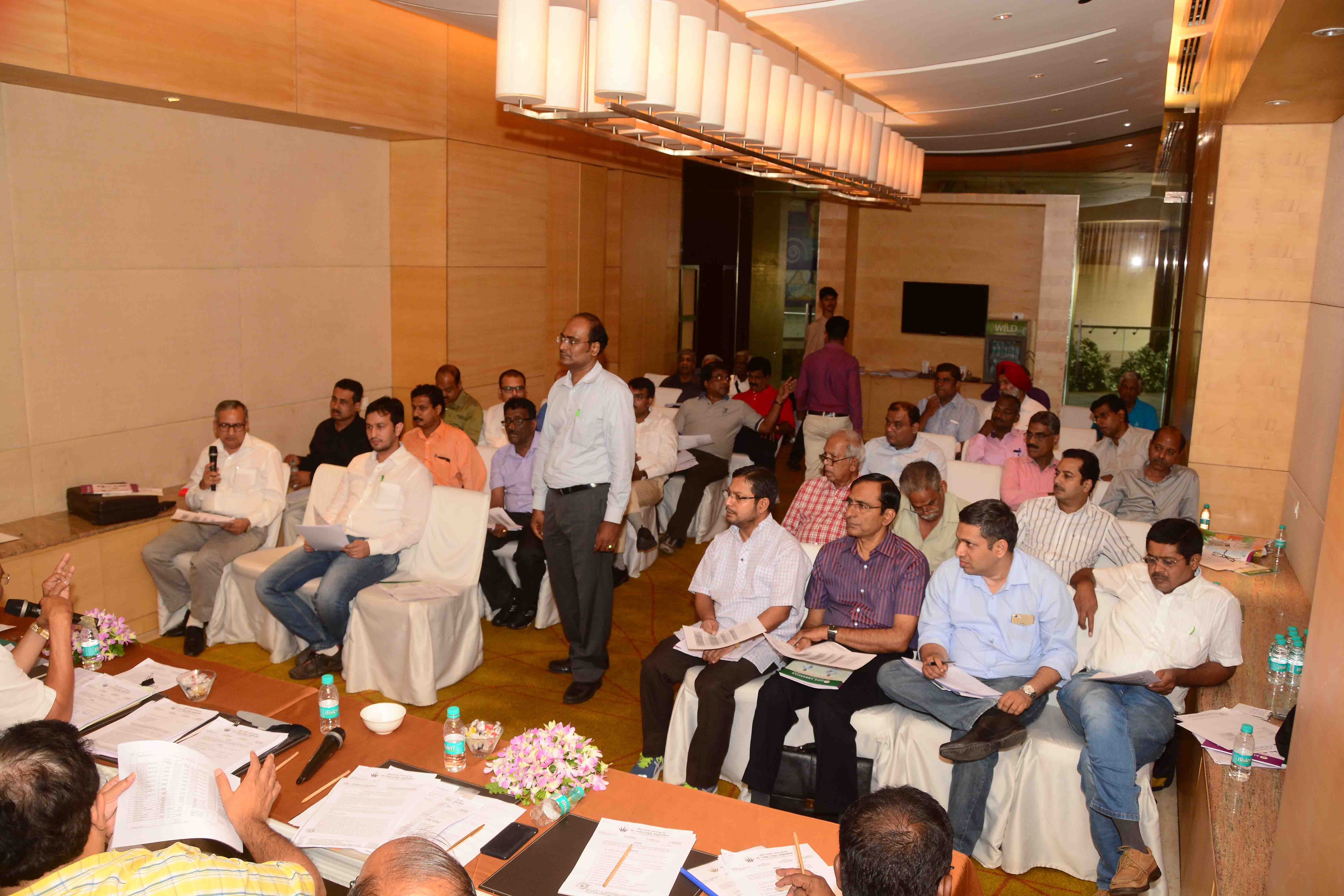