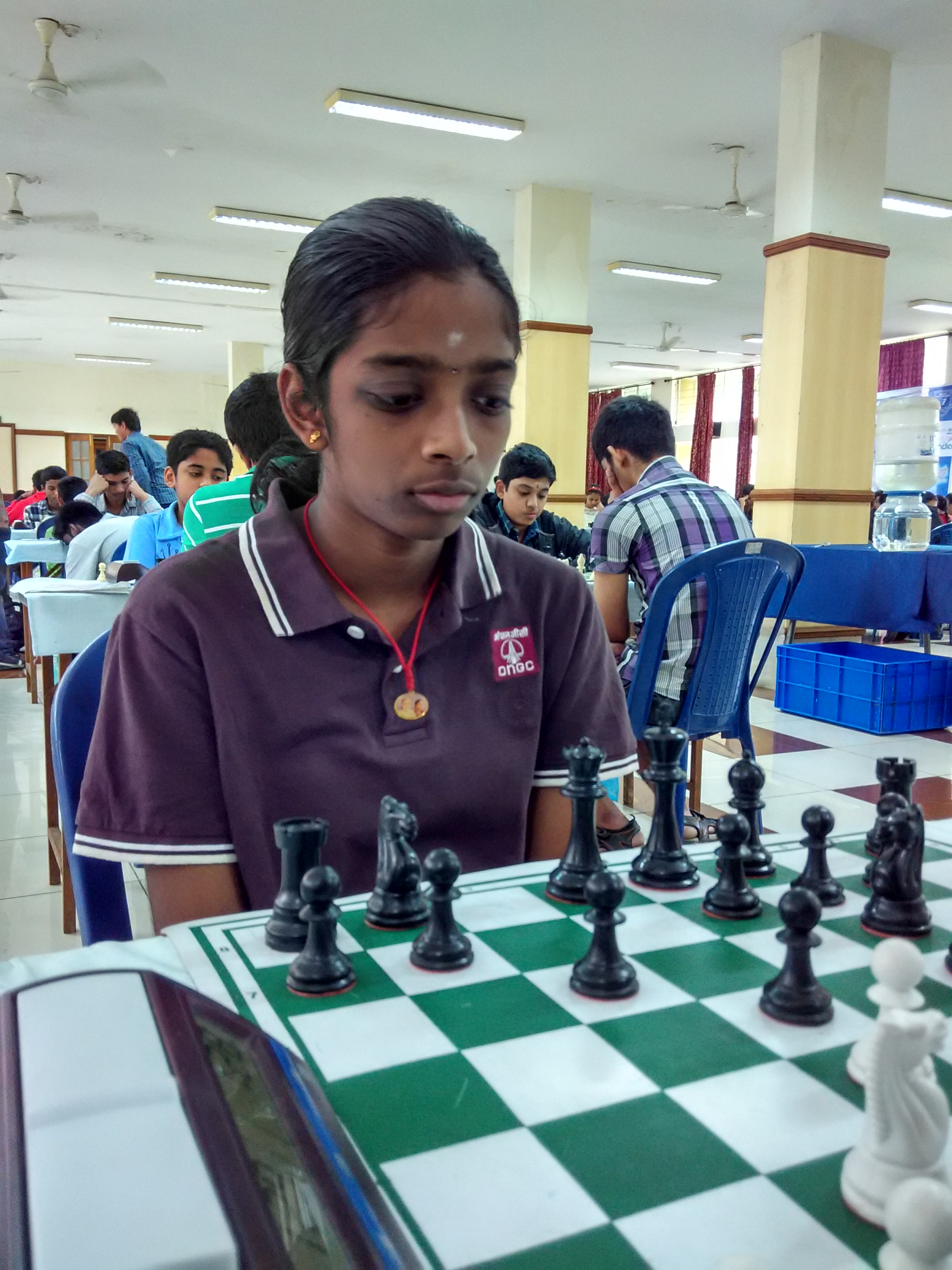 At the end of 9th round, in open section Vaishali R and Rajdeep Sarkar in top with 7.5 points each. Pranavananda V of Andra Pradesh in second place with 7 points. Krishna Teja of Andra Pradesh and Dananjay of Chattisgarh are in third place.

Krishna Teja  of Andra Pradesh and Rajdeep Sarkar (2233) of West Bengal played semi slav opening, Krishna Teja had advantage in the opening itself, but could not convert it. Krishna offered draw when the position became equal. Rajdeep agreed on 20th move.

Karthik V of Andra Pradesh and WFM Vaishali R of Tamilnadu played out Veresov Opening on the second board. Vaishali played well in the prepared line and won in 39 moves.

In Girls section, Varshini V of Tamilnadu remained top after winning the ninth round and scoring 8.5 points. Vantika Agrawal is fighting with 7 points in second spot. Mahalakshmi and Divya Lakshmi of Tamilnadu, Toshali of AP and Aditee Prabhugaonkar of Goa are in joint third position after scoring 6.5 points each.

Asian Youth Under 14 Girls Champion 2015, WFM Varshini V (2105) of Tamilnadu and WFM Potluri Supreetha of Andra Pradesh player closed Ruy Lopez on top board. When the start of game, Supreetha had one and half pint less and tried to share the point if possible. She blundered in time pressure and resigned in 34 moves.

Divya Lakshmi R and WFM Mahalakshmi M of Tamilnadu played on second board. Divya Lakshmi got a prepared positions in the middle game, which made her to pull down Mahalakshmi from higher position. Mahalakshmi resigned on 38 moves.